Parvin Dabas: Part of an actor’s research is rehearsal


The Khosla Ka Ghosla actor will next be seen as a psychology professor in the film, Mirror Game: Ab Khel Shuru.

In the past few years, we haven't seen much of actor Parvin Dabas, but he is making up for his absence with a handful of projects this year. One of them, Mirror Game: Ab Khel Shuru, will be out in the first week of June. Dabas spoke to Cinestaan.com about his role in the film and what attracted him to the character in the first place.

Dabas plays Jay Verma, a professor of psychology who comes across an everyday, normal guy. But as is the case in a thriller, Dabas shares that his character “starts to unravel especially because his wife is leaving him and wants a divorce. It’s what that does to his character and what he decides to do about it, is what the film is about.”

The entire film has been shot in the US, in the state of New Jersey. Dabas revealed that he wanted to stay in New York city because it has so much energy. He attended acting school in the city at American Academy of Dramatic Arts, whose famous alumni include Spencer Tracy, Robert Redford and Lauren Bacall.

“I worked a lot over there in various jobs [even] as a waiter. I grew up there, from a boy, I became a man. I learnt how to stand on my own feet. So it was always exciting, being in New York, walking around and discovering it again,” he said. 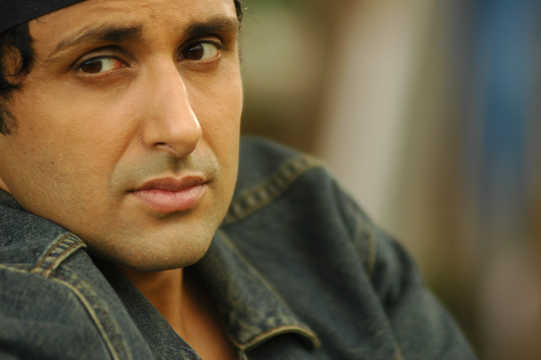 The college scenes were shot at Fairleigh Dickinson University where Ron Howard’s Oscar-winning film, A Beautiful Mind (2001). Dabas read up a bit about clinical psychology, but he says, “Part of [an actor’s] research is rehearsal, getting to understand the character and putting yourself in that situation. If I was in this position, what would I do? Or what would I be capable of doing?”

Dabas was also attracted to the film because “psychological thrillers are very rare in our country and cinema. That’s what I really liked about it. It’s something that cut through the clutter.”

He also talked about the different kinds of roles that are available to actors, even though there are now more actors vying for the same part. But he adds that he is looking out for “leading character roles where the leading actor is character-driven, so you can do something interesting. Or at least create something interesting even if he is a typical leading guy.”

Dabas had taken a break as he had a back problem. But he’s been busy shooting and will been seen in the film Kuldeep Patwal with co-stars Deepak Dobriyal and Raima Sen. He adds, “I’ve just done a special appearance in Madhur Bhandarkar’s Indu Sarkar in which I play an intelligence officer. Then I’ve just done a short film with him called Mumbai Mist for the BRICS film festival. The top directors from these countries are making a film each on [the theme] ‘Where has time gone?’”

He ends our conversation talking about how important it is for every film be true to its genre. He believes that Mirror Game: Ab Khel Shuru ticks that box. “It will hold the audience and provide a lot of twists and turns which the audience will not, I think, be expecting. The great thing about a psychological thriller or thrillers in general is when you come out, you’re thinking for some time,” he said.