The actress set a new fashion statement with her costume at the 'party of the year' in New York on Monday.

Priyanka Chopra knows how to make a statement, and where. While the actress is already the talk of Hollywood for her style and composure, her recent appearance at the Met Gala party has just put her on the marquee. The Met Gala, officially The Metropolitan Museum Costume Institute benefit, is often called the 'Oscars of the fashion world', and is known for the power combination of celebrity and fashion attendees.

Making her debut at the annual event, Chopra was dressed in a custom long trenchcoat, with a massive train, designed by Ralph Lauren. The edgy and bold act was a hit with fashionistas and fans across the world leaving little doubt as to why Priyanka Chopra is being hailed as a global fashionista. 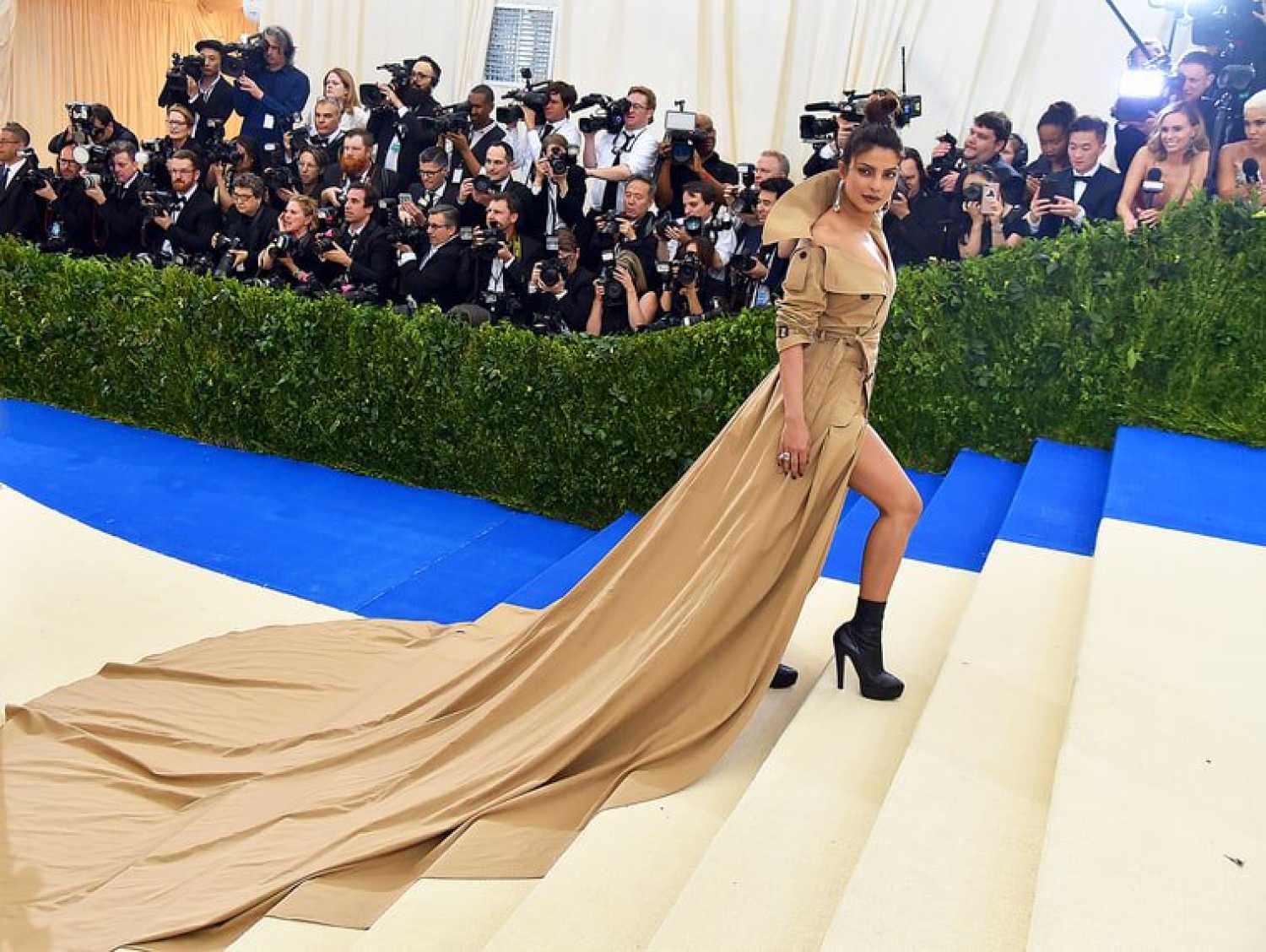 However, few matched the attitude and impact of Chopra's stunning attire. Pairing the long coat with black heels, Chopra's costume carried off the monochromatic theme of the outfit with elan. She totally rocked the Rei Kawakubo theme.

A post shared by patidubroffðÂÂÂÂÂÂÂÂÂÂÂÂÂÂÂÂÂÂ (@patidubroff) on May 1, 2017 at 4:11pm PDT

Chopra's makeup was done by Pati Dubroff, who recreated the 'glow that comes from being in a humid storm'(sic). The makeup only accentuated the fierce look of the star's costume, adding to the impact at the event.

Actually, this trench coat-gown by @RalphLauren on Priyanka Chopra is a weirdly great combo. #MetGala pic.twitter.com/bBZ8GQZsNT

Chopra posed alongside Nick Jonas, who was also dressed in Ralph Lauren. She even hung out with Sophie Turner aka Sansa Stark from Game of Thrones.

With the lovely @priyankachopra in our @ralphlauren looks for the #metgala2017

The Quantico actress is quite used to the red carpet after appearances at the Academy Awards 2016, the Emmys and the Golden Globes. But this Met gala praise will hold a special place.

And the last but not the least - here's how she got there.

In a stretch luxury van to take the most amazing @priyankachopra and @nickjonas wearing @ralphlauren at the #metgala pic.twitter.com/BHEQmq45iO