The Dangal director is adapting Varun Agarwal’s debut novel, How I Braved Anu Aunty and Co-Founded a Million Dollar Company, on becoming an entrepreneur and pursuing his dreams as his next film.

After the massive worldwide success of Dangal (2016) since its release, director Nitesh Tiwari has picked his next project. He will adapt young entrepreneur Varun Agarwal’s first book,  How I Braved Anu Aunty and Co-Founded a Million Dollar Company. The debut novel chronicles the former engineering student’s journey after graduation and the struggles in trying to set up his own company.

Big News : my book is getting made into a movie :) pic.twitter.com/XzbGAD5XQz

The 25-year-old author/entrepreneur shared the news on Twitter, writing “Big News : my book is getting made into a movie :)” Varun Agarwal is also a filmmaker who has worked with Preity Zinta and AR Rahman at 21. He runs three startups - Alma Mater which sells merchandise for students of schools and colleges, Reticular, a social media marketing company and Last Minute Films, a film production house. 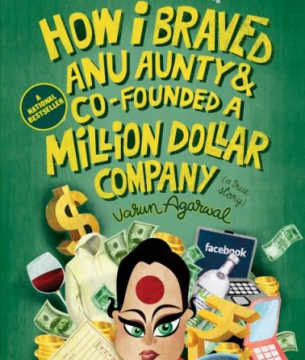 Varun Agarwal took up the challenge of writing a book after blogging online for a while. He wrote the entire book (around 50,000 words) in eight days! The ‘Anu Aunty’ from the title is an extremely nosy friend of Agarwal’s mother who always wanted to know what he was up to.