Pics: Priyanka Chopra brings the heat to Miami stepping out in a bikini


The Baywatch actress caught the eye of the US papparazzi while she took a break from the promotions of Seth Gordon's film to spend time with the sand and surf at Miami beach.

She might be the villain of the beach in Baywatch, but Priyanka Chopra shows no sign of getting away from it. The actress, who was in Miami for the promotions of Baywatch, was spotted enjoying her day off on Sunday (Mother's Day). Sporting a stunning bikini, the actress looked to be having fun, surrounded by friends and the sea.

Dressed in a green and white patterned bikini, the former Miss World looked like she could still make an entry into the competition. But the sheer delight of the actress enjoying herself in the ocean caught the eye of the lingering paparazzi.

Not that Chopra minded it a bit. Flashing her trademark radiant smile, the actress stepped into the Miami surf like she belonged. The fashionably dark sunglasses only added to the actress' style statement.

For fans complaining of Priyanka Chopra being the only actress not wearing a bikini in Baywatch, these pictures should be enough to raise the temperatures. The actress brought back memories of her gold bikini moment in Dostana (2008).

While the actress did hit the beach in a camouflage kaftan, a floppy hat, she soon set them aside to break out some serious style on the beach.

Just yesterday, pictures of the actress in a stylish navy blue two piece set the internet on fire. Well, you just can't beat Priyanka Chopra when it comes to style. There is no doubt why the actress is fast growing into a paparazzi favourite overseas. 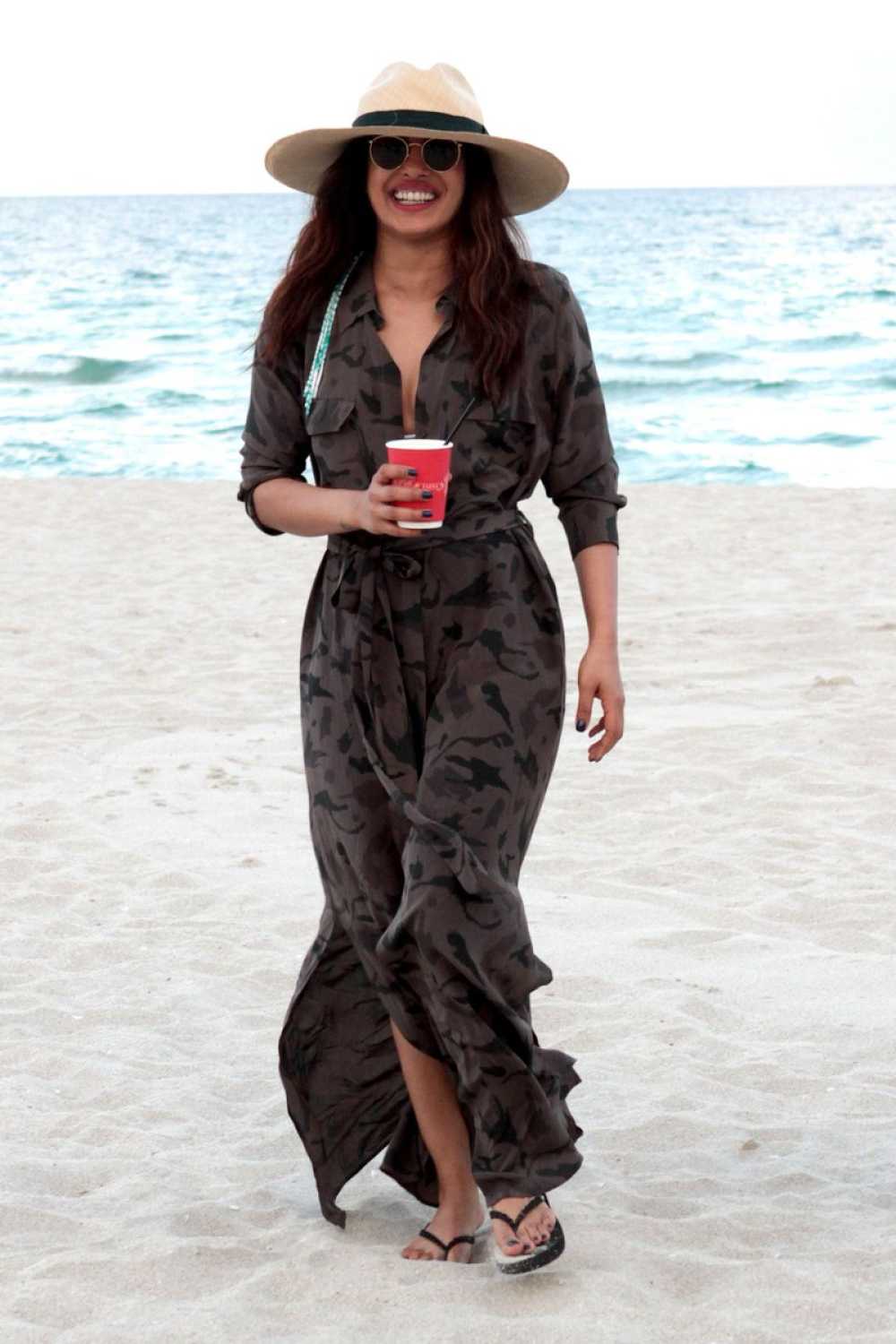 The actress does deserve her time off after wrapping up Quantico, and the promotions for Baywatch. Seth Gordon's movie version of the iconic television series releases in US theatres on 25 May, while it arrives in India on 2 June. 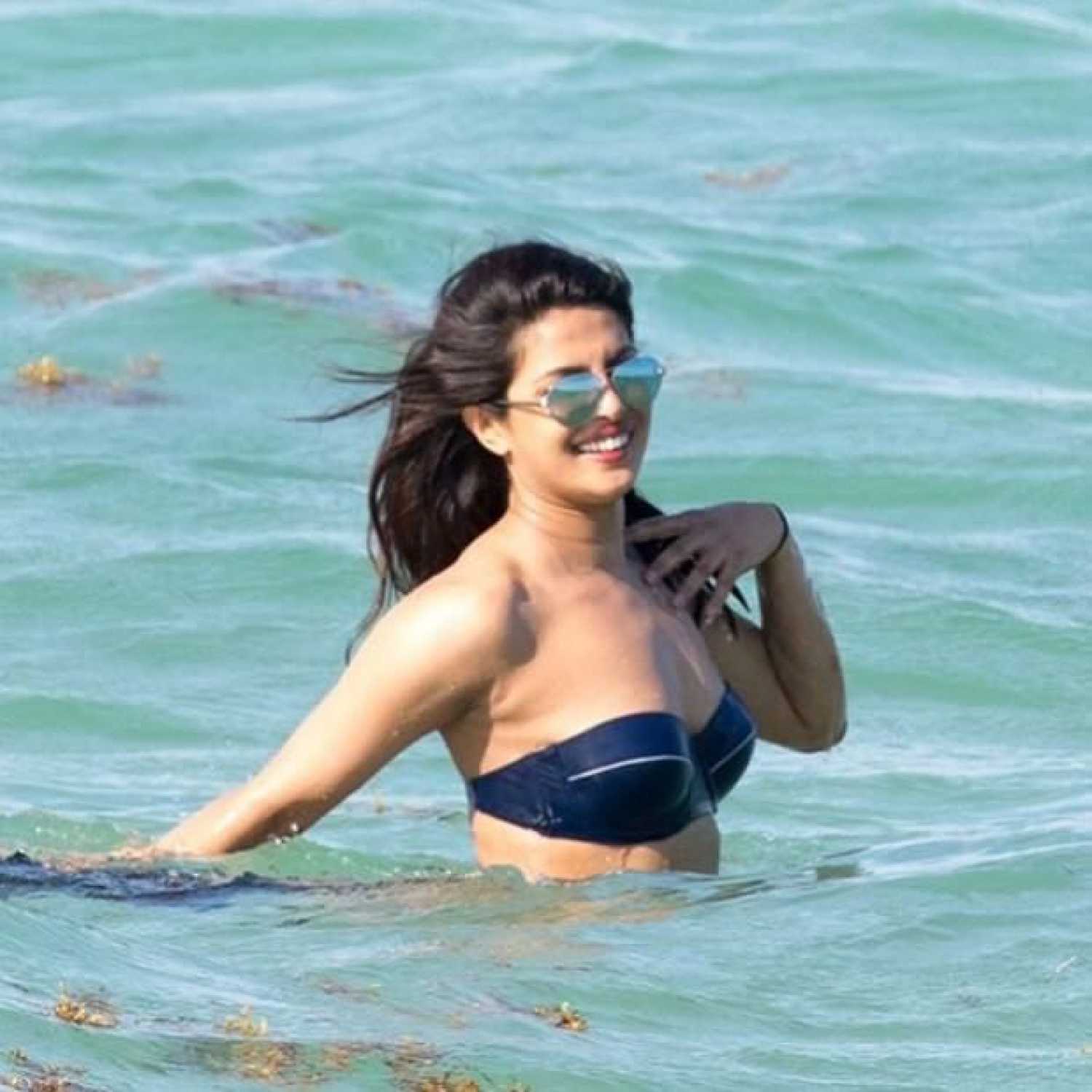