When Rajmata Shivagami had the fortune of working with Kanti Shah


Ramya Krishnan was a part of the celebrated trashy film, Loha.

Ramya Krishnan is receiving accolades for her act as Rajmata Shivagami in SS Rajamouli’s Baahubali: The Beginning (2015) and Baahubali: The Conclusion (2017). It is a performance that has made the character iconic. In fact, her character is as memorable as both Baahubalis (Prabhas) and Bhallaladeva (Rana Daggubati).

But Ramya had to struggle her way through, like most stars, to reach where she is right now. This also includes doing inconsequential roles in Hindi films like Jaggu Bhai (1996) and Shapath (1997).

But after going through her filmography, one would be surprised to know that she was also a part of director Kanti Shah’s iconic trashy film, Loha (1997). Seasoned followers of trashy films would know how trashy Loha was. 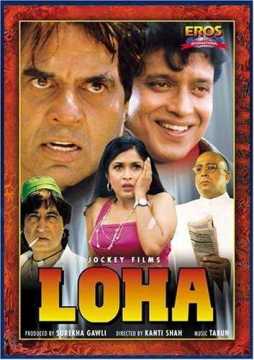 The film had everything one could expect from a B-grade film by Shah — ugly gangsters with no acting skills, silly fight scenes, cheesy dialogues, dance numbers and, of course, attractive heroines (not actresses). The filmmaker’s complete lack of research is seen in a scene where a drug mafia orders a delivery of 100 kilograms of drugs for a rave party!

Ramya enters the film in a pretentiously glamorous song, ‘Door Na Jao Ji.’  She plays Mithun Chakraborty’s (Arjun) love interest named Karishma. There is nothing more to her character. As it’s a Shah film, women are only used for the purpose of glamour.

In other words, after watching her in this film, it is difficult to believe that she is the one who played Shivagami.

We can call it her versatility.