On her Baywatch promotion tour, Chopra made an appearance on The Jimmy Kimmel Show talking about her Met Gala trenchcoat, 'dating' Nick Jonas, and David Hasselhoff.

Priyanka Chopra is on a whirlwind ride. The actress, who only returned to the United States on Tuesday from her tour of Africa as the UNICEF Goodwill Ambassador, made an appearance for third time on The Jimmy Kimmel Show. This time to promote her upcoming film, Baywatch. Needless to say, the actress rocked it with her quips about the 'world's longest trenchcoat' and hanging out with Rihanna and David Hasselhoff.

The conversation with Kimmel opened with him asking if the recent suspension of FBI director James Comey would have an implication on Chopra's job as Alex Parrish. Chopra quipped, "I can't tell you how many people have been tweeting me saying Alex Parrish should be nominated." Not that Chopra would mind the job, "I am just saying, she saved New York City, like twice," she added. When pressed, Chopra added while Parrish might take the job, Chopra might not really get it, only for Kimmel to respond, "Well, with Donald Trump, there is more a chance that he will ask Priyanka to be the FBI director, than an actual member of the FBI." 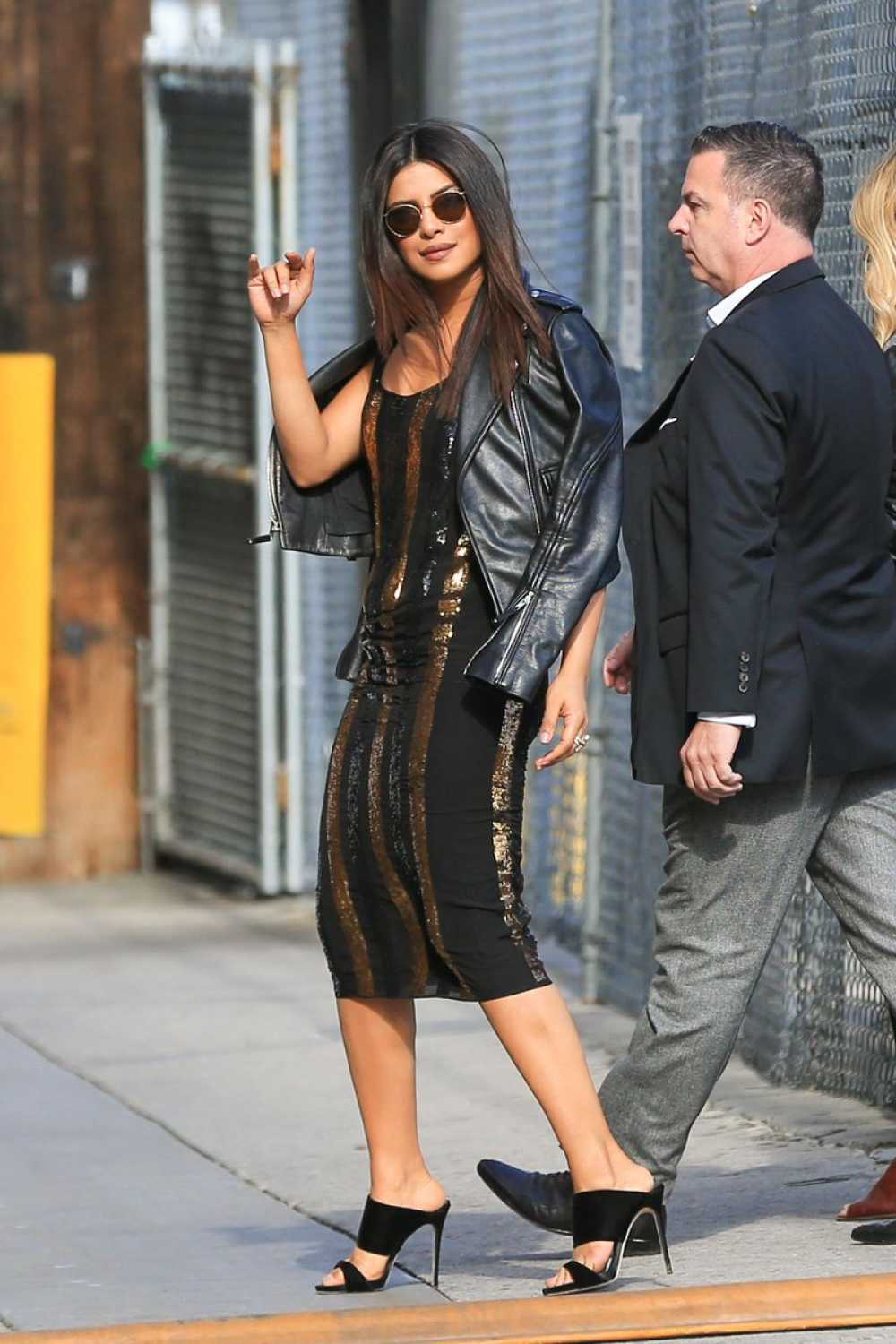 Naturally, the conversation veered to the iconic trenchcoat that Chopra wore to the recent Met Gala in New York. Dressed impeccably in a chic black dress with gold hues, Chopra went on to explain about how it was 'the world's longest trench coat' by Ralph Lauren. The actress went on to explain how the dress was chosen for the Commes des Garcons theme of the event, only for Kimmel to answer bemusedly, "I don't understand any word of what you said." The actress even revealed that she hung out at a party later with pop star Rihanna, and Nick Jonas, before leaving for Zimbabwe.

Kimmel even dragged in Chopra's 'one plus', Nick Jonas who attended the event with her. While Jonas, who also sported a Ralph Lauren suit, accompanied the actress since they were wearing the same brand, Kimmel had some doubts. "Are you dating Nick Jonas? Isn't he like 11 years old?" This was not the only star Kimmel tried to link her up to. When Chopra revealed how David Hasselhoff called her up after he shot for the Baywatch movie, Kimmel said, "I'll bet he did....What is he calling you for?" "He called me and he was like 'I would love to do something there'." Chopra revealed only for the host to butt in sarcastically, "He wants to make a movie with you in India? Well yeah, Oh boy! This is gonna be great."

Well, seeing her style and charm, you can hardly fault Hasselhoff to want to work with Priyanka Chopra.