Shubhra Gupta follows the course of Hindi cinema from the year 1995, with the emergence of Aditya Chopra’s Dilwale Dulhania Le Jayenge (1995) to Kabir Khan’s Bajrangi Bhaijaan (2015). The two decades since have seen a great shift in the way filmmakers, artistes and the audience has come to see Hindi cinema. Gupta’s choices show how these 50 films have been game changers, in their own unique way.

This excerpt is reproduced with permission from HarperCollins India. 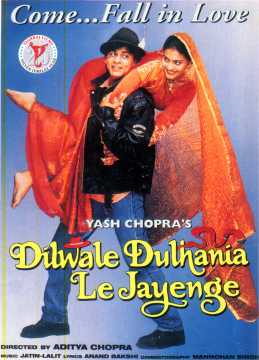 Some films are a flash in the filmi pan, here today, gone the same Friday of their release, not even a row sold in the first show. Some films do not stop running. DDLJ quickly became a most recognized acronym, a directorial debut to beat all debuts, and a movement, all rolled into one.

It is the film that made Shah Rukh Khan. Twenty years and counting, he is still right up there, on top. It made SRK–Kajol part of the evergreen Bollywood jodis. It gave debutant director Aditya Chopra the key to shape the future of Yash Raj Films, the most powerful studio in Bollywood. And it shaped the future of desi romance. After DDLJ, Bollywood became a different country, because all the screen dulhas had to follow suit, and take their dulhaniyas away.

The rebellion which coloured young love in the 1970s and ’80s, when the old order was tossed away by the turbulence of the new, was decisively put paid to in DDLJ. Raj will not run away with Simran, no. Not like Rishi Kapoor and Dimple Kapadia in Bobby. Nor like Kamal Haasan and Rati Agnihotri in Ek Duje Ke Liye. Or Aamir Khan and Juhi Chawla in Qayamat Se Qayamat Tak. Raj will only accept Simran if the union has the blessings of her family, especially her father who stands for all things traditional. 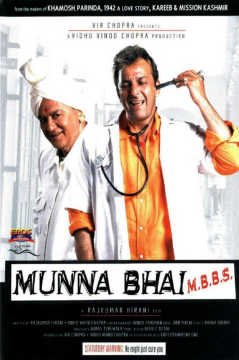 I think Sanjay Dutt, one of Bollywood’s bad, bad boys, was born to play Munna. From the moment he appears on screen, we know that he knows what he has to do, how he has to go, and where. As a character who is instantly likeable (we want to shield him when his parents – his father played by his real-life father, Sunil Dutt, a great add-on, and mom Rohini Hattangadi – discover that their beloved son is a liar and a badmash), Munna speedily goes where few filmi goondas have gone: straight into our hearts.

And Arshad Warsi, as Munna’s loyal sidekick, is perfect. Both Dutt and Warsi are inspired casting choices: there is no one else that we can think of when we think of these parts. Their tapori accents, their body language, their hilarious interactions with each other and with the other characters, including the girl who plays Munna’s love interest, is all of a piece.

And the reason Munna Bhai M.B.B.S. is such a rollicking entertainer which has weathered its years well (its sequel Lage Raho Munna Bhai was equally good; a third Munna Bhai got stalled because of its leading man’s trysts with prison on account of an old criminal case, even though a promo was shot and sent out) is Raju Hirani, who is determinedly old-style in the way he fashions his films. He isn’t making his films for a particular kind of audience. He is making his films for everyone. This is a gift that Hindi cinema had in abundance in the 1960s and ’70s when the pan-Indian film was almost the only kind that film-makers aimed for. It was the kind of cinema which was called mass, and the film was like a thali, with a little bit of everything – romance, comedy, drama, tragedy – all rolled into one. 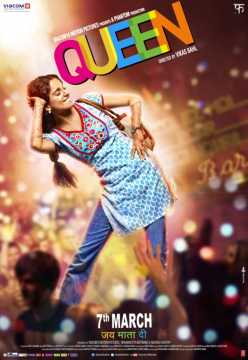 For Bollywood, Rani is a tipping point. It shows a girl with agency. Making a choice. Turning her back on a man. To be on her own. Rani is not some convent-educated, full-of-airy-fairy-notions, English-spouting shrew who needs to be taught a lesson. She is fashion-street knock-off-wearing, protected, middle-class desi girl who has been taught that the ‘piya ka ghar’ is her natural post-shaadi habitat. When she throws off that yoke, and walks into the sunset, it is a huge moment.

Kangana Ranaut, who had been stuck doing a slew of unhappy, battered characters, broke out with Queen (she is credited as a co-dialogue writer for the film) and delivered a stunningly assured, grounded performance. She’s now popular enough for films to be written around her, which is always something to be remarked upon in the big male-star-dominated film industry.

Queen wanting to make it on her own is a big thing. Pink wields its message as a bludgeon, and is an even bigger breakthrough. What these films say has not been said enough in mainstream Bollywood, but will now hopefully be heard more and more: women can and will drive more narratives, and make more meaning.