As the Phillauri actress and producer turns a year older, we trace her journey in Hindi cinema from Rab Ne Bana Di Jodi (2008) till today.

From her first film, Rab Ne Bana Di Jodi (2008), directed by Aditya Chopra and co-starring Shah Rukh Khan, Anushka Sharma seemed to have made it. Even though all eyes were on Shah Rukh Khan (his last film had been the blockbuster Om Shanti Om in 2007) and Aditya Chopra (who was returning to direction after eight years), the audience was curious about the newcomer with no prior acting experience who bagged one of the most sought after film role.

It was a dream debut, and in the years since Anushka has shown audiences through her performance and choice of parts how different she is from the ‘typical Hindi film heroine’. Born in Ayodhya on 1 May 1988, Anushka grew up in Bengaluru and eventually became a model.

Anushka admitted that she first thought of becoming an actress after watching Imtiaz Ali’s Jab We Met (2007) and seeing Kareena Kapoor’s role. It was something she could relate to. In her first film, she took on the role of Taani Gupta, a simple young woman from a small city who eventually grows to love her husband as they get closer when they compete in a dance competition.

Her second film, Badmaash Company (2010) did not really bring her much notice, but it was with first-time director Maneesh Sharma’s Band Baaja Baarat (2010) opposite a new hero, Ranveer Singh, that Anushka finally broke through. Her character of Shruti Kakkar was a no-holds barred, ambitious Delhi girl who dreamed big. And audiences dreamt alongside her, wanting her to succeed.

In past five years, Anushka Sharma has seen many highs and lows, but the highs have outweighed the lows. She has commented in interviews that success has calmed her and the roll call of directors she’s worked with in the last few years, reads like who’s who of Hindi cinema – Yash Chopra, Vishal Bhardwaj, Rajkumar Hirani, Zoya Akhtar, Anurag Kashyap, Karan Johar and Imtiaz Ali. Some big films she worked in, like Matru Ki Bijlee Ka Mandola (2013) and Bombay Velvet (2015) did not work, but that did not stop her from taking on more risks in the type of films she was doing.

Like Shah Rukh Khan, her co-star of three films now, Anushka is a rare breed, an outsider, not a star kid, who has quickly risen to the top in the nine years since her debut in 2008. Associate director, Kshipra Jain, who worked with Anushka in Bombay Velvet (2015) said Sharma is very warm as a person. “[Anushka] is very cool and chilled, I’m very fond of her. No tantrums at all,” Jain texted back from a shoot.

Two years ago, Anushka also turned co-producer with NH10 (2015), directed by Navdeep Singh. The film was an unusual first film – NH10 was given an adult certificate due to its violent subject matter but the small film made at a mere Rs13 crore, proved to be profitable for Phantom Films and Anushka’s banner, Clean Slate Films, which she runs with her brother Karnesh.

Neil Bhoopalam, who played Anushka’s husband in NH10, spoke to Cinestaan.com about Sharma as an actress and producer. He said the only time he ever saw her stressed was when the release date was pushed back. Bhoopalam feels that “this is what she was born to do. As an artist to entrepreneur, she’s a prime example of that.”

Coming from an army background and being thrust into the national spotlight with her first film must not been easy, but Anushka has adapted well over the years. “She manages to showcase, and I don’t know how, very real dilemmas and being vulnerable or being strong, which are basic emotions, but in order to try and recreate it, as an artist. Even if you don’t know and you see her performances, it’s Diwali in one package,” Bhoopalam said. 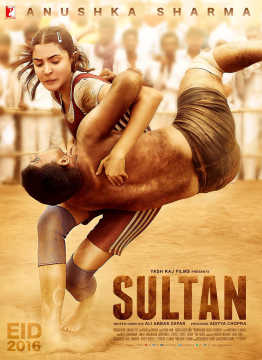 A popular actress now, Anushka has worked with all three Khans – from Shah Rukh to Aamir Khan in Rajkumar Hirani's PK (2015) and finally with Salman Khan in the latest blockbuster hit Sultan (2016). But that hasn’t stopped her from speaking about issues that actresses face on a daily basis, from online trolling to the unequal gender pay gap that persists to this day.

In a 2015 interview with Anupama Chopra, Anushka had stated, “We talk about how in small towns women get discriminated against, but it happens even here. It’s very, very apparent.” She also called out the industry for underpaying their actresses, remarking, “If there’s an actor at the same stature as me, who’d be able to bring in only that much money to a film, he’d still get paid more than me because he’s a guy.”

Over time, Anushka has worked hard on her craft, shown her gifts as a natural actor. She comes across as quite driven, which is evident with the kinds of roles she enacts and the projects she picks up to produce. For Clean Slate Films’ second project, first-time director Anshai Lal helmed Phillauri (2017), a one-of-kind love story where Anushka played a friendly ghost. Co-starring Diljit Dosanjh and Suraj Sharma, the film received a lukewarm response at the box office, but that will not deter her from producing more such films with different stories. 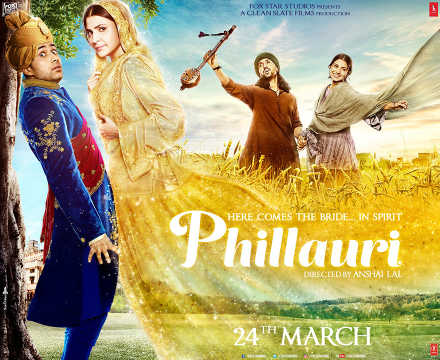 Haraamkhor (2016) director Shlok Sharma recently directed Anushka for an upcoming ad for the Swachh Bharat initiative, as she is the new face of the campaign. The one-day shoot was hectic as they only had a few hours to complete it.

Shlok told Cinestaan.com, “We worked together for eight hours. She never made me feel that I’m a first-timer. There’s always a pressure to direct stars in time constraints. But it was a wonderful experience. She would listen carefully when I would direct her. There were no airs that I’ve worked so much already.”

Shlok also feels that Anushka gives her work much importance and has a great desire to work. With the films she produced, Shlok believes that she “is in search for talent.”

In nine short years, Anushka Sharma has managed to make a place in the Hindi film industry and at the rate she’s going, we can just sit back, watch and cheer her on.