Shaikh's characters were often a projection of his own personality — simple, elegant, gentlemanly. The quiet actor, who passed away in 2013, left behind a legacy of performances that are remembered with love by actors and fans. On his 69th birth anniversary today (25 March), we take a look at the man who elevated the portrayal of the middle class in his roles.

Think Farooq Shaikh and it is likely that you will break into a smile. The quiet, handsome gentleman was one of Hindi cinema's widely adored personalities. From his predecessors and peers to the younger generation of actors, there would be hardly anyone with a bad word for the actor. This respect stems from Shaikh's personality as much as his ability to imbue his characters with his own middle-class sensibility. Versatile and tactile, Shaikh's characters were subtle in their mannerisms but left a deep impact on the audience. 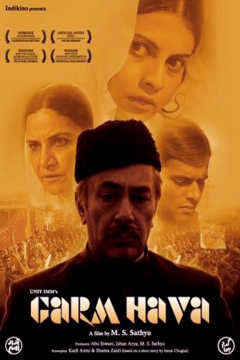 Playing the young turk struggling with discrimination, and his father's hopes for India, Shaikh delivered a consummate performance in his MS Sathyu's partition epic. It was his first film and a debut that people still remember. 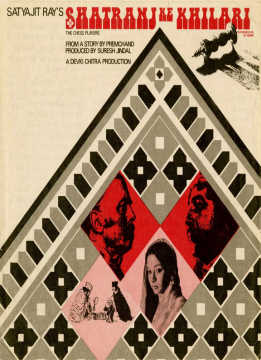 Satyajit Ray's only Hindi film revolved around the tete-a-tete between the two hedonistic nawabs played by Sanjeev Kumar and Saeed Jaffrey. With an array of talents — from Sir Richard Attenborough, Amjad Khan, Shabana Azmi and Sanjeev Kumar vying for space in the story — Shaikh managed to hold his own with a steady performance as the young rake who seduces Jaffrey's wife in the film.

In Muzaffar Ali's underrated film about the sorrows of a migrant in a large city, Shaikh played the taxi driver from Uttar Pradesh who dreams of making it big. The film also starred Smita Patil, and a then unknown, Nana Patekar.

In a film that was all about Rekha aka Umrao Jaan, Shaikh had the tough job of trying to get people to notice him. Playing the elegant, noble Nawab who falls for the enigmatic poetess courtesan, Shaikh was perfect. His nobility was the perfect foil for the mystique of Rekha's Umrao Jaan Ada.

This will remain Shaikh's most memorable if not best work. As the shy yet adventurous young man in search of love, Shaikh stood out in Sai Paranjpye's film. His chemistry with Deepti Naval proved to be one of the iconic moments of the 1980s.

Another film with Deepti Naval, Saath Saath is often ignored for its staid story and uninventive cinema. But the film was raised by the quality and level of its songs. The sight of Shaikh singing Kaifi Azmi's verses in Jagjit Singh's voice in 'Tumko Dekha Toh Yeh' is a wonderful memory.

Sai Paranjpye's second tryst with the Shaikh-Deepti Naval combination had a unique difference. In Katha, Shaikh veered from his personality to play the rakish flirt, Bashudev, while Naseeruddin Shah played the shy Rajaram, trying to woo Naval's Sandhya Sabnis. It was a wonderful change of pace for an actor who was often stereotyped as the 'good guy'.

Since the 2000s, the actor in Shaikh had shifted gear. Dibakar Bannerjee's noirish Shanghai was one of Shaikh's standout performances during this period. As the corrupt IAS official who tries to keep everything under wrap, Shaikh was at his slimiest best. Even in his autumnal years, he displayed the sense of character that defined his work.

A wonderful little film about the changing dynamics of relationships, Listen...Amaya had Shaikh at one of his subtle best. His humour, effortless dialogue delivery and casual presence made it one of the most delightful films of the year.

One of his last films was Ayan Mukherjee's blockbuster, Yeh Jawaani Hai Deewani. Playing the 'cool dad' to Ranbir Kapoor, Shaikh displayed the poise and culture that made him a favourite to all generations. It remains a role that brings back waves of nostalgia for fans who remember the gentleman actor.