The Thugs Of Hindostan actress was trolled for posting a picture of herself in a monokini on a beach 'during the month of Ramadan'.

Fatima Sana Shaikh might want to go 'Dangal' on some trolls right now. The actress posted a couple of pictures in which she is seen sunning herself on a beach in a monokini and earning the wrath of some dearly devout internet trolls.

While the pictures show the Dangal (2016) actress in a completely new light, a number of people on the internet did not take too kindly to the actress posing in a monokini during the month of Ramadan.

The comments ranged from accusations of the actress having given up Islam to having accepted 'money as the new religion'. This is just one of the many recent cases in which trolls have taken on actresses. 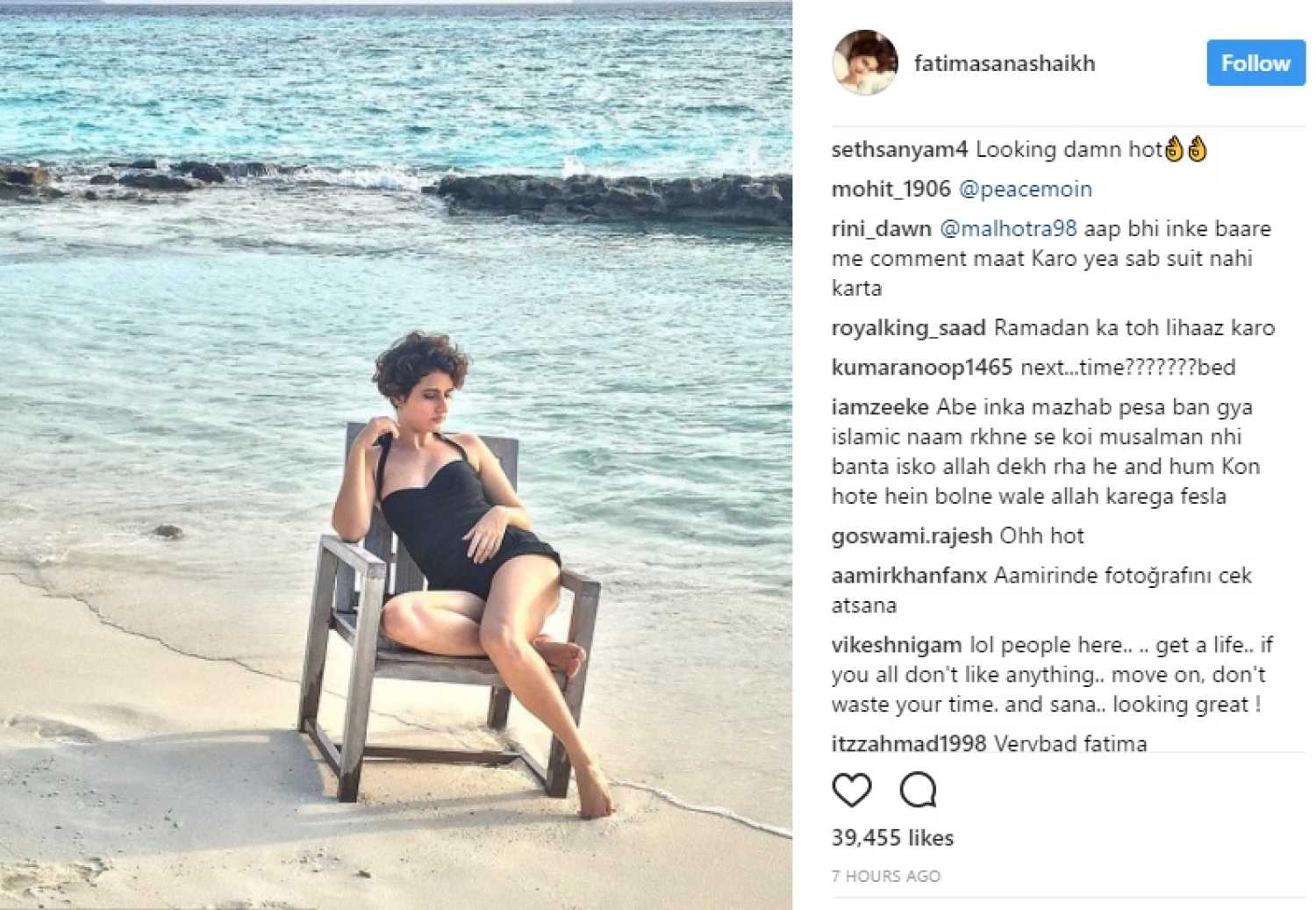 Not that the actress has any cause for worry. There seem to be enough fans willing to step up in defence of her freedom to wear what she wants. While the war of words on her Instagram page appeared to be escalating, the actress seems to have coolly ignored the trolls.

Shaikh will be seen alongside Aamir Khan and Amitabh Bachchan in Thugs Of Hindostan.