One look at Richa Chadda's first look from her upcoming movie 3 Storeys reminds you of Madhuri Dixit. The look and attire in peculiar will take fans back to one of Dixit's most popular song 'Humko Aaj Kal Hai Intezaar' from the movie Sailaab (1990).

The actress is a part of the upcoming Farhan Akhtar production, 3 Storeys. The film will see Chadda join Pulkit Samrat, and Renuka Shahane share screens. 3 Storeys will be directed by debutant director, Arjun Mukherjee.

The film is a collaboration between Ritesh Sidhwani and Akhtar's Excel Media and B4U entertainment. Sidhwani tweeted a motion poster of the film a week ago.

The makers have been inspired for Chadda's look in the film from the 1990s movie. Chadda adores Dixit a lot and in fact looks up to her as one of the idols from the industry. 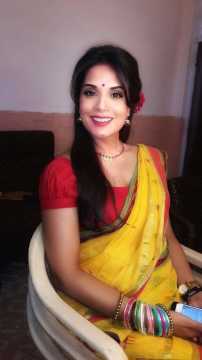 The film is a story of three parallel stories set in a residential colony in Mumbai and has Renuka Shahane, Pulkit Samrat and Sharman Joshi in other roles.

3 Storeys is expected to be ready for release by 25 August.