On her 43rd birthday, we take a look at how Karisma Kapoor's career peaked in the late 1990s just before she gave it all up.

A fourth-generation artiste from the Kapoor family, it could be said that Karisma Kapoor had acting in her blood. Her great-grandfather, Prithviraj Kapoor, acted in India’s first talkie film Alam Ara (1931) while grandfather Raj Kapoor was nicknamed Indian cinema’s showman for the films directed and produced under his RK Films banner. Her father Randhir Kapoor had a comparatively average career as actor and director.

Karisma Kapoor made her debut in Hindi films just shy of 17 with K Muralimohana Rao’s Prem Qaidi (1991) opposite Harish Kumar. She became the first female from the First Family of Hindi cinema to join acting. Her mother Babita and aunt Neetu Singh (married to Karisma’s uncle, Rishi) both gave up their acting careers once they got married.

Her first film launched her into the industry and Karisma Kapoor lined up a steady stream of roles thereafter. She had a mixed bag of releases, and even if the film was a hit like Jigar (1992) opposite Ajay Devgn, the film’s success was attributed more to the lead actor than to Karisma. In the 1990s, there were few heroines, like Madhuri Dixit and Sridevi, who could walk away with the credit for a film becoming a hit. 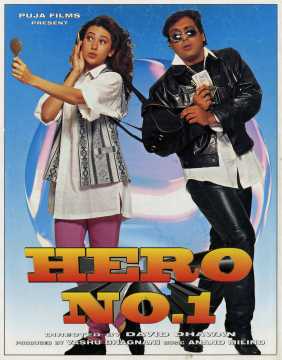 Along with director David Dhawan and actor Govinda, Karisma was part of a number of hit films like Raja Babu (1994), Coolie No 1 (1995), Saajan Chale Sasural (1996) and Hero No 1 (1997). The films may have been dismissed by critics but were loved by the masses.

For the most part of her career, all Karisma Kapoor had to do was look glamorous and dance well. It was in Dharmesh Darshan’s Raja Hindustani (1996) opposite Aamir Khan that she was finally noticed for her acting. She won her first Filmfare award for Best Actress for this remake of Jab Jab Phool Khile (1965). 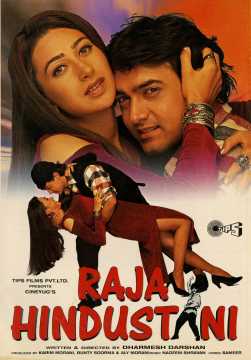 Karisma also had an image makeover in the film, courtesy of designer Manish Malhotra. Dressed in colourful saris and in a glossy straight wig, she also began to get noticed for style after this and the actress has continued her association with the designer till date.

Following the success of Raja Hindustani, Karisma signed on to Yash Chopra’s Dil To Pagal Hai (1997) where she had a smaller part compared to the two leads, Shah Rukh Khan and Madhuri Dixit. Like her co-stars, she also took home a Filmfare trophy (as Best Supporting Actress), but she was also singled out for her acting at the National awards the following year.

After a successful 1999, when she had hit films like David Dhawan’s Biwi No 1 and Sooraj Barjatya’s Hum Saath-Saath Hain, she followed it up with Khalid Mohamed’s Fiza (2000). Karisma played Fiza, a young woman who loses her brother Amaan (played by Hrithik Roshan) in the 1992-93 Mumbai riots. Her character is the glue that holds the family together. She persists in keeping up her search to find her brother and when she does find him aligned with a terrorist network, she has to think of the greater good of society.

Karisma Kapoor won her second Filmfare award for Best Actress, proving that the first one was no fluke. The film’s review in Screen magazine said of her performance, 'Karisma Kapoor as Fiza is at her best.'

The next year, she again picked the challenging role of Zubeida Begum in Shyam Benegal’s Zubeidaa (2001). With a script by Khalid Mohamed, who based the film on the life of his mother, Karisma put in a strong performance as an impressionable woman who bounces back after a failed marriage and gets caught up in royal romance. Acting alongside Rekha, Manoj Bajpayee and Amrish Puri, she managed to stand out in the period film.

By 2002, Karisma had reduced the number of films she was working on and her last prominent role was in producer Boney Kapoor’s Shakti: The Power. The film has a supporting role by Shah Rukh Khan and Aishwarya Rai Bachchan made a special appearance in a song, but it was Karisma’s film all the way. 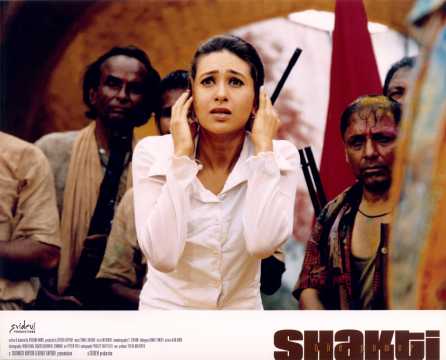 Karisma played Nandini, an NRI living happily with her husband and young son in Canada. When the family returns to India for an occasion, they are caught up in the violent ways of the land and, eventually, Nandini loses her husband in the turf war. Her powerful in-laws, headed by Narasimha (played by Nana Patekar), does not allow her and her son to leave the country. What follows is a struggle as Nandini tries to escape from their clutches and return home.

Karisma Kapoor married businessman Sanjay Kapur in September 2003 and gave up acting after that. She did not return until 2012’s Dangerous Ishhq, directed by Vikram Bhatt, reportedly her comeback film, but it failed to make any waves with either audiences or critics.

Her younger sister Kareena and cousin Ranbir have been appreciated more for their acting talent, but it was Karisma who first led the path for the next generation.