What is the mysterious 'Red Circle Theory' at the centre of Jagga Jasoos?


In a recent interview, Ranbir Kapoor revealed that the plot of Anurag Basu's Jagga Jasoos stems from the mysterious 'Red Circle Theory' in Buddhist philosophy.

Anurag Basu's frothy, multi-coloured visuals of the quirky Jagga Jasoos have been received positively by audiences. The film has already caught the attention of fans, who are already trying to figure out the story of the film. The director and Ranbir Kapoor might have let out that secret themselves.

In an interview with film critic Rajeev Masand, Kapoor and Basu let out some details of the film that might give away some vital secrets. Speaking about why the film's story appealed to him, Kapoor said, "Just the story of the father-son. Their relationship. Not even his real father, but his stepfather. About this Red Circle Theory. All these elements kind of touched me. " 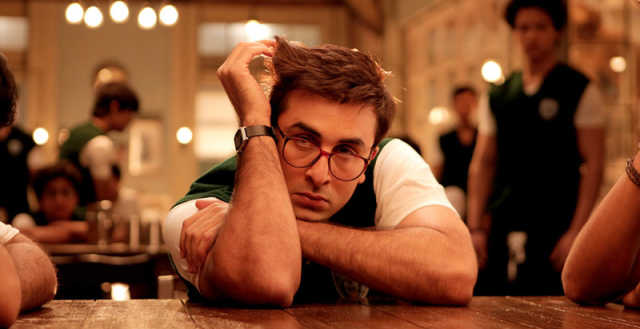 The statement reveals two things. One, that the entire adventure begins when Kapoor as Jagga Jasoos sets out in search of his 'stepfather'. While there were stories that Govinda is set to play that character, it is now known that Bengali actor, Saswata Chatterjee, will play that role.

The more curious part is the talk about the 'Red Circle Theory'. Later, director Basu elaborated about it saying, "If you look at all these Japanese, Korean countries, where Buddhism is, they tie this red thread when they get married. Whenever two people have to meet, they come inside that red circle, and the thread symbolises that. It is destiny. At one given point of time, you and me are sitting here, maybe it is pre-written. We played on that philosophy." Basu is partly right.

The Red Circle Theory of Buddhism refers to a belief in the pre-written destiny that brings together particular individuals at specific points in their lives, despite their efforts to walk away from each other.

A random Google search for 'The Red Circle Theory' though leads to the 1970 French noir film by Jean-Pierre Melville, Le Cercle Rouge (The Red Circle). A major influence on the French New Wave cinema (led by Jean-Luc Goddard, Francois Truffaut, Agnes Varda among others), Melville was known for minimalist noir thrillers like Le Samourai (1967), Le Doulos (1962) and Le Cercle Rouge (1970).

It is the last of the three that holds an interesting connection to Basu's film. Le Cercle Rouge deals with the story of a bank heist, involving three intensely suspcious criminals. Despite their many attempts to pull out from the heist, they end up trying to complete this fatal enterprise.

Melville, who once wanted to be an author, wrote an epigraph for the film that read "Siddhartha Gautama, the Buddha, drew a circle with a piece of red chalk and said: 'When men, even unknowingly, are to meet one day, whatever may befall each, whatever the diverging paths, on the said day, they will inevitably come together in the red circle'." 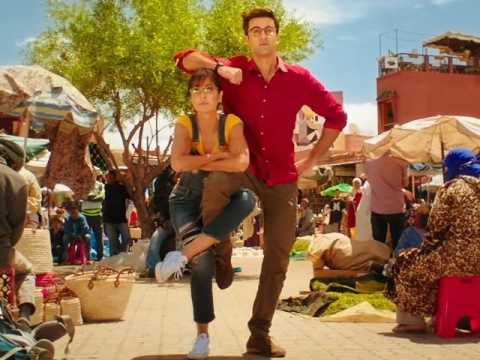 While Basu's film is far more light-hearted and optimistic than the French film, it does have similar threads. The plot of Jagga Jasoos revolves around the search for Jagga's father, or stepfather as Kapoor says, and leads to several adventures. The trailer reveals that it is Katrina Kaif's character, Shruti, who is the extrovert and the person in charge of the adventures. The scenes also point out to the hesitance of Jagga to follow Shruti's leads into the adventures. It is quite possible that despite their differences, the three (Jagga, Shruti, and the stepfather) find themselves inevitably dragged to the 'red circle' unable to escape each other.

Incidentally, the real life history of the film's shooting also shows a touch of predestination. At one point of time, subjected to several delays, there were questions raised if the film would ever release. The publicised break-up between Kapoor and Kaif further added to the delay. But true to Basu's 'Red Circle Theory', the three ended up together completing the film. Like Basu says, 'Maybe it is pre-written'.