Ranveer Singh, Varun Dhawan, and Arjun Kapoor
give your opinion

Yesterday, the evergreen Anil Kapoor dared the next generation of the Hindi film industry, including nephew Arjun Kapoor, with a fashion challenge. He tweeted a photograph of himself from what seems like the 1970s, rocking a red outfit (with a matching red cowboy hat) that can only be called ‘unusual’, and wrote: ‘I’ve been breaking fashion boundaries way before you guys!'

I've been breaking fashion boundaries way before you guys! @arjunk26 @RanveerOfficial @Varun_dvn I challenge you to beat this! Up for it? pic.twitter.com/wtkF3LmMov

Anil then tagged actors Arjun Kapoor, Ranveer Singh and Varun Dhawan and said, 'I challenge you to beat this! Up for it?'

We have got three options for submission for Mr Kapoor from the three young actors. 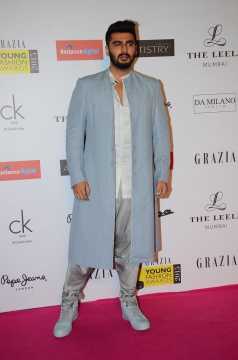 Up first is Arjun Kapoor whose next film will be Mubarakan (2017) with his uncle. Arjun can be seen in this baby blue coat, matching boots, a white shirt and silver-gray trousers which he wore to the Grazia Young Fashion Awards in 2015. He is quite casual in his fashion choices, so this one seems like a strange choice from the boy next door. 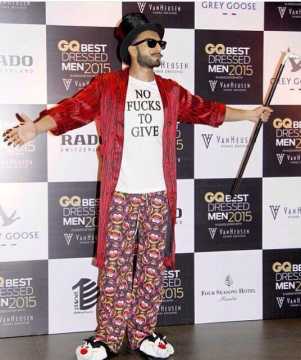 Next up is Ranveer Singh, who on a given day can be both the best dressed and worst dressed man in Indian cinema. We present his red carpet pyjama wear (with the Cookie monster pants), Sylvester the cat fluffy slippers, red jacket and with top hat and walking stick. The cherry on this outlandish outfit was the empowering message on the white T-shirt which reads ‘No Fucks To Give’. Well played, Ranveer, well played! 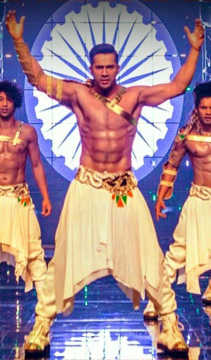 Finally, Varun Dhawan is quite the fashionable dude in real life, so we had to look at his reel work to find something eccentric. We found it in ABCD 2 (2015), in the song ‘Vande Mataram’, where Dhawan's abs distract from the truly absurd dance costume — a crossover between a dhoti and pants with gold accentuations.

Will these three looks make the cut for Anil Kapoor?