From Toilet: Ek Prem Katha to Tiger Zinda Hai, here are the upcoming films that are keenly awaited.

The first half of 2017 hasn’t turned out to be favourable for the Hindi film industry. Like every year, the first six months saw a whole lot of films hitting the theatres. However, only a handful received a thumbs up from the audience. These include, Jolly LLB 2, The Ghazi Attack, Badrinath Ki Dulhania and Hindi Medium.

But, as they say, ummeed pe duniya kayam hai (hope keeps the world alive). The second half of 2017 has an interesting line-up of films. 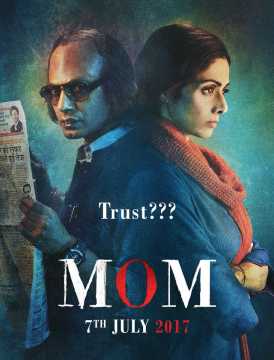 Sridevi is making a comeback as the central character after English Vinglish (2012). There is keen interest in Sridevi's character as a mother on a mission. Although Raveena Tandon’s Maatr – The Mother was also based on a similar theme, the film hardly got any audience. Mom also has an interesting supporting cast of Akshaye Khanna and Nawazuddin Siddiqui. 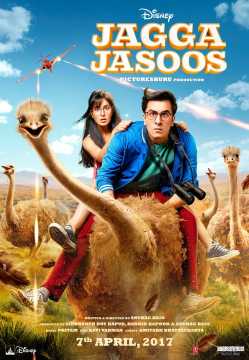 Jagga Jasoos has been in the making right since Ranbir Kapoor and Anurag Basu completed their last film together, Barfi (2012). However, despite the five-year wait for the film's completion, the eagerness for it hasn't diminished. The promos display the fresh and colourful vibe of the film. And needless to say, it will be interesting to see the chemistry of rumoured ex-lovers, Kapoor and Katrina Kaif. 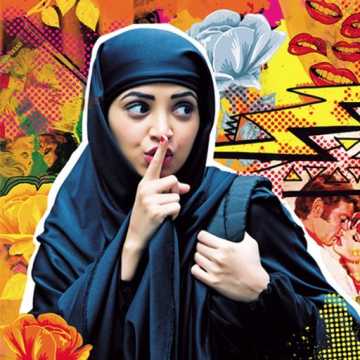 The film has been in the news for the Central Board of Film Certification (CBFC) refusing to clear it earlier for it being ‘lady oriented.’ It was finally cleared for release after much back and forth. To see a film where women express their sexuality is indeed rare in India. Lipstick Under My Burkha has already impressed cinegoers at various festivals, where it has won awards as well. 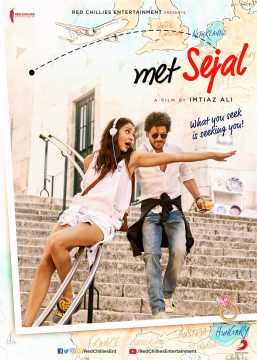 When one of the biggest superstars in the world features in a film, it surely creates an interest among the masses. The anticipation level for Jab Harry Met Sejal is more as Shah Rukh Khan and Imtiaz Ali will come together for a project for the first time. The filmmaker isn’t known for making money-minters, but he surely has a knack for making films that move you. 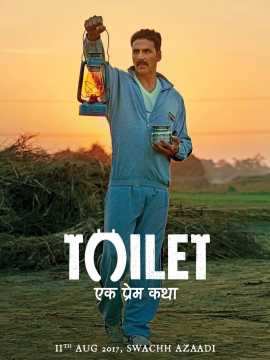 Akshay Kumar is going through a dream phase currently. Whatever film he picks up, adds to the interest and curiosity of his fans. Same has been the case with Toilet: Ek Prem Katha. The actor is currently choosing films with a social message. Toilet: Ek Prem Katha deals with the problem of lack of toilets and sanitation in rural India. The first trailer, which was released recently, has received a positive feedback. 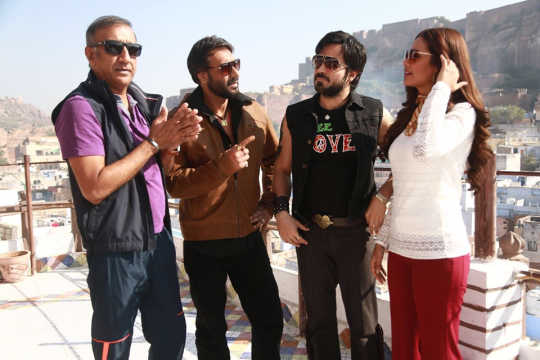 Milan Luthria has proved his class in period films like Once Upon A Time In Mumbaai (2010) and The Dirty Picture (2011). He is known for adding his unique style to such films. Baadshaho, which is also a period drama, has generated interest since it is based in the time of the Emergency. It also brings back the Once Upon A Time In Mumbaai team of Luthria, Ajay Devgn and Emraan Hashmi. 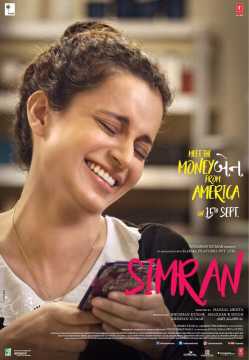 After the super success of Tanu Weds Manu Returns (2015), Kangana Ranaut has had three flops in a row in the form of I Love New Year (2015), Katti Batti (2015) and Rangoon (2017). This does not change the fact that she remains one of the most powerful performers currently. And hence, her upcoming film Simran with director Hansal Mehta, where she plays the lead character again, is been looked forward to. 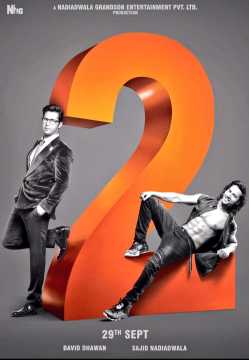 Varun Dhawan is playing a double role for the first time in Judwaa 2. Not just that, he will be taking forward two characters played convincingly by none other than Salman Khan in Judwaa (1997). So, Varun’s fan following is eager to see how he overcomes the challenge. The posters released so far have generated a positive response. 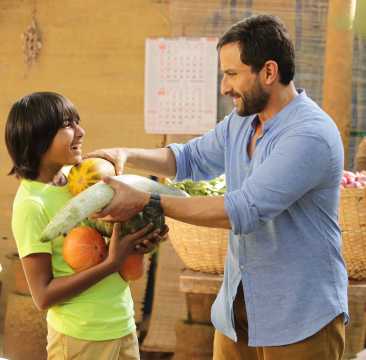 Director and actor John Favreau’s Hollywood film Chef (2014) was a feel-good entertainer. It would be interesting to see how its Hindi remake, also titled Chef, turns out. This is Raja Krishna Menon’s first film after the enormously successful Airlift (2016), which starred Akshay Kumar. Although Saif Ali Khan isn’t having the best of times at the ticket window, he has been appreciated in the past in light-hearted roles.

Aamir Khan will be returning with his on-screen Dangal daughter Fatima Sana Shaikh, who played Geeta Phogat, in Thugs Of Hindostan (2018). But much before that, he will be seen with Zaira Wasim, who played the younger Geeta Phogat in Dangal in Secret Superstar. She plays the appealing character of a teenager who is eager to become a singer but faces opposition from her father. Khan, who plays her mentor, will be seen in a never-seen-before look. 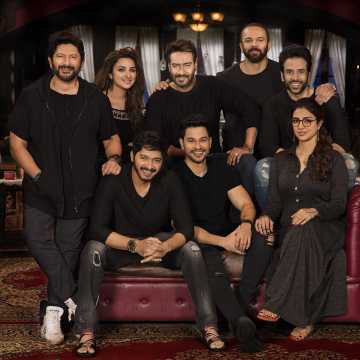 Golmaal Again is the first Hindi franchise to come out with its fourth part after Golmaal (2005), Golmaal Returns (2008) and Golmaal 3 (2010). Looking at Rohit Shetty’s career so far, it won’t be an overstatement that he is a master when it comes to handling such whacky, mindless comedies. Although his last film, Dilwale (2015) didn’t work, he continues to remain a brand and has an impeccable record with Ajay Devgn. This one also has an unexpected casting in Tabu. 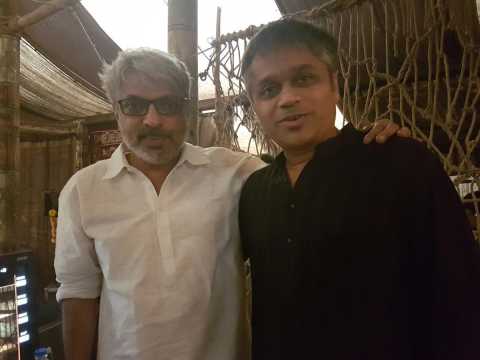 With films like Hum Dil De Chuke Sanam (1999), Black (2005), Guzaarish (2010) and Bajirao Mastani (2015) in his kitty, the excitement for Sanjay Leela Bhansali’s next is palpable. Plus, Padmavati also stars the hit pair from his two previous films, Deepika Padukone and Ranveer Singh. The unfortunate controversy regarding the portrayal of queen Padmavati has also created a buzz for the movie. 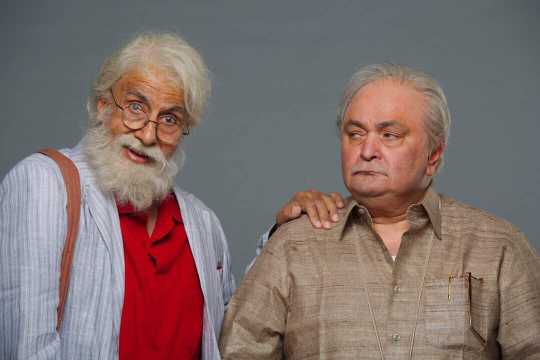 Two acting greats, Amitabh Bachchan and Rishi Kapoor, will be seen together after a long time in 102 Not Out. What is interesting is that Kapoor would be playing the son of Big B, who plays a 102-year-old character. The first still from the movie was recently released and it went viral in no time due to the avatars of both actors. In addition, director Umesh Shukla has shown his mettle in OMG: Oh My God! (2012). 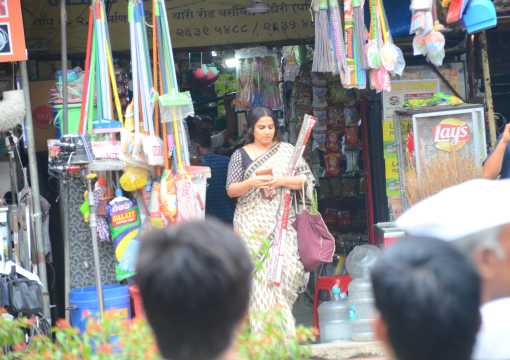 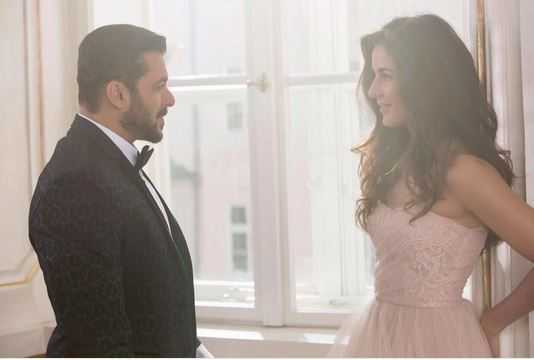 A Salman Khan film automatically finds a place in the ‘most awaited’ list. Over the last seven years, he has literally been the king of the box office. As Tiger Zinda Hai is the sequel to his and Katrina Kaif’s 2012 blockbuster Ek Tha Tiger, there is more anticipation since the characters are already familiar with the audience.