As the actress turns 70 today (31 July), we look at her career progression, from a child artiste at 14 to one of the leading heroines of the 1970s.

In the early 1970s, superstar Rajesh Khanna made a popular pair with the actress Mumtaz. The duo appeared in nine films together, beginning with Do Raaste (1969) where Mumtaz was evenly matched with Khanna and featured prominently with songs like ‘Bindiya Chamkegi’ and ‘Yeh Reshmi Zulfein’ composed by Laxmikant-Pyarelal.

Prior to Do Raaste, Mumtaz had appeared in over 50 films. But only after Do Raaste did she finally break through as a leading actress, though she was largely present only in the songs rather than the film.

Born on 31 July 1947, exactly 15 days before Independence, Mumtaz was brought up by her grandmother, mother and aunt. As a result, she began working at a young age, like her sister Mallika.

Mumtaz made her debut with small roles in films like V Shantaram’s Stree (1961) and Sunil Dutt’s Mujhe Jeene Do (1963). She later moved on to acting opposite Dara Singh in a string of B-grade stunt films. 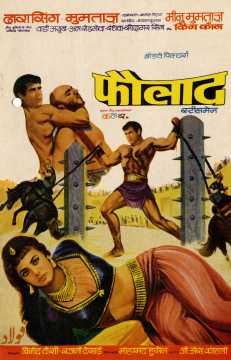 In the book Deedara aka Dara Singh!, Mumtaz told author Seema Sonik Alimchand, “He was a big star and I was nothing. Faulad, our first film, was a silver jubilee. But in the history of films, he was the highest paid stunt hero and I became the highest paid heroine.”

She also fondly remembered Sunil Dutt who recommended her for other films. However, she recalled, “So many leading men refused to work with me. I used to cry; it broke my heart, but I was also grateful because it made me tougher and I knew that one day those very stars would come asking me to work with them.”

Making her name in stunt films, Mumtaz was finally offered a big opportunity with Ram Aur Shyam (1967), where she played the second lead, opposite Dilip Kumar, and received her first Filmfare nomination for the Best Supporting Actress award. Though she lost out on the award to South star Jamuna for her Hindi film Milan (1967), the hit paved the way for other films like Mere Hamdam Mere Dost (1968) where she was the second heroine. 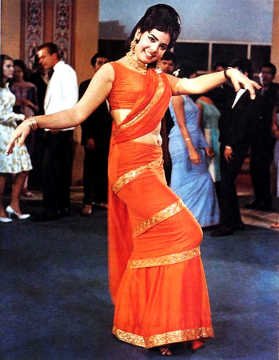 Before Do Raaste (1969), stars like Shashi Kapoor and Jeetendra had turned down the opportunity to work with Mumtaz. But after Do Raaste, she suddenly became the most sought after heroine. She was, naturally then, paired with Rajesh Khanna, the most wanted actor of the early 1970s.

With Khilona (1970), opposite Sanjeev Kumar, Mumtaz also proved that she had the acting chops to pull off the sensitive, emotional role of a courtesan, Chand, who helps to heal Sanjeev Kumar’s Vijay who suffers from a mental breakdown.

She walked away with the Filmfare award for Best Actress for her performance in Khilona, beating the likes of Waheeda Rehman and Sharmila Tagore to whom she had previously played second fiddle. The actress worked steadily for a 13-year period before giving it all up when she got married in 1974 to businessman Mayur Madhvani.

Mumtaz saw it all in her career, the highs and the lows. She even took journalist Devyani Chaubal to court for stating in a column that she had no father. In a 1973 BBC docu-series, the actress told interviewer Jack Pizzey, “Your life is very short, to be very frank, in this line, very limited line. Till you’re top, everything is fun. Everybody will follow you and take your autograph. Mumtaz! Mumtaz! Mumtaz! Then one fine morning you get up, you’re nowhere.” 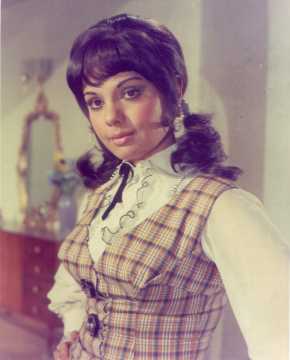 Probably the actress wanted to leave while still on top, and she did. Her films which were released in 1974-75 — Aap Ki Kasam, Roti and Prem Kahani with Rajesh Khanna — were all box-office hits.

After marriage, Mumtaz moved to London and stayed away from the movies, until a misguided comeback attempt in 1990 with Aandhiyan. Thereafter, however, the breast cancer survivor has kept away from the limelight. After all, she had walked away from fame and fortune while at the very top of her game with no second thoughts.