Remembering the wit and eccentricity of Raaj Kumar


While the actor has today been reduced to comic skits and dialogues, his eccentricities and style often defined his roles and personality as well. On Raaj Kumar's 21st death anniversary (3 July), we look at some anecdotes that explain his inimitable personality.

The story goes that it was the great Sohrab Modi who spotted Raaj Kumar at the Metro cinema, then owned and run by the powerful Hollywood studio Metro-Goldwyn-Mayer, in Bombay. Captivated by the tall, sharp-looking man, Modi offered him a role, only to be turned down.

To put that in context, Sohrab Modi in the 1950s was like Yash Chopra in the 1990s, a titan of the film industry. It was a sign of Raaj Kumar's self-belief, integrity and, as some would call it, pride that he turned down one of the biggest directors of the time. 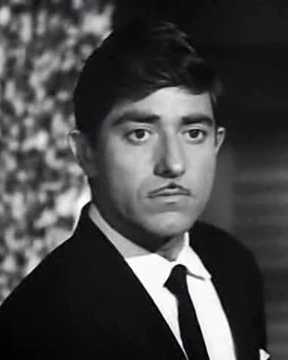 This incident is one of many that mark out the actor's eccentric and enigmatic personality.

Born in a Kashmiri family as Kulbhushan Pandit in 1926, the actor moved to Bombay having cleared the civil services examination. He joined as a sub-inspector at the Colaba branch of the Bombay police. However, his style, grace, and charm eventually led him down the path of films.

Making his debut in Rangeeli (1952), the actor went on to deliver iconic performances in films like Dil Ek Mandir (1963), Waqt (1965) and Mere Huzoor (1968), among others. These films established him as a unique star outside the romantic hero template exemplified by Rajendra Kumar, Shammi Kapoor, Shashi Kapoor and Dev Anand.

In an article in Cine Blitz magazine in 1996, when Raaj Kumar died of cancer, veteran director BR Chopra had said, "As an actor he was an absolute delight to work with. He was totally a director’s actor who put in that extra little something which only belongs to the greats. The only little difficulty that takes place is right at the begin­ning. He needed exactly 48 hours to discuss the script with the writers. If he was satisfied with the role, he would sign on immediately. He always needed to be approached properly. He always arrived well pre­pared and was most punctual. When I heard about his problems with other directors, I used to chuckle to myself. They must have allowed themselves to be taken for granted."

While Raaj Kumar was a natural at his craft, it was his life outside the craft that fascinated people. Well-read, a florid orator, and a gentleman, Raaj Kumar was often known for his spontaneous, eccentric behaviour. As the actor himself said in a Stardust magazine interview in 1972, "I believe in things I do, I do things I believe in."

The statement captured the confidence and measure of the man. A legendary wit, he is said to have once told Zeenat Aman, who was at her peak in the 1970s, "You have a pretty face. You should try acting."

At another time, he walked into Rajendra Kumar's studio and upon finding a large photo of the star hanging by the entrance remarked to the attendant in his inimitable style, "Jaani, ye chale gaye, aur tumne hamein bataaya bhi nahi? [Darling, he passed away and you didn't even inform me?]" 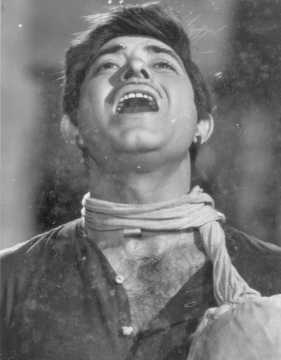 BR Chopra said, "Different people hold different opinions [about him] and I think he did that deliberately. I always got the impression that he dealt and talked to people with a bemused attitude, as though he had an ace up his sleeve... He liked up­right, confident people and was nobody’s fool. He could imme­diately see through any kind of sycophancy. Personally, I think he was a very misunderstood person, mainly because of his bluntness."

But to consider such savoir-fare as a sign of nonchalance was a mistake. Despite his image as a commercial actor, Raaj Kumar was also a keen watcher of arthouse cinema. A proof of that is the anecdote about him calling up director Mani Kaul after the release of Uski Roti (1971) and telling him, "Jaani, kya art-vart film banaate ho, Uski Roti. Hamaare paas chale aao our commercial film banaate hain Apna Halwa." That a man, now lampooned for his over-the-top style, knew and watched Mani Kaul's film is a sign of his mysterious personality. 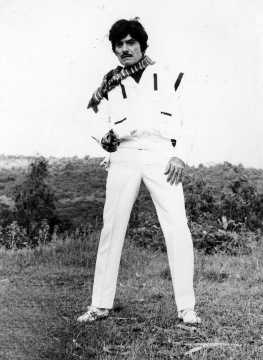 His fashion remains a topic of great mirth for the internet generation. From purple velvet suits to collar bands, the actor sported a wide variety of styles that can only be defined as unique. However, he could say, as the designer Coco Chanel did, 'I don't do fashion, I am fashion.'

The actor passed away on 3 July 1996 after a tiring battle with throat cancer. Even in his last days, he remained as he was. Resolute and adamant. When director Subhash Ghai paid the ailing actor a visit, Raaj Kumar is said to have remarked, "Raaj Kumar ko bimaari hogi toh badi hogi na, koi zukaam se thodi na marega Raaj Kumar. [Even Raaj Kumar's sickness has to be grand, he isn't one to die of a common cold.]"