The perennial bad-boy of Hindi cinema, Sanjay Dutt, has played characters as colourful and as notorious as himself. On the 58th birthday of the actor, we take a look at 15 roles that have stood out in a lengthy career.

Ranbir Kapoor, to whom the challenge of playing Sanjay Dutt in Rajkumar Hirani's upcoming biopic has fallen to, said that the reason he was drawn to Dutt's character was 'He hasn’t been a hypocrite about it (his life).' His co-star, Boman Irani said, "It’s about identifying with the story of few souls who came together and their trials and triumphs of their lives."

Sanjay Balraj Dutt, born on 29 July, 1959, remains one of the more charismatic, dangerous, and absolutely magnetic characters to have graced Indian cinema. From his emergence as the teenage sensation in 1981 to his notorious run-ins with the law and eventual incarceration, the actor has lived his life on the edge. In an industry of stars who put on a veneer of humility, Dutt's adoration originates in his unabashed rockstar personality.

Despite his recent lull, caused mainly due to his prison sentence, Dutt has portrayed a range of characters that have stood the test of time.
On his 58th birthday, we take a look at 15 films that have been exceptional in Dutt's career.

Sanju Baba, as he is lovingly called, made his big debut under his father's loving shadow in Rocky. The film saw the actor play the teenage sensation fighting his own demons. Sadly, it released four days after Dutt suffered the greatest setback of his life, his mother Nargis' death. Despite the immediate success of the film, the loss of his mother led Dutt into a downward spiral of drugs and alcohol.

In a 1982 interview to the cine magazine, Stardust, Dutt said, "I am an emotionally weak man. I have always needed a strong influence over me. My mother was that influence."
Since then, the actor has struggled with his real life demons, some prevailing as the stronger force. 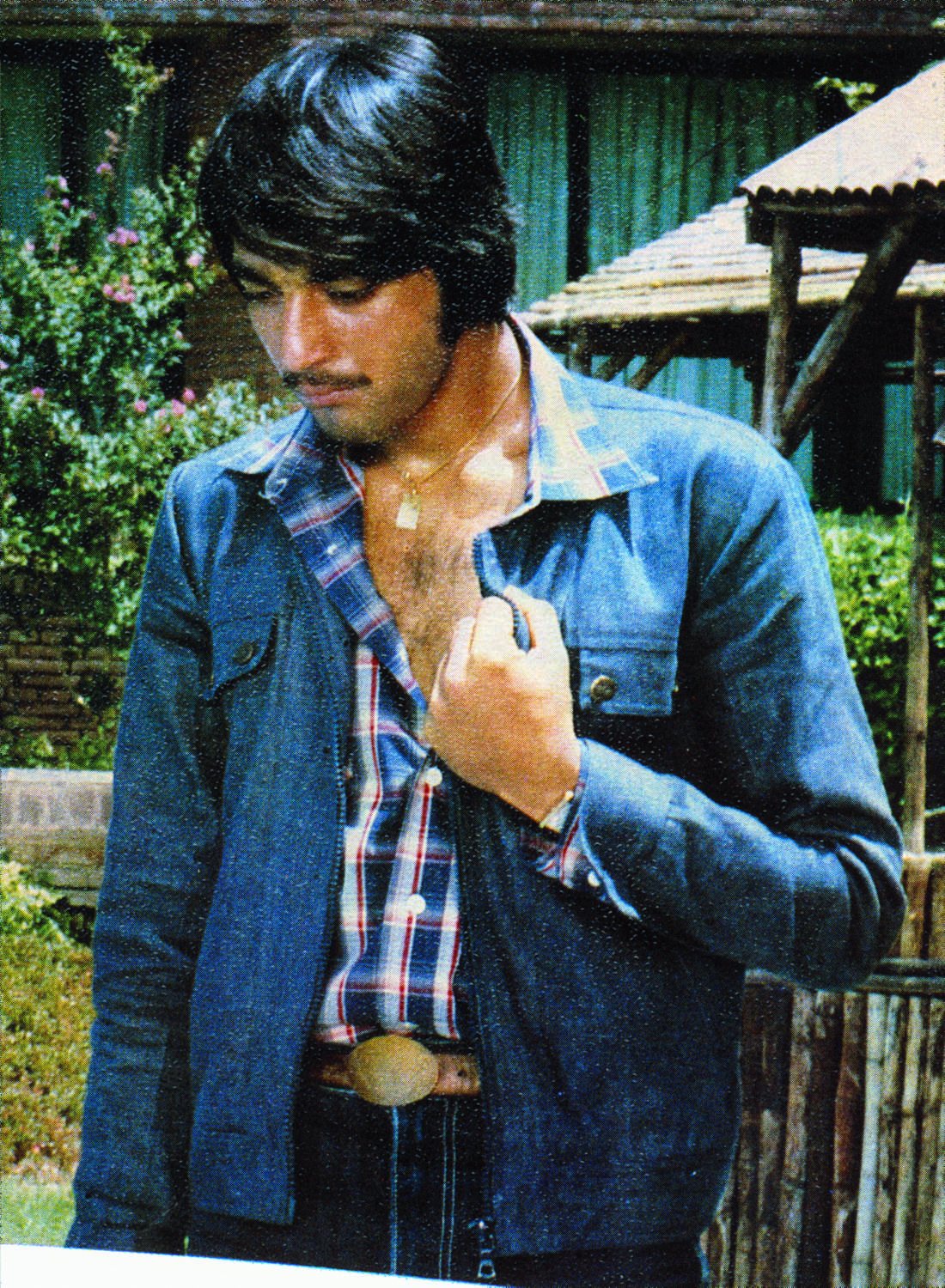 Despite the struggle with his mother's loss, Dutt continued to emerge as one of the brightest talents of the 1980s. In Vidhaata, he plays a young man caught in a world of crime and money. Dutt shared the screen with one of his father's idols, Dilip Kumar, along with two other legends - Sanjeev Kumar and Shammi Kapoor. It was also his first film with a director who would stand by him in the most difficult of times, Subhash Ghai.

Between 1982 and 1986, Dutt wavered between mediocre hits and flops. Just as his stars looked to be on the wane, he signed up for Mahesh Bhatt's fantastic Naam. The film told the story of a young, careefree man led astray by the lure of riches and drugs. The film was, in many ways, a rebirth of Dutt's stardom. His unabashed depiction of vulnerability and bad-boy image was one of the strong points of a well scripted film.

Both Dutt and Bhatt were front runners for the awards in 1986, but were denied due to security issues which forced the cancellation of the award functions.

Raj Sippy's Thanedaar has grown to become a fond memory of the 1990's era. While the film itself is quite forgettable, it's nostalgia is strengthened by the roguish charm of Sanjay Dutt and his flirtations with the effervescent Madhuri Dixit. The film also had the iconic number 'Tamma Tamma Loge'.

The song continues to be a rage, proved by Alia Bhatt-Varun Dhawan's recent remix performance in Badrinath Ki Dulhania (2017).

By the turn of the decade, Sanjay Dutt was a bonafide action star with films like Taaqatwar (1989), Ilaaka (1989), and Zahreelay (1990). It was Mahesh Bhatt who cast him again as the hero with a difference in Sadak. Playing the street goon who falls for a girl forced into prostitution, Dutt was ephemeral in a limited role. While Sadashiv Amrapurkar managed to steal the plaudits with his evil Maharani, Dutt was well received among the critics for his performance.

This was one of Dutt's first performances as an out and out romantic hero. Playing the sober shy poet, Aman Verma, he brought out a nuanced portrayal of a character unable to express his heart's desire. With Salman Khan and Madhuri Dixit bringing up the two other sides of the love triangle, Saajan went on to become one of the biggest blockbusters of the year.

The film received popular approval for Nadeem-Shravan's chartbusting tracks as well. Dutt went on to receive a Best Actor nomination at the Filmfare awards in 1991.

By 1992, Dutt's relationships with the underworld were growing stronger and stronger. It was during this time that he played the son of a crime lord, who ventures into crime, in Feroz Khan's Yalgaar. The film was yet another action thriller, but it headlined Dutt's turn as the new macho man of Hindi cinema. His shirtless workout routine in the film set the bar high for good looking physique, and one that would influence Salman Khan.

Subhash Ghai's Khal Nayak marked one of the high points of Dutt's career. The film had him play out a recreation of his life as a loveable rogue who cannot escape his demons. The film was a critical and commercial hit, and earned Sanjay Dutt a Filmfare nomination for Best Actor.

In April 1993, weeks before the release of the film, Dutt was arrested for possession of weapons, and jailed under the dreaded Terrorists and Disruptive Activities (Prevention) Act (TADA). It was one of the lowest points of the actor's personal and professional life. It is a case that continues to dog the actor.

He spent 18 months in jail after being convicted and was sentenced for five-years imprisonment by the Supreme Court. However, he was released in 2016, eight months ahead of schedule for 'good behaviour'.

It took a while for the actor to rebuild his image post his arrest and the controversy of his involvement with the underworld. Tanuja Chandra's Dushman was one of the rare roles where Dutt agreed to play second fiddle. A blind military colonel who teaches Kajol to fight off the serial rapist played by Ashutosh Rana, Dutt was appreciated by critics for his subdued performance.

An impulsive actor, Dutt often found his footing playing anti-heroes. In Mahesh Manjrekar's breakthrough, Vaastav, he again played the angry young man who finds himself trapped in the underworld. Dutt's character carried shades of his father's iconic performance in Mother India (1957), right down to the inevitable climax. The film touched a chord with the audience who found it impossible to connect the actor's reel life with his real one.

His performance won him the Best Actor award at the Filmfare that year.

In a career of over 20 years, the actor had not picked up a complete comedy till David Dhawan approached him with Haseena Maan Jaayegi. The actor displayed some impressive comic skills to match up to Govinda and David Dhawan's calibre. The film helped reshape the actor's image for furture ventures like Munnabhai MBBS (2003), Dhamaal (2007) and Son of Sardaar (2012). These films also express his growing interest in this genre.

By 2000, Sanjay Dutt was turning into a senior actor in the industry. His position as the well toned action hero was being taken over by actors like Hrithik Roshan. In Vidhu Vinod Chopra's Mission Kashmir, the two went head to head as an explosive father-son against the thorny backdrop of Kashmir. While Hrithik was all fire and brimstone, Dutt delivered a cool performance as a military officer battling his own guilt.

This film is the cause of the great goodwill accumulated by Sanjay Dutt. Rajkumar Hirani cast him as the loveable gangster who tries to become a doctor. The street charm and innocence of Dutt made him the perfect choice to play the character.

The film was also the last on screen appearance of Sunil Dutt, who played Munna's father in the film. The last scene, which featured the reconciliation of the idealist father with the rogue son, proved to be a lasting memory for many, and even the actors themselves.

The unauthorised remake of the Korean classic, Oldboy, Zinda saw the actor return to his 'wreaking havoc' mode. Playing a man imprisoned for 14 years in a dark cell, Dutt put in a performance of intensity that raised the film. While the film received mix reviews, Dutt's performance was singled out by critics.

By 2007, the actor had well and truly embraced his comic side, and even improved on it. In Indra Kumar's madcap ensemble comedy, Dutt displayed some stunning timing. The film turned out to be the surprise hit of the year.

There are few actors who can be as loveable, and yet, look as menacing as Sanjay Dutt. The remake of the Amitabh Bachchan classic saw Hrithik Roshan recreate the raging Vijay, but it was left to Dutt to play the menacing Kancha Cheena. The actor reinvented the role, originally played by Danny Denzongpa, to turn him into a villain of hulking proportions.