I am working with the right kind of people: Sandeepa Dhar


Dhar, whose second film, Baaraat Company, was released yesterday, speaks about her journey from dance and the international stage to Hindi cinema.

Syed Ahmed Afzal's Baaraat Company, which was released yesterday, sees actress Sandeepa Dhar return to the big screen as the heroine of this interesting romantic drama set in Lucknow. The actress, who made her debut in the hit Dabangg 2 (2012), has had an interesting career.

"I am first a dancer," Dhar said. Having learnt the Bharatnatyam and jazz dancing, the actress turned to Australia to further her dance education and acting career. It was in Australia that she discovered the stage, acting in the musical, West Side Story, and touring the world.

In Baaraat Company, Dhar plays a strong, independent woman fighting an old ideology that seeks to imprison her. The actress spoke about her interesting career and the journey it has taken her on. Excerpts:

Why Baaraat Company? What convinced you about the film?

The script itself. Every time I pick up a film, it's about the story. It's about a different story. I want to be a part of stories which are different. Characters which are different for me, something that I haven't done before. And, of course, Afzal. A huge part in my decision making was the director. I really, really wanted to work with Afzal. I think he is fabulous with actors. I had seen Laal Rang (2006) and Youngistaan (2014). I really wanted to work with him because I want to work with directors who enhance an actor's performances. So, yeah, that's why Baaraat Company.

The trailer was very interesting, and points to your character as someone who stands up for herself and her friends. What can you tell us about her?

She is a very independent, strong-minded girl. She is very practical in her approach towards life. She is also very clear, does not get swayed easily. Also, she will come across as a bit of a feminist, in terms of her belief in the equality of men and women. For her, love and career kind of co-exist. One does not affect the other.

The film is different from what Syed Ahmed Afzal has done in the past. Unlike Laal Rang or Youngistaan, Baaraat Company has elements of comedy and romance. How did those play in?

Well, of course, it was part of the script. Afzal is a director who works according to a set script. We did improvize a little bit here and there, but it was all part of a script. It is a romantic comedy with an ensemble cast.

You have had an education in dance, learning Bharatnatyam and jazz. How important has that been in your career?

Very important. In fact, I was a dancer before I became an actor. I have been dancing since I was four years old. It is a huge part of my life. I am very passionate about dancing, and trained in different forms of dance.

I started with Bharatnatyam, then went on to learn jazz and contemporary [dancing]. Then I went to Australia to study dance for three years.

You were part of the West Side Story musical there...

Yes, I still am. I am leaving for London on 6 August, because we have shows in London and Scotland. It has been an amazing journey because the international experience is something else. It has given me a platform which otherwise I wouldn't have got. It is very helpful for an actor because there is nothing better than the stage to hone your skills.

Do the production values on stage differ in Indian and international productions?

Very much. You can't even compare. It is how a professional Broadway musical is. Probably if you go to London and watch Wicked or Lion King, it is along the scale of that. It's a huge production by an Australian dance company headed by Gary Stewart, who was lead choreographer for the longest-running English musical, Cats. 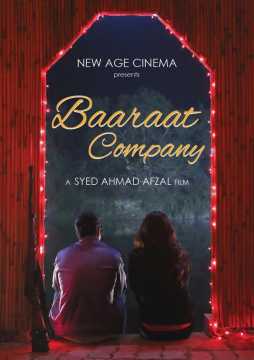 So, how did you land the role?

I went to Australia to study dance and acting. During that time, they were auditioning for West Side Story. I went ahead and auditioned for it and got the part.

Besides the musical, what else are you up to?

There is another film I am doing, a thriller. We are shooting in London through August and September. I am doing something different that I have not really done before, and I am getting to shoot with some really cool people. I can't reveal the details now, but it will come out soon.

Does it feel like you have finally made it, since your debut in Dabanng 2 (2012)?

Definitely, because I am working with the right kind of people, the kind of people who are helping me grow. Especially with Baaraat Company, Afzal has helped me grow as an actor. He is one of those rare directors who really knows how to work with his actors. I think it is a delight for any actor to work with him because your performance rises 10 notches higher. It's not like he shows you what to do, but [it is] the way he explains.

It [my career] is definitely going in the right direction. I feel it is really important for an actor to keep growing in your craft. If I am not better in Baaraat Company than what I was seven years ago, then something is definitely wrong. I am hoping people will find my performance better than before.