Speaking to Cinestaan.com, the director explained his constant search for new subjects and the clash of traditions in his upcoming film.

Syed Ahmed Afzal made a beginning as the assistant director of Neeraj Pandey's Special 26 (2013). Since then, the director has made his mark with two films in Youngistaan (2014) and Laal Rang (2016). Both films focussed on a social theme in a commercial script. The director is now ready with his third venture, Baraat Company.

To be released on 28 July, Baraat Company stars Ranveer Kumar, Sandeepa Dhar and Anurita Jha, and has a heavy dose of Lucknowi style and the familiar Hindi cinema trope of marriage to go with it. Speaking with Cinestaan.com, the director opened up on the subject of his new film, and the changing nature of his films.

Every story of a film has a genesis. What is the genesis of Baraat Company?

Somwhere it is also a face-off between old Lucknow and new Lucknow.

Hindi cinema has always revolved around weddings. But in Baaraat Company, we have a hero who is bent on trying to stop marriages. How does that work?

The only difference is in Baaraat Company, the family has been doing it (arranging and stopping weddings) since ages. But in the past 10-15 years, the number of arranged marriages has dipped. So their business has taken a hit. The marriages only take place in temples and courts. So, the grandfather has now handed over the business to the grandson, Imaan Singh. Now, Imaan Singh takes contracts for marriages, even for troubled marriages. So, if a girl loves somebody else, he beats him up, and gets the girl to the marriage party. Same with the groom.

There is a dialogue where he says 'Do laakh liye hain aapke shaadi ke lalla, aise nahi jaane denge' (I have taken Rs2 lakh for your marriage, I won't let you go just like that.)

That is the USP of the film, and the concept basically. It was the difference, I thought, this film had amongst all others. It is based in the Hindi heartland, which is anyway considered notorious. So I thought, why not bring this notoriousness, gundai, into marriages. 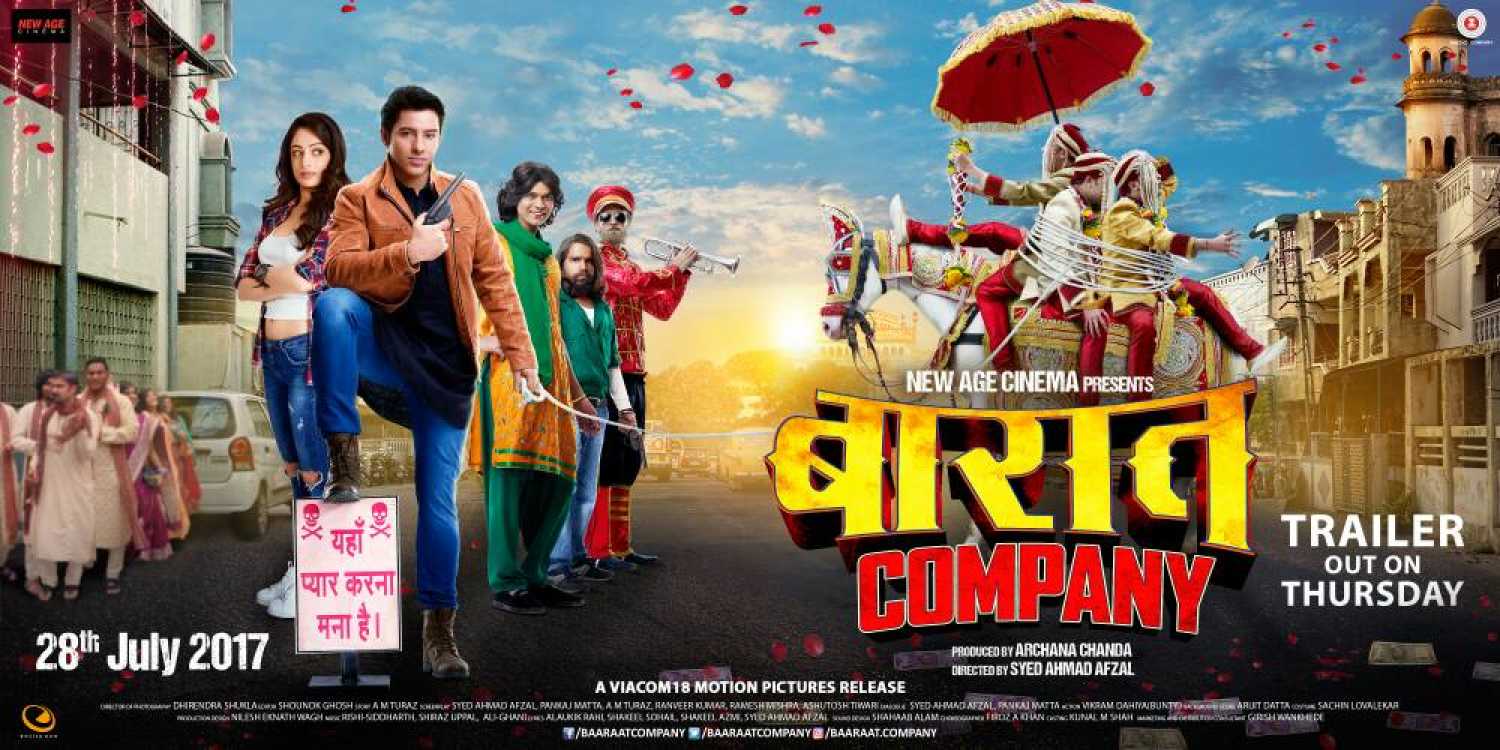 In your previous films like Youngistaan (2014) and Laal Rang (2016), the gundai had a social angle to it. Does this film carry a similar theme?

Definitely. It is a huge statement on the society as well. As I say, the gist of the film is a face-off between the old ideology and the new ideology. Obviously, it involves society. Once society is involved, it is social.

It is a social romantic comedy, which somewhere has risen above the script and taken its own shape. There is a very very important message towards the end, which I would not like to reveal, which has been said while we are entertaining the audience. It is not like we have made the film in order to give the message. We are making the film to entertain people, and if they get the message alongside, it is a good thing.

From the looks of it with the 'gundai' as you mentioned, do the females have a powerful role. The trailer indicates some measure of opposition from the heroines in the film. How does that play out?

In our films, if you see, girls, unfortunately, don't have major roles to play. But lately, there have been a lot of women-centric films which have come, and have been successful. So directors are looking at certain themes which women are given more emphasis and importance. In this film, I would like to say that there was a very great need for the women to raise their voice.

In a marriage, it is about the man and the woman. If you just listen to the voice of the man, it would be unfair to the theme of the film, as well as the subject. So, it was very important for us to show both sides before we arrive at the solution.

Isn't there a risk of promoting an orthodox idea through a hero who is helping arranged marriages take place by force?

You have to start with something which is somewhere negative to have some sort of upheaval. His mindset changes, he realises certain things in life. That is the basic conflict in the film. A person who has been living, since childhood in this conservative ideology, is struck by something which puts him on an opposite path. So, all his belief system is breaking down in front of him. That's how he will evolve.

I think every time a change is necessary. When we start with something wrong, and make it correct, that is what defines a hero.

Now that the film is ready for release, we will definitely find that out. What else are you looking forward to?

I am working on something interesting, and we will be planning to shoot right after the release of this film. I love challenges which is why right from Youngistaan (2014), I have tried varied kind of landscapes and genres to explore. If you see Youngistaan, then see Laal Rang, and now Baaraat Company, they are completely different. I even changed my technique trying to adapt to the film's needs. The reason why I regularly try to do something new.

If you see the technique I used for Laal Rang, it was so raw. At the same time, in Baaraat Company, since the theme revolves around marriage, there is a lot of lighting and beautification. I don't want to limit myself with any kind of films. Being a writer is one of my assets. I would like to explore, in my writing as well as my direction. Laal Rang was something special for me, and so is this film. I hope it comes out with flying colours. We have worked hard on the film.