The Toilet: Ek Prem Katha actress says that her 'it’s no stalking if a girl doesn’t object to it' comment was taken out of context.

Mumbai girl Bhumi Pednekar's debut film, Dum Laga Ke Haisha (2015), was itself a testimony of her acting prowess. She reportedly gained a substantial amount of weight for her role as Sandhya Verma in Dum Laga Ke Haisha, and has now gone thin again for her next Toilet: Ek Prem Katha.

The latest film has been ruffling quite a feathers with some filmmakers accusing the makers of the film of copyright infringement. Recently, the film again recieved flak for one of its songs, wehrein the hero (Akshay Kumar) is seen stalking the heroine (Pednekar). In defence of her film, Pednekar had commented that following a girl cannot be called stalking if she has no objections to it. This statement too became a cause of outrage from the public.

Speaking to reporters, Pednekar shared her thoughts about the film, the menace of open defecation, defended the stalking visual in the film, and praised her co-stars Akshay Kumar and Divyendu Sharma.

Excerpts from a brief round table with the media:

Just to begin on a lighter note. For some one who's debut film was titled Dum Laga Ke Haisha, I guess it was all but natural that you're next film to be called Toilet: Ek Prem Katha.

(laughs). I think I attract good titles. I hope all my film titles in my life are as quirky as these two.

Lack of toilets is a grave issue, but sadly the moment we talk of the word toilet or shit..

Yeah it evokes a 'sheee' or one always laugh over it. Why is this attitude there in our society?

Yes, this attitude is there and I’m going to include myself into this. I hadn’t realised how grave this issue was till I heard the script. I was told that it’s (the film) a great love story where the toilet is the villain. I come from a background where I’ve always had access to a toilet. For me this issue was as superficial as government  is not making enough toilet, they aren’t doing enough for sanitation. I only realised how grave the issue is after I started filming it.

There is a reason why this is an international problem. It was heart wrenching for me to know how women suffer because of access to no toilet. It’s not that the government doesn’t make bathrooms for them but it is their mindset is such they believe, if I cook in this house, (a pure act) how can I take a dump there. The sad part is that they don’t realise that it’s not an impure act, it (defecating) is as natural as breathing. As a young girl, I remember passing by chawls and seeing women holding umbrellas and defecating in the open. I’d be like 'shee'. The word sandaas (colloquial word for toilet) has a bad connotation attached to it. That’s not what our film is about. It‘s a love story that speaks about the problem of open defecation.

The film is said to be based on true incidents inspired by the likes of rural women Priyanka Bharti and Anita Narre, these women left their husbands immediately after realising that the household as no toilet. Did you happen to meet such people?

These women became a face for this issue. Our film is inspired by true incidents but it is not set on a certain girl. I mean just imagine, Anita Narre, she comes from a very backward socio economic class, for her to leave her husband a day after their marriage, the pressure they have is not the same as we (urban) girls have. Probably, her father must have sold his farmland or taken a loan, to get her married. But not having an access to a bathroom is violation of right.

I did meet a lot of these women. It was shocking to see how troubled they are. There was one scene in the film where I had to defecate in the open, I just couldn’t get myself,.. ah it is so humiliating to pick up your clothes, squat to do something that is so private and personal. At the moment, these women don’t have peace of mind. They don’t know if a boy will come and click a picture or they may get raped. There’s no electricity. They walk three kilometres from their house just to take a dump. They can only go before sun rise or after sunset. This film has opened up my eyes to the major societal loopholes in our country.

The visuals in the 'Hans Mat Pagli' song were criticised for they look to be encouraging stalking. You had issued a statement saying it’s not stalking if a girl is not offended by it. One respects a filmmaker’s right to showcase stalking. If the script demands but..

(interrupts) Have you seen all three parts of the song? 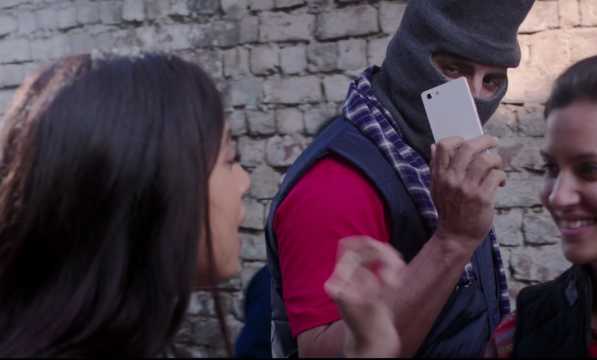 Yes, I have. I’m not being critical of the stalking aspect, but it’s that one line — it’s not stalking if a girl is not offended by it — that you perhaps could have used a better phrase. Do you agree?

I’m a very opinionated feminist. I can never in my life say or do anything against women. I come from a family, where it’s my sister, mom and I. I have been brought up in a surrounding like that. Fortunately, unfortunately, I’m very new, there will be times where I might be put out of context. Look at the amount I tal. I’m just learning with everything. We as a team condemn stalking. It is not an act that is appreciated anywhere. Having said that, our film is not about that, our characters don’t trouble each other. It is just a screenplay. It got interpreted differently than what the filmmakers expected to happen. Trust me, there is no kind of any emotional harassment in the film. It (stalking) is such a touchy subject that may be I don’t know how to say it in the right way. All I tell the people is that once the film comes out, go and watch it. This film is not about stalking, it is very liberating for women.

You were also quoted as saying in another report (Reuters) that all men are male chauvinistic pigs.

The question that was asked to me was what do you think is the problem in our country. It can’t be all men. I have seen men evolve around me. I never had any complexes. When does a woman feel unwanted? When the opposite or whatever sex she is interested in, doesn’t give her that attention. I got so much attention. My life hasn’t changed. I was wearing the shortest clothes. It was surprising to see how boys reacted to me. I thought that all the attention that I got when I was thin would go, because I’m now eight size bigger than what I was (time when she shot for Dum Laga Ke Haisha where she played a fat woman). There is a majority of our population that is MCPs (male chauvanistic pigs) because they have mothers who haven’t told their children that what you’re father has done with me is wrong. I blame them. It shocks me to read a mother defending her son saying that he is a kid, he’s done a mistake. It is appalling to me that how can you say that? I never generalise but I was referring to the higher population of this country. It has nothing to do with education. We see people body shaming, putting up cleavages of actresses and disrespecting them.

Toilet: Ek Prem Katha is your maiden film with Akshay Kumar and also Divyendu Sharma.  What’s  your experience of working with these actors, who are known for their comic timing?

Firstly, I’ll talk about Divyendu. He is a fine actor. The way he just adapted to the milieu so well... he made us (characters) so believable. He is just fantastic. I hope he and I get to do more films together. Akshay sir and Divyendu’s chemistry is mindblowing in the film. 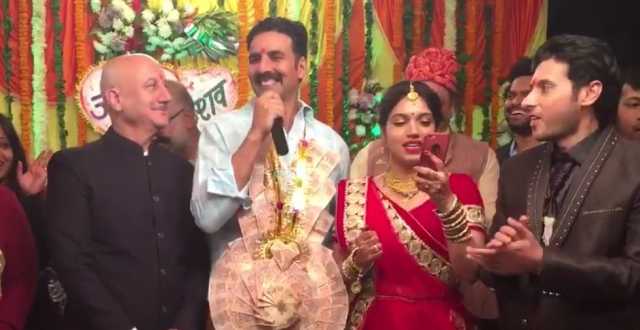 As for Akshay sir, I’m, so lucky that my second film is with somebody like him because he is a great example for me. His behaviour towards everyone is the same. He’s never derogatory. He’s a happy person, and spreads happiness all around him. He’s always punctual. These are good qualities for someone who has just entered films, as opposed to the kind of stories that you hear — unpunctual stars, star tantrums. Luckily, the star that I have worked with is exactly the opposite of it. He’s also a socially responsible person. He’s trained over 10,000 girls in martial arts. Recently, I read that a girl from his institution beat up a waiter as he tried to molest her.

He is also known to be a prankster on the sets. Did he play one on you?

We didn’t do any serious pranks, as we were sincerely working. We had tonnes of fun though. At the end of the day, we would plays cards or have cricket and badminton sessions. There menial pranks throughout the day but nothing significant.

It is not Manmarziyan, but a film with the same makers. The entire set up is the same but with a different script. I don’t know whether Manmariziyan has been shelved or not. It’s just something that we don’t talk of any more. We’ve moved on. If its meant for me then I’d love to do, if not then I’d love to watch it as an audience.