Kunal Kapoor: Patriotism is not about cheering in an India-Pakistan match


The Raag Desh actor laments India's treatment of its heroes and discusses patriotism and what younger audiences seek from cinema today.

Kunal Kapoor is one of a rare breed of actors who rarely say 'yes' to a film. The charming actor has been part of only 14 films in a 12-year career. Ask if it takes a lot for him to give his nod to a film project and he says “it does”, adding, “But with this one [Raag Desh] it took me only two minutes."

Kapoor says he finds it impossible to say yes to a film unless he feels that the people associated with it are passionate about telling the story. “I have to connect to the film first of all," he says. "I really want to work with people who are incredibly passionate about what they do. I don’t want to be part of just another project. I don’t want to be part of a film thinking that I should do this film because it is going to make Rs100 crore.

“I want to do a film with people for whom telling a story is most important. Last year I have worked with just that sort — with [Raag Desh director] Tigmanshu [Dhulia], Gauri Shinde, with Malayalam director Jayaraj. I just did an indie film with a filmmaker called Vandana Kataria. I am working with Reema Kagti on Gold. They are all so passionate and the films and the stories mean so much to them. I don’t want to go chasing the Rs100 crore film. I want to chase a film I feel deeply connected with. Then if it makes 100 crore, great!”

Kapoor, who plays Shah Nawaz Khan in Raag Desh, discussed what goes into the making of a real-life character, revisiting forgotten chapters from history, and what patriotism means today. Excerpts:

On portraying a real-life character like Shah Nawaz Khan in a historical film.

I enjoy research. I spend months on research, and I enjoy research and the preparation as much as the shooting. I feel one of the reasons why I became an actor was the chance I get to really look at life through someone else’s point of view and to look at a life that’s very different from mine. How often do you get a chance to go back to the 1930s and 1940s, do research, think about how people thought about things at that time, work on the body language, walk like they walked, talk like how they spoke? We are lucky as actors that we get a chance to do that. Especially for a film like this, which is a real-life story. 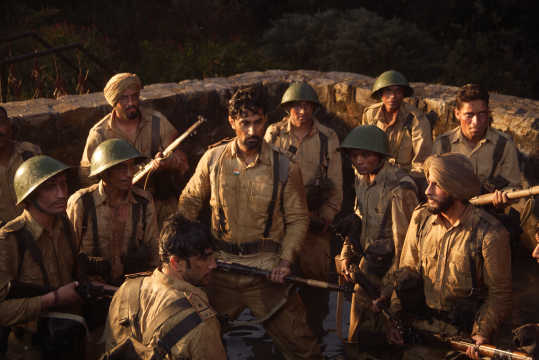 Thirdly, what was important was to get the body language and accent of the character right. Shah Nawaz was Punjabi and Muslim. So he spoke a mixture of Punjabi and Urdu. The first couple of weeks I was listening to accents from that area. I spent time listening to them over and over again so that the accent would start getting stuck in my head and I could start speaking in that accent.

The most important thing though for all of us was to understand the mindset of the people at that time. We live in a society which is individualistic. It is all about us, what am I going to get from this. If I am not getting anything from this why should I do this? They lived in a time when it was all about the cause. It was never about the individual.

Shah Nawaz came from a family where 80 people from this family were still in the British Indian Army, including his brother. And he knew that there would come a time when he would have to fight them. That he would have to kill his own relatives or shoot his brother. But he was willing to do that because the cause was bigger than the individual. So it was important for us to understand the mindset and how they looked at the world.

On the most challenging part about shooting the court scenes.

Most of the time we had to practise how not to move a muscle. We were getting tried, so we didn’t get to speak. You get to speak only when it is your turn that one time. Throughout the courtroom sequences we just made sure we looked really, really serious and listened to what was going on (laughs). It was weeks and weeks of just sitting there.

On making a film on a forgotten chapter from history.

What I found most amazing from the research was that when these three got released after the Red Fort trials, they went from city to city on a tour. Shah Nawaz, Sehgal and Dhillon — everywhere they went about 3-4 lakh people turned up. That’s how popular they were. And what was crazy for me was that we haven’t heard of them. Before this, I knew it from a fleeting mention in my history book. I had no idea who these three were. And yet, just 60-70 years back, they were hugely celebrated heroes. So it was shocking that they had been sidelined the way they had been.

That’s what we do to our heroes. We just forget them and erase them from memory. We are one of the few countries that do that. We have these selected heroes that are everywhere, but the rest are just completely forgotten.

When you look at America or Europe, they pick up the smallest stories [to make a film] and make them so spectacular. They really celebrate their heroes, we don’t.

Even when it comes to Subhas Chandra Bose, the reports I have read from British intelligence and their ex-prime minister said that the formation of the Indian National Army and the contribution of Subhas Chandra Bose was the greatest. All right, even if you don’t say it was the greatest, it was still as great as [the contribution of] Gandhi, Nehru and the other leaders. But growing up there was very little we heard about Bose. If you look at institutions all over the country, I have hardly seen any named after Netaji, except in Bengal. So, of course, there is politics and an effort to sideline him and the contribution of the INA.

On the relevance of this story in current times.

Beyond the history, it is an entertaining and engaging film. Even if for a second you forget that it is about our history, just as a film it's really engaging. That was my first reaction when I read the script. I was like, I can’t believe nobody has made this yet. It has everything a film should have. It has got a courtroom trial, it has got war, it has got the bonding of three soldiers so there is bromance, it has got interpersonal relationships, drama — everything you would want in a good film is there to begin with. So beyond the history, people will connect with it anyway. 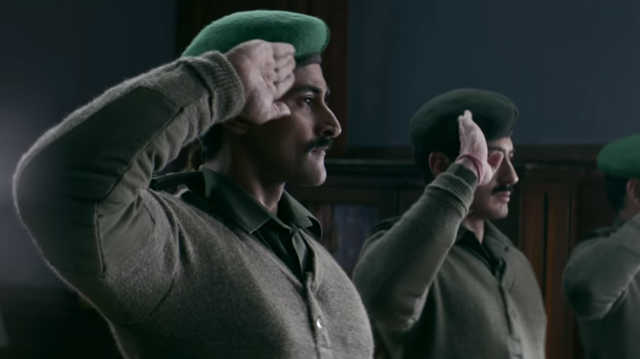 Having said that, I think people feel that our generation is less patriotic and I don’t believe that’s true. I think we are constantly looking for our roots actually. Even if you look at movies nowadays. Till 10 years back we had these NRI films — everybody was dancing in Switzerland, on the streets of London. There was the boy that meets a girl on a train in Europe. There were all these NRI kids whom we didn’t necessarily see around us.

But in the last couple of years, all the films that have been doing well are films that come from our own history and our roots. And that is because as a country... and the young people want to see stories that are our own. We want to connect with characters that are from our history or our towns, villages and cities, and feel like it's coming from us. So this is the best time to make films like Raag Desh because it's coming from our own history and roots. As a nation we really want to connect to that right now.

On what patriotism means in today’s times.

In the 1930s and 1940s they were clear who the enemy was. Patriotism meant you fought the British. Today whom are we fighting? There is no external enemy. It’s all us and our problems. Sometimes corruption is the problem and you are fighting corruption. Doing a film like this makes me realize that patriotism really isn’t about what it has become... like a social media post, which people assume is being patriotic, if I am putting somebody down on social media, who I think is anti-national or because I feel that’s patriotic.

Patriotism is about understanding what the ideology of the country is and making sure the ideology is followed. Dissent is also patriotism. Dissent is not anti-national. It is about saying that we are not following the ideology that this country was built on and I am going to show dissent because I want us to follow that. So to me patriotism is about understanding the ideology of the country and what it was built on and making sure that that is enforced. And enforcing it in your own life at least. So that’s being patriotic. It’s not about cheering in an India versus Pakistan match. It’s much more than that.

On making a period film on a tight budget.

Strangely, I never felt like it was a tight budget film. There was no compromise in the film. There was never a time when I felt like why are they not spending more money on this. It comes from the fact that — and it happens rarely, it happened to me during the making of Rang De Basanti — when you have a script that everybody thinks is very special and you feel like you are going to be part of something that is important, something that is really good, that you are going to be proud of, then everybody comes with a certain amount of energy, the make-up guy, the hair guy, the cameraman, the assistants, the actors, the directors. Everybody has a certain passion and energy that they bring on the sets.