The singer-composer, who turns 40 today (25 July), laments how music composers in Hindi films industry continue to lift tunes under the garb of 'inspiration'.

If an Aamir Khan believes in you, you must be talented. Ram Sampath was not an Aamir Khan discovery, but he has had his best times in Hindi cinema so far in the superstar's films and productions. The collaboration began with Peepli (Live) in 2010 when Sampath composed the 'Mehngai Dayain Khaye Jat' (remix) track sung by actor Raghuvir Yadav.

The singer-music director began his career writing jingles and then scored the music for some popular music videos like 'Tanha Dil' and 'Loveology' by Shaan. He shot to fame for the music of 'Bhaag DK Bose' (a clever play on an abusive word) from the Aamir Khan-produced Delhi Belly (2011). Khan roped in Sampath again to compose tracks for his critically acclaimed TV show Satyamev Jayate.

“As a person, Aamir Khan is very secure," says Sampath who is thankful to the superstar for giving him Peepli (Live) at a time when top producers avoided signing him after he took on the Roshans in a plagiarism row. 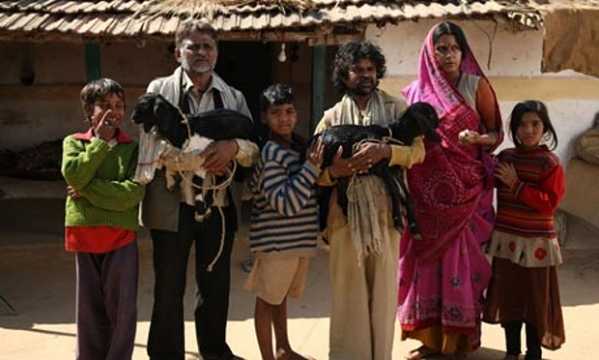 In an extended e-mail interview, Sampath, who turns 40 today, wrote that 'Bollywood' is mostly superficial and dabbles superficially on genres like rock, hip-hop and even Indian folk. He lauded Aamir Khan for giving him a carte blanche to work on Delhi Belly.

As a person when you age, there is a fear that going forward it may be difficult to rediscover the energy, creativity, enthusiasm of youth. Does turning 40 ring the ‘Bhaag DK Bose, aandhi aayi hain’ alarm bells in your mind?

Not at all. I'm enjoying getting older; to quote Prince, 'What's the use of being young if you ain't gonna get old?' I'm entering an amazing phase of life where, hopefully, my experience will be of use to others as well.

What song would Ram Sampath croon or tune into on his 40th birthday?

Any special plans? Does your wife Sona Mohapatra throw you surprises on such an occasion?

We are shooting the video for a song I've composed for the Discovery Channel called 'Yeh Mera India', so it's a working birthday and it's a load of fun. I'm thankful for all that life has given me.

From jingles to music videos to cinema, how would you describe your journey so far?

Eventful and fruitful. I've worked ungodly hours and tried to salvage many lost causes, but I've succeeded on my own terms, without compromising on what I believe in, and that's very satisfying. I've made a lot of friends and the future holds promise.

While you have enjoyed success with films like Delhi Belly and Talaash (2012), is it fair to say that your best work has been outside the film domain? Like the reality show Satyamev Jayate and a few music videos with Shaan...

Oddly enough, very few people have a complete view of my entire body of work. The rock fans who are familiar with my rock album, Colourblind, don't know that I've done an entire album of thumris (a light romantic form in Hindustani classic music) in Let's Talk (2002) or the songs I made for Satyamev Jayate or the pop songs I've made for Sona Mohapatra and Shaan, to name a few, or the work I've done on Coke Studio. I've done wildly varying work according to where my interests take me, so I leave the judging to the listener.

Looking back on Delhi Belly, it is a rare Bollywood film where you find a melange of tunes. Some appealed to the masses, some to classes. From the young to the old, there was something for everyone to take. Can you summarise your experience of scoring for that film? 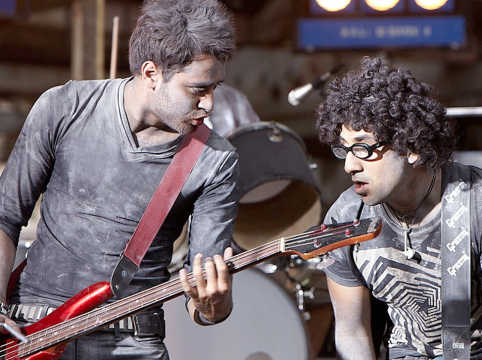 Delhi Belly was the only film where I had a carte blanche from a fearless producer to really express myself and the results are there for all to see. You need freedom to break the clutter, something I get hired to do exclusively in advertising, but the average film world is too scared to take real chances.

You last scored music for Raees (2017), a maiden Shah Rukh Khan project for you. As producer, does Shah Rukh Khan give absolute freedom to his music composer?

I was hired for the project by Excel Entertainment and share a good rapport with all my producers, including Shah Rukh Khan. I'm glad that the film has done well for everyone involved as it was a tough film to make.

The 'Laila Main Laila' remake was perhaps the most popular track. What separated this remake from the many others that we see today is that you retained the essence of the original. Is that how you wanted it?

It's because we recorded most of the elements with live musicians and then added only the necessary amount of electronics to give it an updated sound for today. It was fun to produce and working with live musicians is one of the great pleasures of my job.

Pawni Pandey had told us that when she first recorded the 'Laila Main Laila' remake, she wasn’t even aware that this was for a Shah Rukh Khan film and would be picturized on Sunny Leone. Once she knew it, she re-recorded the song, and you went with the latter. Are there any benefits to not informing the singer on whom the song is going to be filmed?

Pawni always gives her best, so I didn't need to put her under any additional pressure. She is a special combination of talent and commitment. I'm sure this is just the beginning of an amazing career ahead of her.

Good though the remake was, 'Laila Main Laila' will always be a Kalyanji-Anandji legend.  I could be wrong, but the other original compositions of the film were not that great. Your thoughts?

It's actually much older than even Kalyanji-Anandji, but that's another story. We made many, many songs for Raees out of which certain songs made it and others didn't. These things happen, so the final verdict lies with the audience. I'm a team player and I've given my best to the songs and the score. That's all that matters to me. I have moved on.

Your profile on Wikipedia says your genre is rock. Are you happy holding on to your strength or does this tagging restrict you? More importantly, does the film industry see you as just a rock musician?

You shouldn't take Wikipedia seriously. I have worked successfully in many genres, so I don't think people see me purely as a rock musician.

What ails rock music when it comes to Hindi cinema?

Nothing. Bollywood is mostly superficial, so it dabbles superficially with genres like rock, hip-hop or even Indian folk music for that matter, so you get a song like 'DK Bose' once in a blue moon, where the composer and lyricist gets to express themselves freely.

Back in 2008, you took on Rakesh and Rajesh Roshan in a plagiarism row. They had taken a few words and notes from your jingles into a few tracks from Krazzy 4 (2008). The matter is said to have been settled out of court. While it takes courage to take on such bigwigs, did that episode make you unpopular with other bigwig producers till Aamir Khan gave you Peepli (Live) and, later, Delhi Belly?

The matter wasn't settled out of court. It has set a legal precedent in India and I'm very proud of that. Aamir Khan is a very secure human being, so these matters didn't deter him. I'm also thankful for the faith my friends and collaborators in the advertising world showed by giving me work after the court case. It proved to me that sometimes the good guys can win.

You are perhaps the lone musician who hasn’t found a place in blogger critic Karthik Srinivasan’s list of copied tracks. Originality lies in concealing the source. Can Indian cinema continue to toe this line? Or is there no evil in taking inspiration to create your tunes?

We have to get away from these glib cliches like 'originality lies in concealing the source'. We create music because of the music we love listening to. However, you become an authentic artist when you distil your many inspirations through the prism of your own life experiences. Every person is unique and in that uniqueness lies the originality of the artist. For example, Quentin Tarantino is an authentic, original artist; yet he revels in revealing his inspirations. In Bollywood, lazily passing off someone else's work as your own gets labelled 'inspiration' when nothing could be further from the truth.

Today, the word nepotism is being debated widely. Earlier, it was just the media but now Kangana Ranaut has triggered a war with Karan Johar. This nepotism is rarely talked about in the playback scene. Are we to assume then that there is no nepotism in the 'Bollywood' music industry?

Of course Bollywood is a nepotistic industry. It's primarily because we are a society that promotes nepotism. We love our dynasties; we love to gossip about them, speculate on their private lives, place them on a pedestal and tear them down when we are displeased. The media is complicit in this and it has set our creative industries back by decades. There is too much power vested with the people who appear on screen and too little with the people creating the sound and images. Who knows how many great talents have fallen by the wayside due to lack of opportunities? The good news is that we can fix it and the fact that we are openly discussing it is the first step.

Your grandfather TV Ramanujam was one of the founders of the prestigious Shanmukhananda Hall  (cultural centre in Mumbai). It's like this temple for Carnatic music. Growing up, what memories do you have of visiting that place?

I love going to Shanmukhananda Hall. There are too many special memories to elaborate on any one. It's where I have watched the masters of Indian music, dance and arts at their peak, so it's a magical venue for me.

After Raees, what next?

I'm working on two movies and a host of very interesting non-film projects.

Finally, we bagan with 'Bhaag DK Bose' and now I’d like to end with 'Jaa Chudail'. Have you felt like saying this to anyone in real life?

No. I've gotten close, but thankfully things never got that extreme.