BR Ishara: A pioneer of female sexuality in Hindi cinema


On the director's 5th death anniversary (25 July), we look at some of his films that might have run into trouble with the Pahlaj Nihalani-led CBFC if they were released today.

Even as urban cinegoers go gaga over the brave take on female sexuality in Alankrita Shrivastava's Lipstick Under My Burkha, there is a whole demographic that is peeved at this appreciation for a film they regard as 'obscene'. While Shrivastava found support from a society in flux, BR Ishara only faced censure for dealing with similar issues.

Born Roshan Lal Sharma in Himachal Pradesh, BR Ishara arrived in Bombay to become a film director. The path was not easy. From being a tea-serving 'babu', he quickly rose to become dialogue writer on several films. It was in 1964 that he directed his first film, Awara Badal.

While his first film was a simple adventure romance starring Ajit and Helen, his later works would astonish an Indian audience unaccustomed to sexuality on the screen. Of these, it was Chetna (1970) that truly broke the taboo.

The story of a young man who marries a prostitute out of his innate idealism, the film travels through the hypocrisy of a society that preys on women and cannot accept their salvation in any form. Starring Anil Dhawan and Rehana Sultan, the film acquired notoriety for its 'full nude' scene. While some looked down upon the nudity and bold scenes, there were many who appreciated Ishara's courage to pick up a story that needed to be told.

As Rehana Sultan, who acquired pan-India fame after the film, said in a 2016 interview to the website Quint.com, "Saheb [Ishara] made so many bold films. He often ran into censor [board] trouble but never buckled under such pressure."

Surprisingly, Chetna was passed by the censors in 1970 with an 'A' certificate and minimal cuts. The bold poster showing a woman's bare legs was one of attractions of the film. It was, however, not the only shocking element of Ishara's film. Its tagline, 'Every prostitute is a woman', would have ruffled some feathers on both sides of the divide today.

Explaining the idea behind the film, the director said in an interview with the Hindustan Times newspaper, "I have always believed that the only place for a man in a woman’s life is between her thighs. And that was the basic idea of Chetna too." 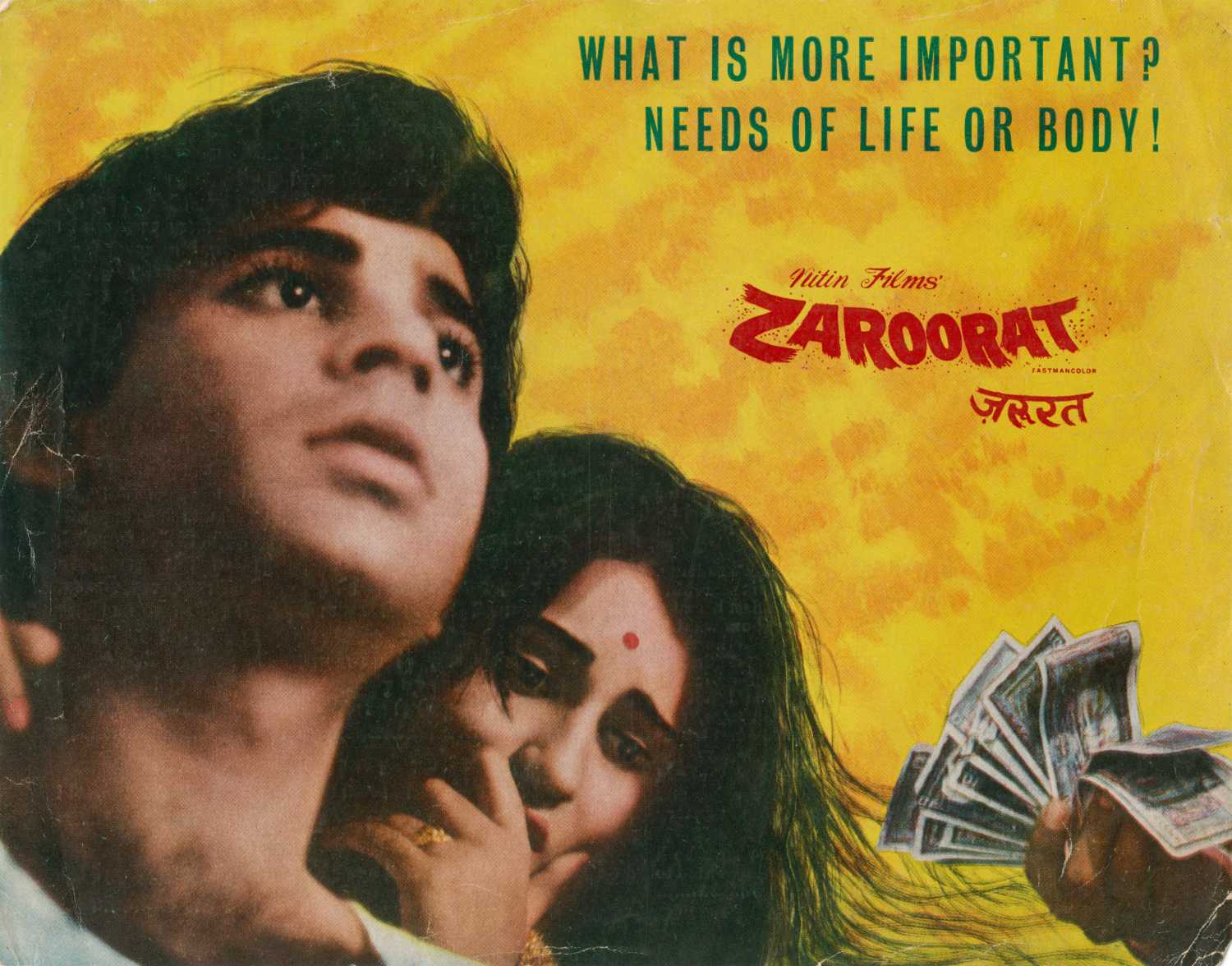 It is difficult to imagine some of Ishara's films even finding their way to the screen today. Filled with scenes of sex, women smoking and sometimes seducing a weak-natured hero, these films were, in one way, pathbreaking.

Take Zaroorat (1972), a film based on a woman who agrees to sell herself to keep her marriage and livelihood going. Two decades later, Robert Redford and Demi Moore would create cult magic with Indecent Proposal (1993). Ishara had pre-empted them, and the Indian audience. Today, the Central Board of Film Certification (CBFC) and its chairman Pahlaj Nihalani would have had convulsions hearing the plot. Not to mention the number of political parties and 'social' organizations that would have taken 'offence' at the very idea.

An agent provocateur, Ishara titled his films in such a way as to shock audiences. Titles like Aurat Pair Ki Juti Nahin Hai (1985) and Sautela Pati (1985) could make heads turn even today. The posters of his films were just as provocative. Bazar Band Karo (1974) made a direct comparison between prostitution and marriages built on dowry. Today's moral police would not have withstood this direct analogy. 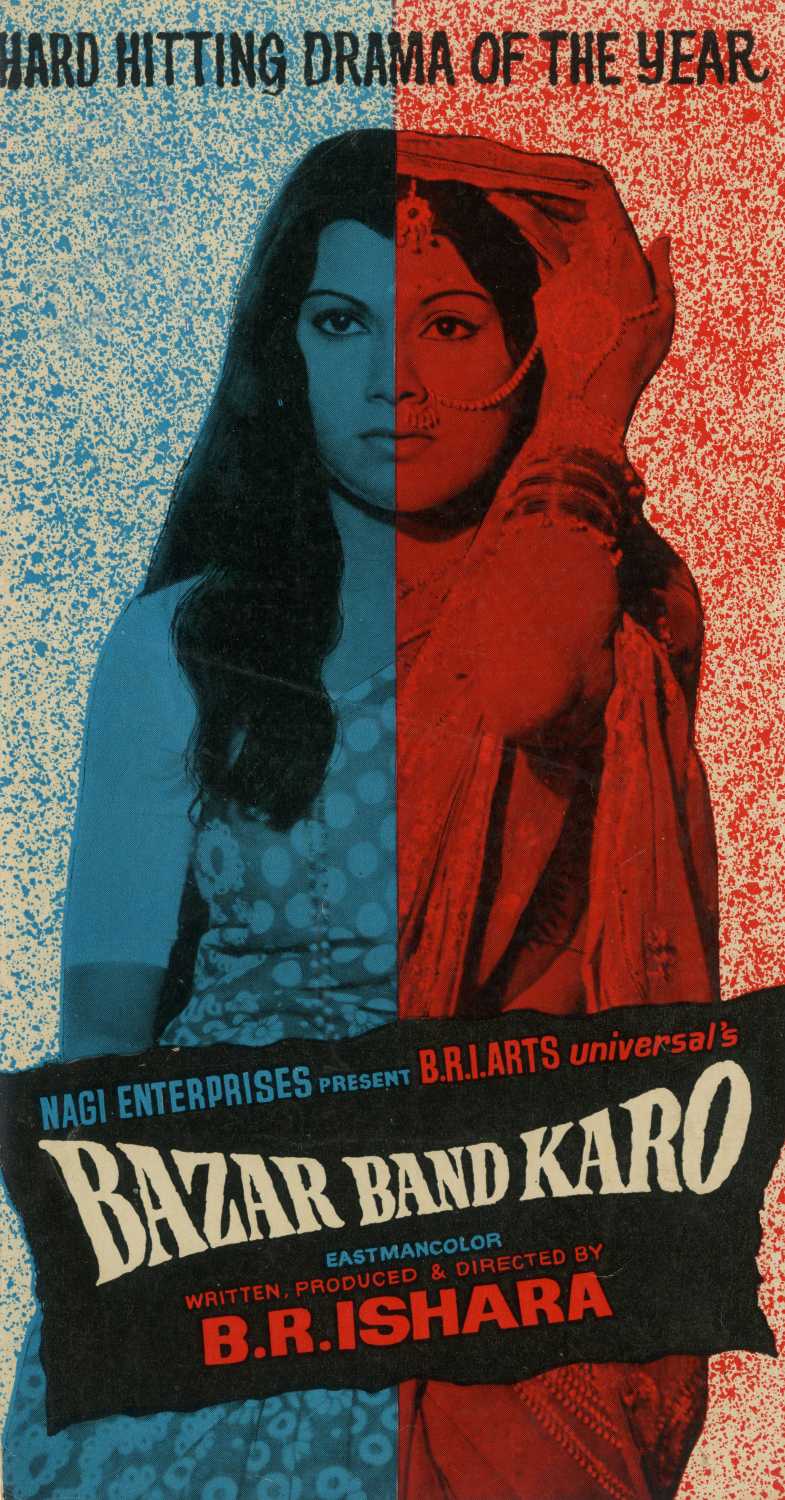 Despite his stories and films often receiving an 'A' certificate and limited release, Ishara worked with the top stars of the decade. Amitabh Bachchan, Parveen Babi, Dev Anand, Rekha, Jaya Bhaduri, Shabana Azmi, and Prithviraj Kapoor were some of the names that made appearances in his films. However, their presence could not ensure Ishara's popularity among the mainstream audiences.

It is not that Ishara chose subjects that were titillating. Most of his stories worked on the angle of social reform and pointed to the hypocrisy of society, some of them in ways unexpected. In Kaaran (1981), he showed his protagonist murdering his conservative mother to marry a prostitute. It was symbolic of the idea that reform can only arrive after a complete break from tradition. Few can imagine this plot being narrated to an established film star today.

In 1987, Ishara was involved in a bitter battle with the CBFC to try and save his film Society. Speaking about the issue, the director would later say, "The guidelines are so vague that they can be interpreted differently by the members. There is no uniformity even in one state, leave alone at the national level. The censors from the Southern states are more liberal and advanced in their thinking than their counterparts elsewhere. Besides, the censor officials and the advisory members are in awe of the bigwigs in the industry. That is how the Raj Kapoors and GP Sippys and BR Chopras get away with anything in their films and the small producers must go through hell."

Cartoonist RK Laxman caricatured the position of the political elite in a cartoon in the daily, The Times Of India. In June 2016, director Subhash Ghai reused the same cartoon as a symbol to provoke some change in the CBFC. In the tweet, he also mentioned that "in the 1970s, it was BR Ishara versus censor and now it's Kashyap versus censor".

R k Laxman said it in 70s when it was BR ishara vs censor now it's kashyap vs censor. Let's solve it @Ra_THORe now pic.twitter.com/yV3D0GUG80

It was hypocrisy that targeted films like Chetna while letting Satyam Shivam Sundaram (1978), Insaf Ka Tarazu (1980) and Aaj Ki Awaz (1984), which had just as many violent or titillating scenes, pass through certification easily.

A man of the street, Ishara would often visit Dharavi, the slum capital of the country, and spend time among the poor and huddled masses to source stories. It is from this world that he formed his ideas. In an interview, he once said, "I don’t think every woman is a prostitute, but I do think that every prostitute is a woman. And being a woman, she is as much a human being as a man. She has needs too... and desires."

Even if the CBFC shies away from it, this thought is seconded by many filmmakers today.