I am a lot like Captain Lakshmi Sahgal: Mrudula Murali on her role in Raag Desh


As unique as the plot for Tigmanshu Dhulia's Raag Desh is, the film also potrays Captain Lakshmi Sahgal, the first woman commandant of the Rani Jhansi regiment of the Indian National Army.

While Captain Lakshmi Sahgal is not a name that has ever featured before in a Hindi film, she does have a indirect connection to the industry. Apart from being the first female captain to lead an all women batallion in Subhash Chandra Bose's Indian National Army (INA), captain Sahgal was also the grandmother of director Shaad Ali [who made Kill Dil (2014), Raavan (2010), and so on].

A pioneering woman who left a career as a dancer to join Bose's call for an armed uprising against the British Empire, Lakshmi Sahgal joined the INA and travelled around the world. It was in the army that she met Captain Prem Kumar Sahgal, around whose capture and eventual court martial, Tigmanshu Dhulia's Raag Desh revolves.

The task of playing one of India's legendary females falls on the young shoulders of Mrudula Murali. Having made her debut in the Malayalam film, Red Chillies (2009), the actress calls the experience of working in Dhulia's film 'exciting'.

Speaking to Cinestaan.com she says, "It was a happy moment because not everyone gets to play historical characters." The actress was approached by casting director Mukesh Chhabra for the role after he noticed a couple of pictures of her. She reveals, "Well, they approached me. Mukesh Chhabra saw my photographs on Instagram, and I had to give an audition. So, they were happy with my audition and I got the role." While the approach sounds simple, the role certainly was not. The complexity of playing Lakshmi Sahgal was compounded by the fact that she has been rarely talked about.

Born Lakshmi Swaminathan on 24 October 1914 to an aristocratic family in Palakkad, Kerala, she studied medicine and received an MBBS degree, before joining the Indian National Army in 1940. It was under her leadership that the Rani Jhansi regiment of the INA was set up. After the dissolution of the INA, Lakshmi Sahgal became an active member of the Communist Party of India, even being nominated for Presidency in 2002. Lakshmi Sahgal passed away at the age of 97 in 2012.

Mrudula emphasised that despite the weight of the character, the preparation for the role was simplified with the help of Dhulia, the director: "I was very excited to play her. It was my first time playing a historical character on screen. Sir (Tigmanshu Dhulia) did explain her character, and her role to me, as well as the things that have to go into playing Captain Lakshmi Sahgal. I did read a lot of books. I even spoke to her neighbours to get a picture of how she was. Sir helped me a lot in learning how to portray Lakshmi," she shares. 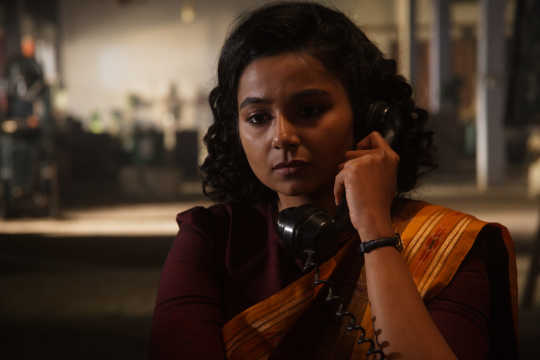 The actress reveals that Raag Desh particularly focusses on the early years when captain Lakshmi Sahgal joined the INA. Asked about her role, she says, "The interesting thing was that she was a dancer. She was a very choppy character. She is very jovial, and had a good sense of humour. Also, she was very bold, curious and wanted to know about everything. As someone in the field of war."

Though the actress pointed out that the film is based on the period before her marriage to captain PK Sahgal (played by actor Mohit Marwah), the trailer does point towards an underlying plot of a relationship between the two characters.

Mrudula also quipped that she was not sure of getting the film even after the auditions: "The first question I asked him (Dhulia) when I met him in Mumbai was "Why did you choose me?" He told me that I was really confident, without knowing the intricate details about Lakshmi, or much about her in the film, I could portray her personality well in the audition," she says.

Despite the help from the director and her co-stars, she did face some trouble with the language. Raag Desh is Mrudula's first Hindi film, previously she has worked in five Malayalam films and three Tamil films."I am not very fluent in Hindi, but I could communicate. So, I used to learn all the lines and deliver them. Tishu (Tigmanshu Dhulia) sir gave me all the suggestions, and we would improvise," she adds.

The actress also underwent a makeover to play the rugged, disciplined army medic in the film. While she has always played the modern girl on-screen so far, this one is a 'surprise' she promised. "Other than that, physically the way I look and the way Lakshmi looks is very different. To see me in a very different avatar has surprised people who know me," she said. 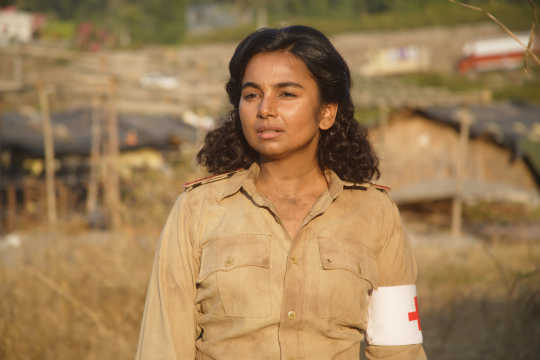 But did she want to do a Hindi film? "It is not like I wanted to do a Bollywood film, or I wanted to try this. It just happened to me. I was really happy about it. Also, Lakshmi herself was born in Palakkad, in Kerala. It's where I am from too. Then she moved to Madras, joined the INA and travelled around the world," she laughs.

The actress is currently working on multiple projects in Tamil and Malayalam, but it is Tigmanshu Dhulia's period film that will release first. "I am really looking forward to the release of this film," she concludes.

Well, she certainly has the fortune of playing a forgotten hero of the Independence struggle.