On Hindi cinema's first superstar's fifth death anniversary today (18 July), we take a look at his debut in Aakhri Khat, which, interestingly, had a toddler in the lead role.

In 1965, Rajesh Khanna won the United Producers' All India Talent Contest, judged by stalwarts including Bimal Roy, Guru Dutt, and Yash Chopra. He had entered the contest hoping to get an opportunity to act in films. Little did he know then that he would go on to become Hindi cinema’s first superstar, inspiring mass hysteria in the years to come, the kind the industry had never seen before.

Khanna’s stardom and rise to fame is the stuff of legends but few people know that after winning the talent hunt, he started shooting for GP Sippy’s Raaz (1967) but Chetan Anand’s Aakhri Khat (1966) released first, making this his debut film. A far cry from the romance dramas that would pave the way for his meteoric ascent and his eventual domination over the industry. Khanna’s unusual debut has a child (Master Bunty) in the lead role.

Before Aakhri Khat, Chetan Anand had completed the war film Haqeeqat (1964), which was set in the wake of the Sino-India War of 1962. The director wanted to make a small budget experimental film about a child wandering the streets in a city, in search of his mother. A stark comment on the apathy of the city, the film draws its inspiration from Khwaja Ahmad Abbas’s Munna (1954). 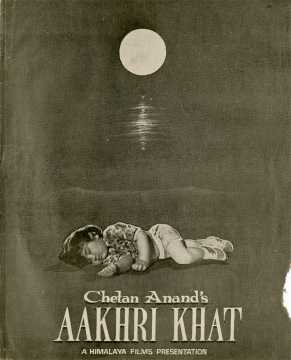 A child in the city

Govind (Rajesh Khanna) is a sculptor who falls in love with a young woman Lajjo (Indrani Mukherjee) in a village near Kullu. They secretly get married in a temple (without any witnesses) and Govind returns to the city. Lajjo realises that she is pregnant and comes to meet Govind but he doubts the child to be his own and refuses to accept her. Heartbroken and dejected, she leaves his home and subsequently gives birth to a boy. Suffering from a debilitating disease, she wants the father to accept his child and writes letters to Govind, hoping to leave the child in his care. But she dies, leaving the child to wander the streets alone. Govind too realises his error and sets out to find his child. The film then follows the 15-month-old boy, searching for his mother.

While the central theme of the film, an unwed (technically) mother questioned about the legitimacy of her child, was explored in several films of the decade, what makes Aakhri Khat stand out is its treatment and focus of the theme. With sparse dialogues and action, the emphasis notably, is on the child and not on the fate of the mother.

In his book on Khanna, Yasser Usman reveals that Chetan Anand, experimenting with guerrilla style shooting in the film, left the child to wander around in the city and filmed him through hidden cameras. Thus, the vulnerability and anguish of the child seem remarkably real as his innocent, unguided actions exhibit his lack of awareness. He picks up food off the street to eat, sleeps on a railway track, eats sleeping pills, takes prasad meant for the Gods from a temple etc, there is even an adorable moment when he has taken some sweets from a sweet shop and doesn’t know how to climb down from the pavement.

But it is through the figure of the wandering child, that the film makes a scathing comment on the city, where people are only preoccupied with their own interests. There is a revelatory scene which furthers the reflection on the city. Police inspector Naik (Manvendra Chitnis) and Govind find a child crying and ask a man sitting next to the child, the reason for its cries. In a response that seems extremely pertinent today, the man asks, “Rona mana hai? Peena toh mana hai, khana bhi mana ho raha hai, hasna toh apne aap hi mana ho jayega, par rona kyun mana hai?” (Is crying not allowed? Drinking is not allowed, eating is also being curbed, laughter will cease on its own but why is crying not allowed?).

In the serious narrative, there is some comic relief, as in an attempt to locate the child, Govind’s errand boy Moti (Mohan Choti) goes to the park looking for a “faltu bachcha” (extra child) and comes face to face with a mother, played by Tun Tun! 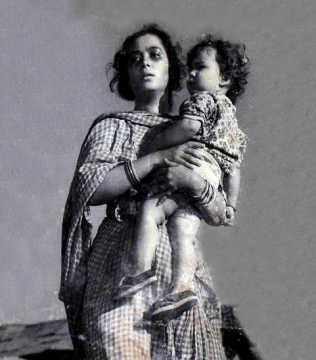 The sparse but effective use of songs compliments the mood of the film, with 'Aur Kuch Der Thehar', capturing the blooming romance between the lovers amidst a lush, picturesque Himalayan landscape. 'Mere Chanda Mere Nanhe' captures the anguish of the mother and underlines the heartlessness of the city in the line, 'Paththaron ka hai yeh shaher saara' (This city is made up of the stone-hearted).

The romantic 'Rut Jawan Jawan Raat Meherbaan' is sung by Bhupinder Singh who also features as the singer performing the song in the film. Incidentally, Chetan Anand had initially offered the lead role to Singh, after his performance in Haqeeqat (1964). When that did not materialise, the part was offered to Sanjay Khan and it finally landed up with Khanna.

The soundscape marks the shifts in narrative as it oscillates between the idyllic pastoral past in the village with the mellifluous tunes for the village giving way to disco music and the clamour of the city. The effective use of music by Khayyam is integral to the film as it creates moments of tension, especially in the scene when the child is lying on the railway tracks.

The making of the superstar

As the conscientious artist who flounders in the moment of crisis only to bitterly regret it and lose the one he loves, Khanna’s performance is nuanced and effective. Inspector Naik sums up our reaction to Govind as he says, “Iss pe taras aata hai par gussa bhi aata hai” (One feels sorry for him but one also feels angry at him), as the circumstances clearly arise from the choice that he makes. He plays the romancing hero with relative ease and his gaunt look and restrained performance towards the end as he sees his child for the first time, is noteworthy.

In an interview with Ranjan Das Gupta, Khanna reminisced about the shooting of the film and described the last shot of the film, where he is sitting almost lifeless and without hope until he sees his son, as being the most challenging scene. He said, “Chetan Anand used to wake me up with late night phone calls so that my face had the ideal pathos oriented look”.

Aakhri Khat received critical acclaim but did not fare well at the box office. However, Khanna’s acting talent was appreciated and apparently his performance even prompted Waheeda Rehman to recommend him for Khamoshi (1969).