Nakahara has worked on critically acclaimed Hindi films like Noor (2017) and Mary Kom (2014).

Cinematographer Keiko Nakahara was born on an island in Japan that has a population of around 30,000. When Cinestaan.com caught up with her in Mumbai, the locality where we were had many more people. So, how did someone from a small island in Japan get settled in busy, bustling, overpopulated Mumbai? It all happened by chance. Nakahara signed up to shoot for 3G – A Killer Connection (2013), fell in love with one of the two directors Shantanu Ray Chhibber, and married him.

Her latest project is Madhur Bhandarkar’s Emergency-era saga Indu Sarkar. In an interview, Nakahara narrates her life story, her filmmaking lessons in the US, visit to India, and challenges of shooting Bhandarkar’s movie. Excerpts:

When and how did you develop an interest in cinema?

My interest in films grew since my father loved watching films. I used to sit next to him while watching. When I was 13, I knew I wanted to be a filmmaker. That has been my dream and I am really glad that I am doing what I wanted to do.

How did you venture towards working in films?

As I loved watching films, I knew I wanted to be a filmmaker. But I don’t have a film background in my family at all. I had no clue what is filmmaking. The only thing I knew was that it needs a director. So in the beginning I thought I wanted to be a director, so that I can make a film. After high school, I went to the US. After graduation I did a film course at the San Diego State University. In this course, you had to take all the classes like direction, cinematography, editing, sound, acting, etc. When I took the cinematography class, I realized I love camerawork more than directing. At that time, I changed my focus to cinematography.

Where were you born in Japan?

I was born in the small island called Tanegashima. It is a very small island where around 30,000 people live. But my father was in the army. So I grew up in different cities like Tokyo, and in the north and south of Japan.

You started working as a cinematographer in the US. How did it all begin?

I finished my film school in 2005. Fortunately, in the same year I got an opportunity to shoot a feature film. It was a small-budget film titled Finest Hour where I got hired as the director of photography (DoP).

In film school, you have to shoot a project. I also shot other people’s projects. So, by the time I finished my film school, I had a portfolio to show. After that I shifted to Los Angeles. But I didn’t know anybody there. So, it was difficult for me to look for a job, especially being a minority and a female. I didn’t know where to start. The only good thing was that I had my portfolio.

Slowly, word-of-mouth spread. I know that I don’t look like a cinematographer. It is difficult for me to knock on the door and ask for a job. I always give my 200% in each project. I put my time, effort and energy. After that, other people started calling me for other projects. That’s how it kept me going.

How did your connection with India happen?

I had never imagined coming to India. When I lived in Los Angeles, I became close friends with a French photographer. She is a still photographer who travels all over the world. She keeps coming to Mumbai as it’s one of her favourite cities. She loves taking pictures of Mumbai and India. When she was here in 2011, she met a film producer. He told her they are looking for a cinematographer for their next film. She immediately gave my name and they checked the demo reel on my website. I guess they liked my work and he called me in LA. He asked if I would be interested in coming to India to shoot his film.

Initially, I was very hesitant to come to India because I had never been here and didn’t know the people here. Plus, I was doing well in LA. I was chosen as one of the young and upcoming cinematographers by the American Society of Cinematographers (ASC). I read the script and got along well with the director Aravindan through Skype. And I thought this might be a once-in-a-lifetime experience. So I decided to come to India and do the film.

Did you face any communication challenges here?

Not too much because my directors, assistants, production designers and other people speak fluent English. And they always provide me with an English script so that I understand every dialogue and scene. I already know a little bit of Hindi. My lighting boys don’t speak much English. But I can kind of communicate with them. I want to learn more.

You have worked in the US and then in India. What is the difference in terms of the technology?

In India, we have the same kind of cameras as in the US. The only difference is that in the US, they have different varieties of lenses. Here we do have some varieties but comparatively the US has many more types of lenses.

The shooting of 3G – A Killer Connection was a turning point in your life. It got you settled in India.

When I was doing my first movie in India, I met the line producer, Mehjabeen. We became very good friends. I shot that movie and went back. She called me again to ask if I would like to shoot this film 3G, which was made by first-time directors [Sheershak Anand and Shantanu Ray Chhibber]. She said it would be shot in Fiji.

When I heard Fiji, it sounded very exciting as I had never been there before. I was thinking it must be a beautiful place to shoot a movie. I had a good Skype chat with the directors and they sent me a script. I decided to do it as it was a very interesting concept of a romantic suspense film. I flew to Fiji Islands for the film. I met Shantanu Ray Chhibber. After the movie, I decided to marry him and stay in India.

You give a lot of importance to preparing a ‘lookbook’ for the film. What exactly is it and why is it important?

I believe my job as director of photography is to create the mood of the film. The first thing I do is talk to my director on what kind of a mood he wants in the film. I try to understand the director’s vision. Once I know that, I prepare the 'lookbook' from the beginning till the end. I research on the internet and gather images which are close to what I want to show in the film. I do this for every film. I show it to the director, production designer and costume people so that everyone understands what kind of mood we want to create.

You specialize in using the handheld camera.

I have to be careful and decide for which scene to use it. I also need to decide whether a movie needs it. For example, in Mary Kom (2014), I shot 95% of the movie using a handheld. It was Mary Kom’s biopic. So, I wanted to show more realism in it. But I didn’t want to make it a very shaky handheld job. I needed it just because of the characters. It’s a different style of filmmaking. And I love doing handheld. But if I am shooting a comedy or romantic comedy, I wouldn’t use a handheld.

What were the challenges of shooting Indu Sarkar?

It’s a period film and the story is based in Delhi. But we chose to shoot in a studio in Karjat. So I was very careful on what to cheat and show as Delhi in Karjat. Coming to other challenges, for a wedding anniversary sequence, we were discussing what type of lamps a house would have had in 1975. I was going to use mirchi lights [small decoration lights] in the scene, but I was told that there were no such lights in 1975. I had to discuss these things with our production designers. I was told they had a kerosene lamp then. So, I also used that in one scene. 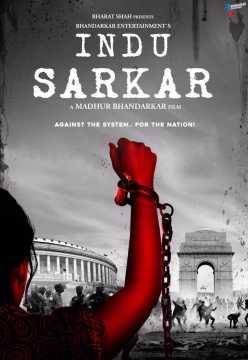 The movie is based on the Emergency. Were you aware of the history?

I did some research as I wasn’t much aware about the 1975 Emergency. I did my study even before I had a meeting with Madhur [Bhandarkar] sir. I wanted to know the background and the history of that time and about Indira Gandhi and Sanjay Gandhi.

You said that when you started off, you wanted to be a director. Any plans of becoming a director now or in the future?

No, I don’t think so. Earlier, I didn’t know the difference. Now I know. I love being the director of photography to tell a story visually. And direction is a totally different job. So, I am really happy with what I am doing. I really respect all the directors. I don’t think I am capable enough (laughs).

Do you believe you have settled here now?

I would love to continue working here. I love Bollywood films. Watching movies is one of the biggest modes of entertainment for Indian people. It is very different in Japan because movie business over there is becoming smaller. People are more interested in other forms of entertainment. It is more digital. TV is more dominant. I feel their love towards movies is shrinking. But here, everybody loves films. Everybody is talking about films. So, it is a pleasure being a filmmaker here.