The actress was spotted in a pretty pink dress on the sets of the comedy in New York's Central Park.

Priyanka Chopra, who had been filming the Hollywood film, A Kid Like Jake, in New York has now simultaneously begun shooting her next project Isn't It Romantic? 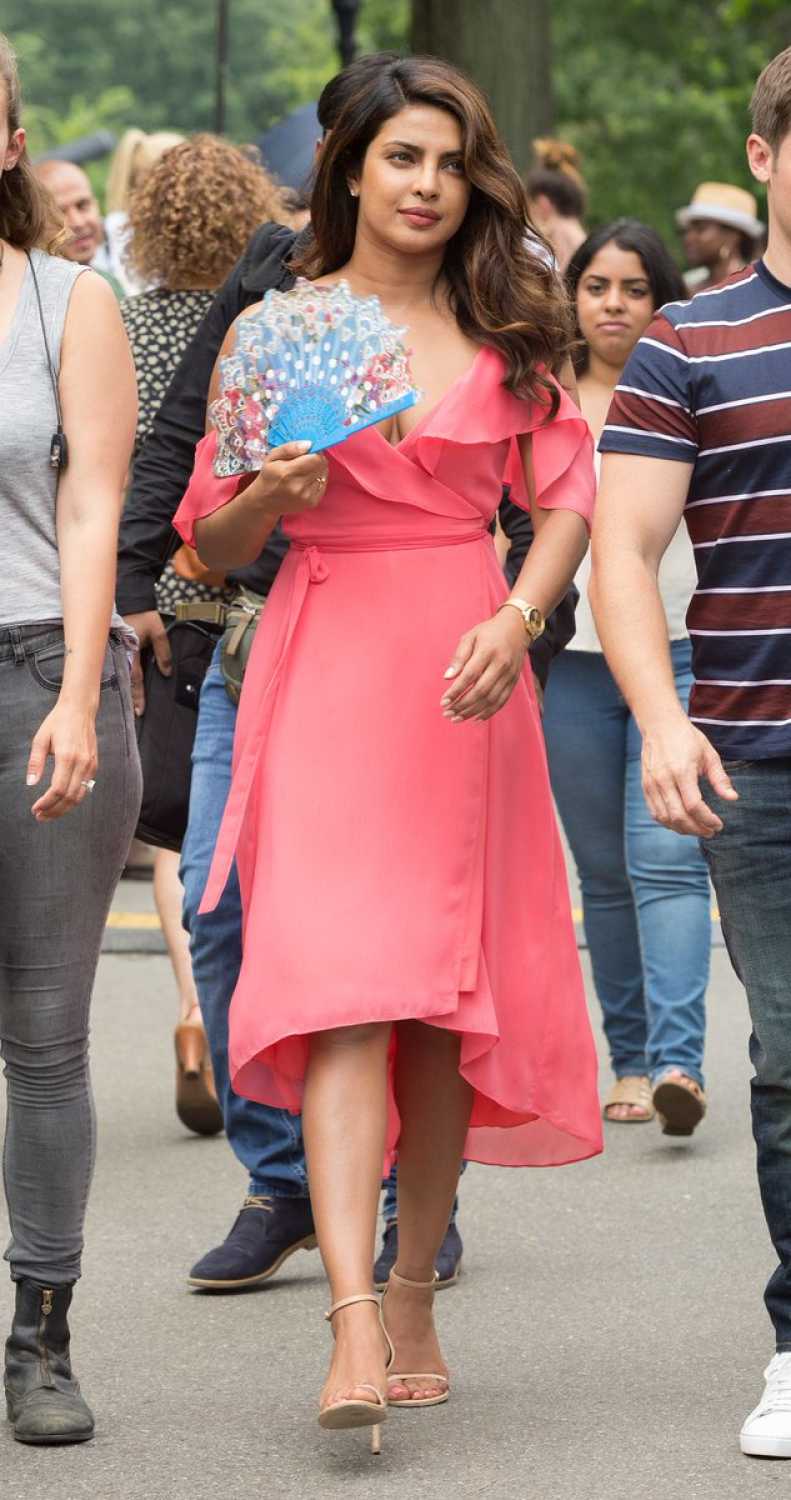 But the scene Chopra was shooting was a funny one, as she kept breaking into laughter in between shots. It looks like in the scene Chopra, who is seen at a coffee table, chokes on her cupcake and Devine comes to her rescue in what appears to be a Heimlich manoeuver. The pictures of Chopra and Devine together are quite hilarious.

Dailymail.co.uk even got their hands on a behind the scenes video of the scene being enacted.

Check out the rest of Chopra's pictures on the sets of Isn't It Romantic? here.

Directed by Todd Strauss-Shulson, Isn't It Romantic?, which also stars Liam Hemsworth, will be released on 14 February 2019.