Shashi Kapoor remained the gentleman artiste who strove to balance art with the pressures of stardom.

Mention Shashi Kapoor and no matter which generation you address, they will talk of a genial young man with a cherubic smile and a glint in his eye. Till the end, this remains the strongest memory of the man who was an actor, filmmaker, producer, and artist.

Son of the legendary film and stage actor Prithviraj Kapoor and kid brother of Hindi cinema stalwarts Raj and Shammi Kapoor, Balbir Raj Kapoor was born on 18 March 1938 in Calcutta in the erstwhile Bengal Presidency. Lovingly called Shashi, he was the youngest of Prithviraj Kapoor's children. And given the family's pedigree, it was perhaps inevitable that the young man would follow in his father and older brothers' footsteps.

Shashi Kapoor made his debut early in life, as a child artiste in Raj Kapoor's Aag (1948). He featured again in Awara (1951), playing the young Raj Kapoor. Yet, unlike his brothers, he remained defiantly non-conformist and his debut film as male lead, Yash Chopra's Dharmputra (1961), saw him play a Muslim child born out of wedlock who grows up to be a Hindu fanatic. His dimpled charm and boyish good looks, however, ensured that he was soon cast as the new romantic ideal. 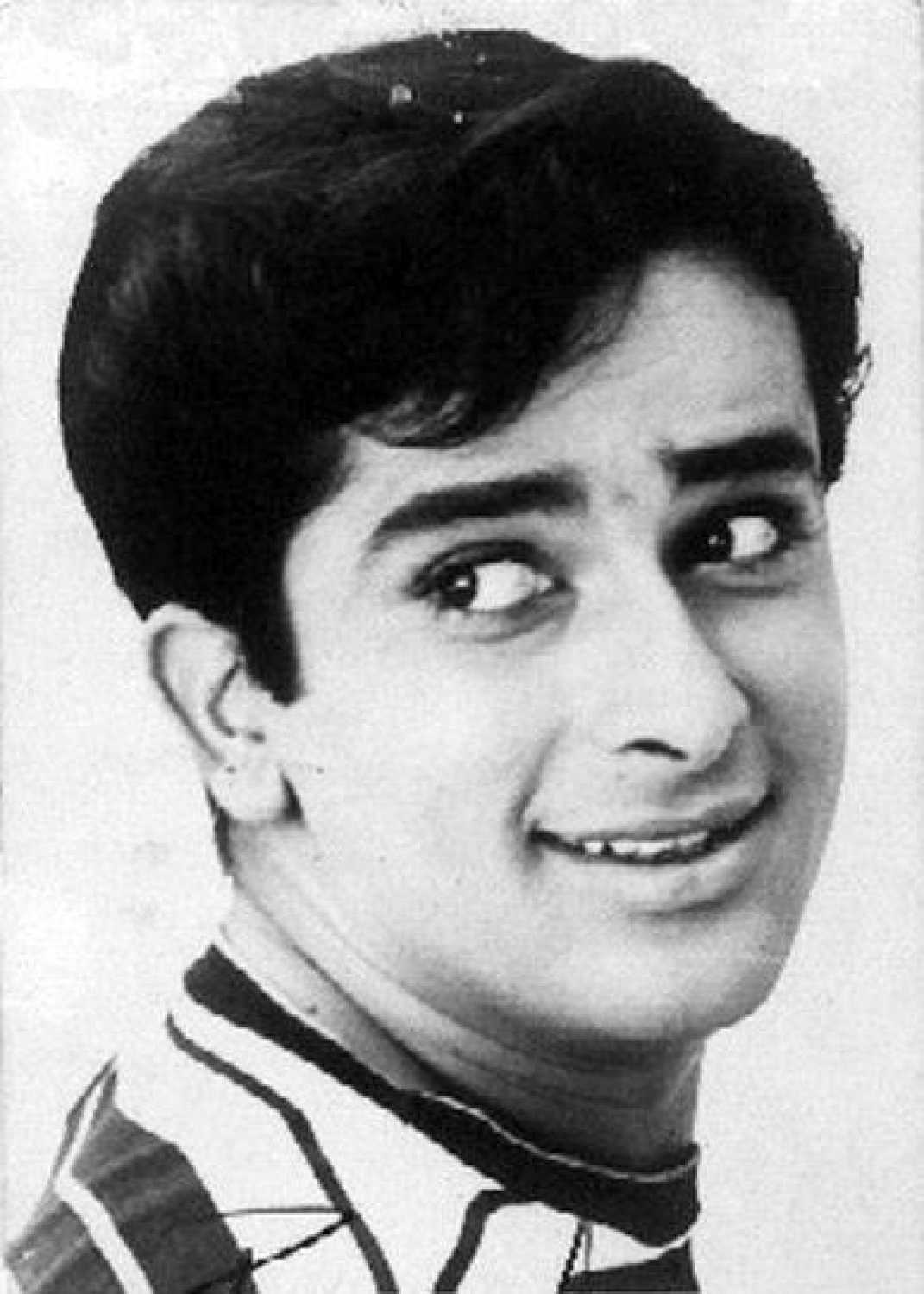 It was not an easy journey. Films like Char Diwari (1961) and Prem Patra (1962) tanked at the box office. Indeed, his first three years saw the actor feature in as many as eight flops. Soon, leading actresses were refusing to be cast with him.

It was their friendship that made the actress Nanda sign as many as six films with the struggler. It proved to be a lifesaver. Once Jab Jab Phool Khile (1965) was released, Shashi Kapoor became a bona fide star. With films like Waqt (1965), Sharmeelee (1971) and Roti Kapada Aur Makaan (1974) following, he established himself as a trusted performer.

Then came Deewaar (1975). The film, which confirmed Amitabh Bachchan as the new superstar of Hindi cinema, had Kapoor playing his idealistic younger brother. While Bachchan was empowered by the blaze of Salim-Javed's dialogues, Shashi Kapoor was immortalized with a single line — Mere paas maa hai [I have Mother] — delivered with a conviction that deflated the whole preceding tirade of the Angry Young Man.

Forty years later, a Twitter generation has begun to realize the strength of that brevity that Shashi Kapoor embodied. He shared screen space with Amitabh Bachchan in films like Kabhi Kabhie (1976), Trishul (1978), Kaala Patthar (1979), and Suhaag (1979). While the industry frowned upon his habit of taking on smaller roles, Kapoor remained undaunted.

In an interview with Filmfare magazine in August 1975, Kapoor said, "I think it's ridiculous to say that Amitabh's role was engineered to show me up. After all, before I took the role I knew I was playing the second lead. So the idea of a conspiracy against Shashi Kapoor is bullshit. And in any case why do we have this hang-up in our country? About always coming out as heroes. In the West great names like [Laurence] Olivier, [Richard] Burton, [Rex] Harrison frequently played second roles. There's nothing demeaning about that."

To Shashi Kapoor, an actor was a member of the collective. After all, he had cut his teeth working backstage with his father's Prithvi theatre troupe. Joining as a set assistant, he progressed to extra and, later, an actor on stage. It was also during his days with Prithvi that he met the love of his life, Jennifer Kendal. A love that would define his life, achievements and legacy. 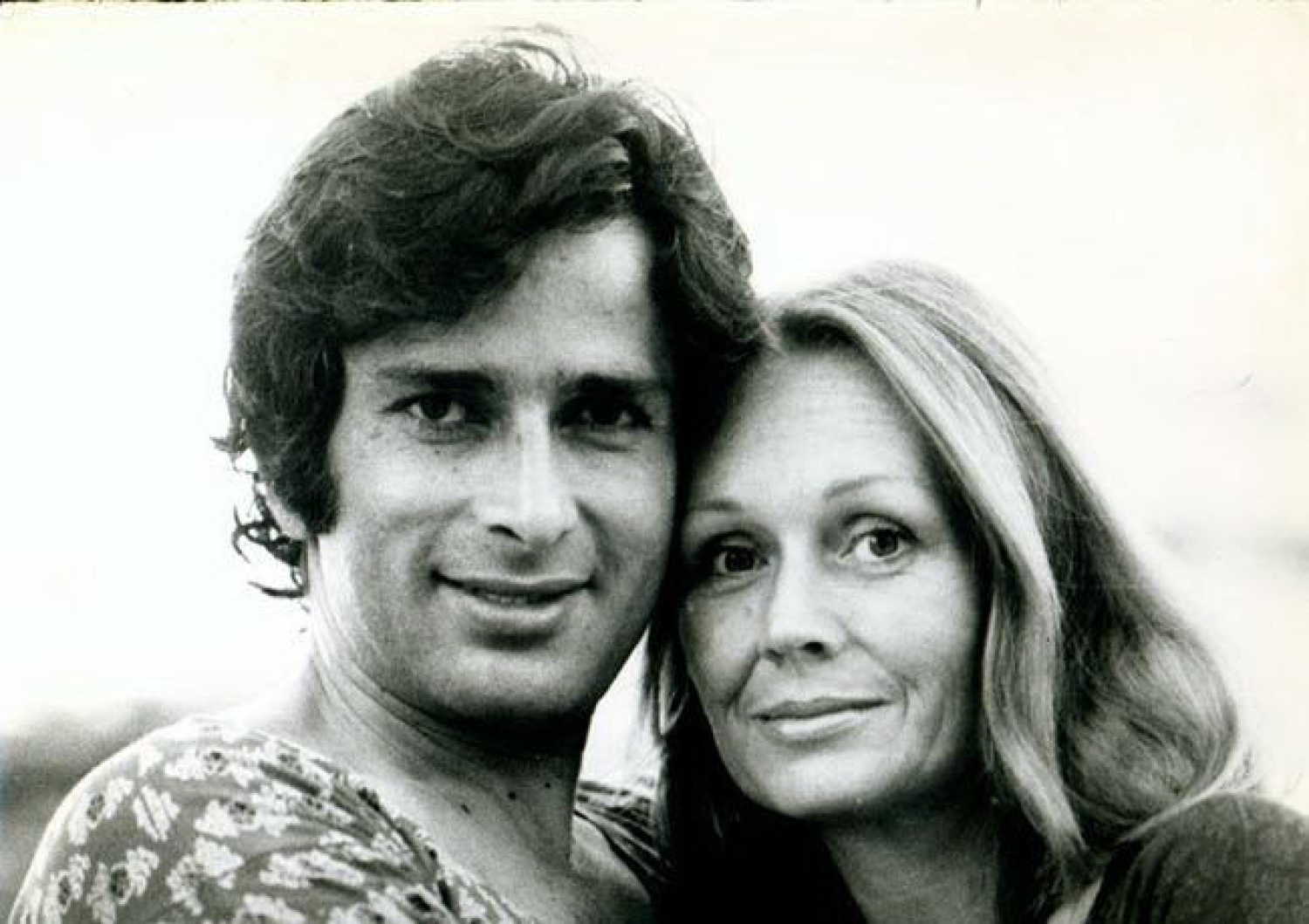 In an early interview, Kapoor described being a young, 'untouched' man when he met her. He said, "I spotted Jennifer for the first time seated in the theatre, watching one of our plays. We were staging shows in a beautiful theatre called Empire, in Calcutta, in 1956. Our play had a four-week season but be­cause we did very well, we were asked to extend our stay. This meant that the next company, Geoffrey Kendal’s Shakespearana International Theatre Company, had to wait. So they would all come and watch the plays, because there was nothing else they could do! I used to see this beautiful girl sitting there, day after day, in the same row. Then I discov­ered that she was Mr Kendal’s daughter, Jennifer."

The two would become muse and artiste to each other. But neither really fit into the world of Hindi cinema. As Kapoor said in the same interview, "My wife and I both being actors, especially on stage, we were aware that I wouldn’t get intelligent films all the time. So I went along with whatever I got. I guess that’s how a professional has to behave. I didn’t have any other job, so I was acting and thus making a living. I don’t think I did badly. I owe it to the film industry for letting me earn."

Kapoor's thirst to create meaningful cinema required partners. These arrived in the form of James Ivory and Ismail Merchant. In 1963, even before he had become a star in Hindi cinema, Shashi Kapoor acted alongside Leela Naidu in the Merchant-Ivory production, The Householder. The film's success prompted them to follow it up with Shakespearewallah (1965). The film was based on the life of the Kendals, and documented the life of a travelling troupe of theatre artistes enacting Shakespeare in India.

Kapoor would eventually work in four Merchant-Ivory productions. Apart from Shakespearewallah and The Householder, he acted in Bombay Talkie (1970) and Heat And Dust (1982). The partnership extended to films produced under the banner like The Deceivers (1988) and In Custody (1994). The relationship defined his own growth as a producer. As the film industry raves today about small films driven by content, it is important to remember the man who fought to make it a reality.

As producer, Kapoor backed films that were far ahead of their times. They were driven by content and style, and eschewed the overt drama that was the norm of the time. Films like Shyam Benegal's brilliant Junoon (1979), Aparna Sen's directorial debut 36 Chowringhee Lane (1981), and Kalyug (1981) were among his productions.

In an interview with India Today magazine in 1996, Shashi Kapoor said his aim was "to do the things I want to do, to make good films, run our theatre. I am not interested in money for money's sake. I have been very lucky. It comes my way."

But it was not that easy. He paid for the production costs by working in any and every film that came his way. So much so that older brother Raj labelled him 'Taxi' Kapoor for signing on with every director who hailed him.

Yet, the man was an impeccable producer. His taste for fine literature and music drew him to subjects that Raj Kapoor, great filmmaker though he was, would never have touched. In 1984, he backed Girish Karnad's adaptation of the great Sanskrit playwright Shudraka's play, Mrichchakatika. It was titled Utsav.

In a wonderful interview before the release of his film, Kapoor described his desire as a producer. He said, "In 1975, I and Jennifer came to the decision that we shall start a company to produce good films that we are proud of. The second was to start a theatre where we could stage new plays and help new artists emerge."

The latter desire would find fulfilment in the Prithvi theatre in Mumbai. Set up in 1975, the theatre in Juhu, a western suburb of the city, has nurtured several generations of playwrights, artistes and directors. From Naseeruddin Shah and Benjamin Gilani staging Waiting For Godot to Imtiaz Ali and Anurag Kashyap trying to learn the craft, the theatre has become a natural haunt for cinema and art lovers in the city.

Despite his Apollonian looks and dashing charm, Shashi Kapoor never really wandered from his family. His love for Jennifer Kendal is the stuff of storybook romances. At the peak of his career, when Amitabh Bachchan was working double shifts, and so was he, Shashi Kapoor refused to work on Sundays. He would spend the weekend at home and make breakfast for his children.

In an interview with the website rediff.com in 2015, son Kunal Kapoor said, "My father would try and schedule his outdoor shootings to coincide with our school holidays so that we would be together. But we were not taken on the sets of the film." To him, films were just another job. Stardom was an illusion he had no interest in.

Jennifer's death from cancer in 1984 left Shashi Kapoor devastated. In 1999, he described the pain of his loss in an interview: "My wife was certainly better than me. I have alw­ays said that she was a better actress and a better human being. She had more strength, to bear all kinds of unhappiness in life. [But] if instead of my wife, I had passed away 14 years ago, I don't think she would have lasted till now. Loneliness can kill you! It doesn’t have to be just when you are alone, it’s the loneliness within. There is a vacuum. You may be sitting with a hundred people, but you are still grieving inside. I don’t think Jennifer would have been able to take it. I don’t want to sound pompous but I feel she would have missed me more than I miss her." Film stars do not speak this way. Artists do.

As the actor departs the stage, suffice it to say that the vacuum is more apparent than ever. Hindi cinema will miss the genial smile, the cherubic curls, and the soft, gentlemanly voice that defined Shashi Kapoor. Goodbye, sir.