Choosing just 10 films out of more than 200, many of them fine works, is never easy, but we have done it.

Picking just 10 films out of an entire year's output is a daunting task, not just because of the large number of films that are released in Tamil every year (over 200 in 2017), but also because of the high standards that many of them set in different areas of filmmaking.

Nevertheless, the editor's mind was set on 10, so 10 is what we had to go with. As a result, films like Paambhu Sattai, Kadugu, Pa Paandi, Aval, Rangoon, Singam 3, Kuttram 23, Yaman, Kavan, Thondan, Meesaya Murukku, Meyaadha Maan, Ippadai Vellum and Mersal were considered and then dropped.

While drawing up the final list, several factors came into play. Foremost, of course, were the films' performance at the box office and the manner in which the content was received by cinegoers and critics. Then, the backing each film had while being made and released was also considered. Films by small filmmakers with limited resources gained bonus points over films with big star casts and enjoying the backing of strong producers and distributors.

With that preface out of the way, let's get on to the list itself. 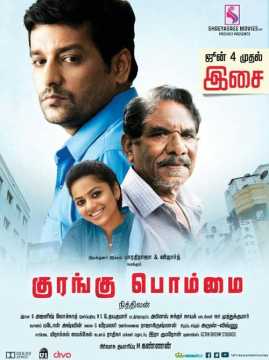 The strength of this gripping crime thriller by newcomer Nithilan Swaminathan came from its fascinating dialogues, written by Madonne Ashwin, and great performances by the cast led by legendary director P Bharathiraja. Vidharth and Delna Davis, who played the leads, also did a fine job. The masses loved the film for its simple yet strong content.

Click here to read our review of Kurangu Bommai

To the uninformed, director Mohan Raja's Velaikkaran might seem like a regular commercial entertainer. But to those who understand economics, his effort was nothing less than magnificent. The director made a valiant attempt to create awareness among the masses about how business entities try to control consumer behaviour while simultaneously short-changing their workers. Complex concepts were explained through small, simple, relatable incidents. To understand economics is one thing; to make it simple so that others can understand it is something else. Velaikkaran did both in an entertaining manner. 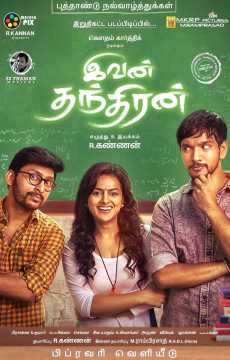 This finely crafted, edge-of-the-seat action thriller focusing on the rotten state of education in general and the engineering stream in particular took Tamil Nadu by storm when it was released. Director R Kannan, known more for his remakes, put to rest any doubt anyone may have had about his ability to deliver an original work. With excellent performances from Karthi, Shraddha Srinath and RJ Balaji, Ivan Thanthiran was a meaningful entertainer with genuinely funny comedy to boot. The film, however, suffered at the box office because of the strike by theatre owners.

Click here to read our review of Ivan Thanthiran

If it were just about performances, 8 Thottakkal would have ranked higher simply for MS Bhaskar's outstanding act as constable Krishnamoorthy. Sri Ganesh's hard-hitting film highlighted the pointlessness of trying to lead a life of integrity in a corrupt system, beautifully capturing the frustration of law-abiding citizens that eventually transforms them into criminals. The film's characters were real and not as per box-office fantasies. Thus, the heroine Meera (Aparna Balamurali), a TV journalist who is in love with police sub-inspector Sathya (Vetri), betrays his trust when her own job is at stake. Isn't that how most of us are in real life? 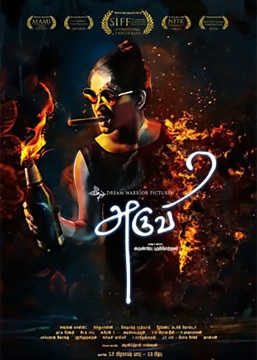 Aruvi had to be on this list simply for the courage with which director Arun Prabu Purushothaman has exposed how TV channels manipulate and even exaggerate incidents to gain TRPs. The film also shone a spotlight on the way in which society shuns those afflicted with AIDS and brought out the plight of transgendered people. It proved that an exceptional film does not need big artistes with great titles but a committed and gifted bunch of people with the desire to play their parts to perfection. The film let its audience form opinions, only to smash them to bits when they were least expecting it.

Director Gopi Nainar's gripping social drama, without any of the commercial elements that have become almost mandatory to make a film today, achieved at the box office what most commercial films with strong financial backing and big star casts could not. The film did not have any fancy songs, raunchy dances or double entendre dialogues. It did not even have a romance track. All it did was hold a mirror to society. Aramm, which revolved around the efforts of a district collector to rescue a child that has fallen into a borewell, underlined how the government continues to fail the common man. It exposed how hollow our claim of being well on our way to becoming a superpower is. 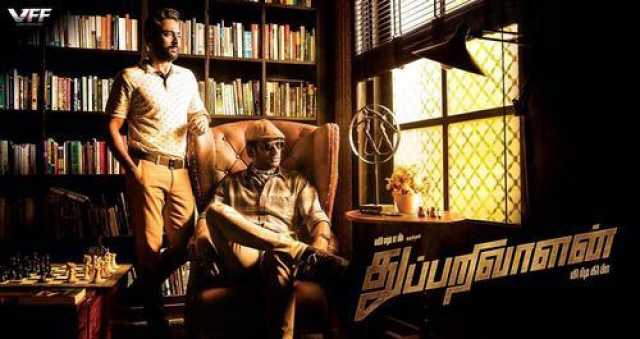 Few can match director Mysskin's mastery over crime thrillers. And he proved it again with this singularly intriguing, intensely engaging investigative tale that left you craving for more. The lead characters, played by Vishal and Prasanna, were fashioned after Sherlock Holmes and Dr Watson, and both actors delivered splendidly, as did Vinay Rai, who played the villain. And one of the fights in the film will easily make it to any list of 10 best fights in Tamil cinema. Inspired by the overwhelming response, the makers have announced a sequel next year! So the craving will be met after all! 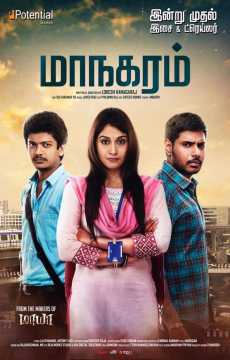 It was hard to believe that this masterpiece, that had four fantastic stories blending into one scintillating entertainer, was made by a director making his debut. Lokesh Kanagaraj's work had the stamp of an expert. The film, with sparkling performances from Sree, Sundeep Kishen, Regina Cassandra, Munishkanth and Charlie, and a brilliant script kept audiences on the edge of their seats from start to finish. Each story was more than just a plot. It was entertaining and also had a strong social message. This was among the most downplayed films before release. Afterwards, it was among the most admired. In another year, this gem could well have been the best film. 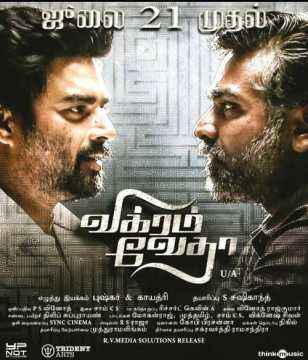 This film by director couple Pushkar and Gayathri was refreshingly different from all others this year simply because of the way in which it told its story. A gangster-and-cop tale was explained in the form of the famous Vikram and Vedhalam tales. Each time R Madhavan (who played the cop whose role could be equated with that of king Vikram) tries to arrest Vijay Sethupathi (who played a dreaded gangster who could be equated with a vetaal), the latter poses a tricky question and gives him the slip. The questions made you think about right and wrong. To answer each question correctly, one had to have thorough knowledge of law and good understanding of ethics. The film's success lay in the fact that it not only made Madhavan, to whom the questions were posed, think, it made the audience also put itself in his shoes and think with him. In that sense, this was an interactive film.

Click here to read our review of Vikram Vedha

This explosive investigative thriller by H Vinoth takes top spot for its stunning content and brilliant presentation. Based on true incidents, the film tells how a Tamil Nadu police team tracked down a bunch of dangerous bandits wanted in connection with a series of dacoities and murders across the country, detailing the painstaking manner in which the officers hunted the criminals, state by state, in the days before computers. With exceptional performances from the entire cast led by Karthi, the film was a class apart and raised the bar for crime thrillers. No surprise that it also set the box office on fire!