The actor was joined by Iulia Vantur, Katrina Kaif, and Sangeeta Bijlani, as he welcomed his 52nd year with close friends and family at his Panvel farmhouse.

The rest of the industry might just have ended with the Virat Kohli-Anushka Sharma wedding celebrations, but Salman Khan was only getting started. The actor, who turned 52 on 27 December, celebrated with a grand party at his Panvel farmhouse. From once ex-girlfriend Sangeeta Bijlani to current beau, Iulia Vantur, Khan threw a party worth attending..

The day began in style for the actor as his Karan Arjun co-star, Shah Rukh Khan, ended an event by singing, 'Tum Jiyo Hazaaron Saal' (May you live a thousand years) to his friend and colleague. Salman's Andaz Apna Apna co-star, Aamir Khan, put up a post on his Facebook account as well, sending his best wishes.

Dearest Salman, have a great day and a wonderful year! Many happy returns of this day! Congratulations on the record breaking collections! Superb!
Love.
a.

The celebrations kicked off with the actor blowing 52 candles off his cake, and then taking to the dance floor. Needless to say, some of Salman's big hits were on play. The videos circulating on social media suggest the actor truly enjoyed dancing, particularly to the song 'Baby Ko Bass Pasand Hai' from Sultan (2016).

The actor ended 2017 on a high with his latest, Tiger Zinda Hai, hitting the high mark of Rs150 crore. The actor even credited Kaif for being his 'lucky mascot', and was quoted by tabloid Mumbai Mirror as saying, "I think Tiger... has worked due to one reason and that is Katrina Kaif." This largesse is one reason why Salman's ex-girlfriends, including Bijlani continue to maintain a close friendship with him.

Before the party, Hindustan Times newspaper quoted director Sajid Nadiadwala saying, "Hit or not we celebrate Salman’s birthday every year on his farm on Panvel with his his entire family. My wife and my sons look forward to this annual event even more than I do. And they wouldn’t miss it for the world."

Even former Indian cricket captain, MS Dhoni, found time to attend Bhaijaan's party. The cricketer was seen in close conversation with the actor as they enjoyed themselves at the farmhouse.

As some of the guests took off early in the morning, Salman and family remained behind to enjoy their day off. The actor took over the wheels of a buggy and drove around the massive farmhouse. Chilling out in a grey t-shirt and cap, the actor looked very much like a man at rest after a topsy-turvy year.

The actor was not alone. Brother Sohail took an ATV, while another close friend DJ Aqeel gave Bijlani and Vantur a tour of the farmhouse in Panvel. 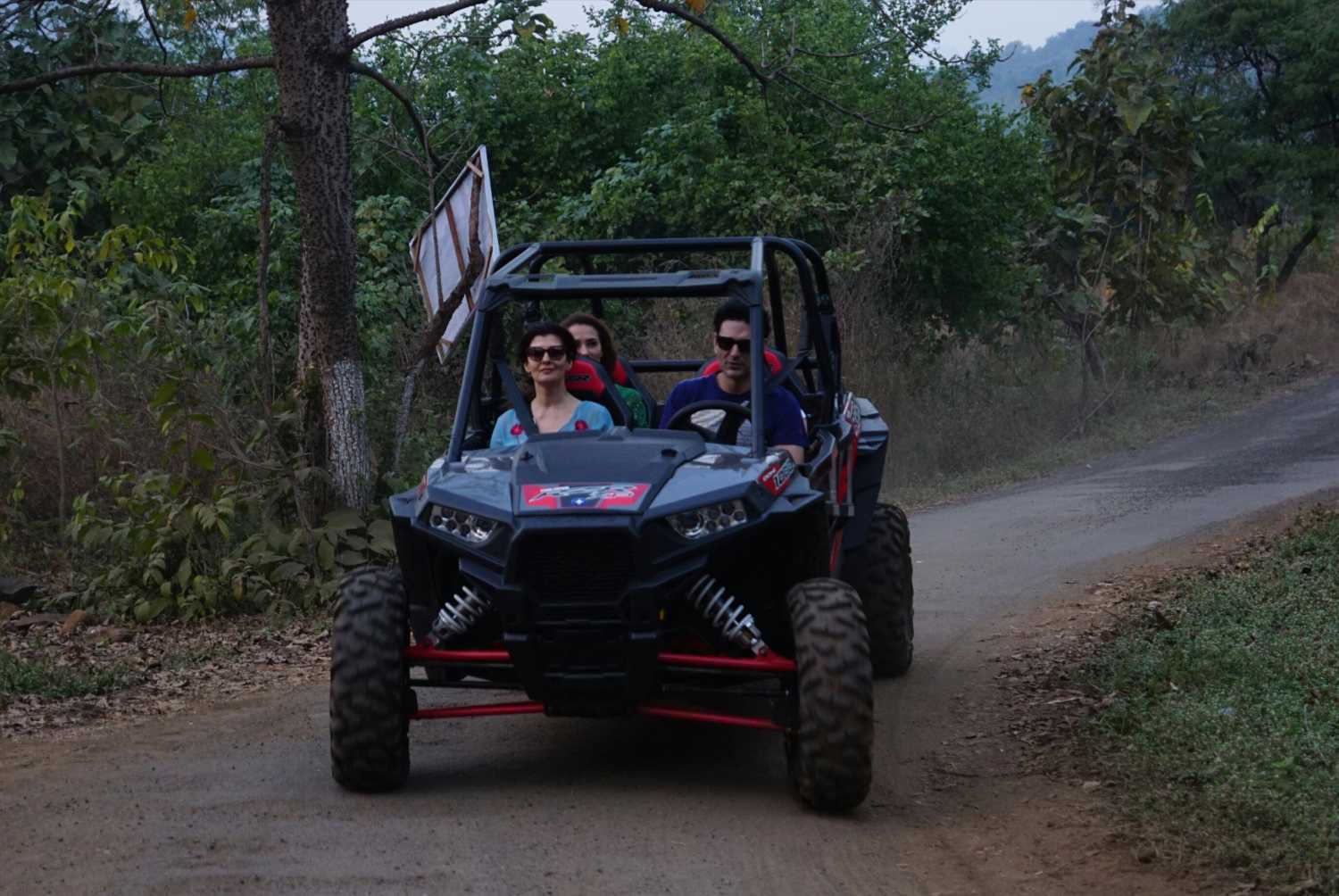 Salman will return to shoot for some action scenes before New Year's eve for Remo D'Souza's Race 3, before he decides to relax and take off for the New Year.