While some, like Julie 2 and Haseena Parkar, did not raise any expectations, others, like Jia Aur Jia and Lucknow Central, surprised us in the way they failed.

Hindi cinema suffered quite a few shocks this year, from the controversies around — surprise, surprise! — the Central Board of Film Certification (CBFC) to the death of stalwarts like Om Puri, Vinod Khanna, Tom Alter and Shashi Kapoor.

The year is also coming to a close without answering a few questions of cosmological importance, like when will Sanjay Leela Bhansali's Padmavati see the light of day, and when will Salman Khan tie the knot!

Amidst these sombre developments, we also had a few films that we wish were not made at all. Some, like Pahlaj Nihalani's Julie 2 and Apoorva Lakhia's Haseena Parkar, did not raise expectations to begin with. However, others like Jia Aur Jia and Lucknow Central surprised us in the manner in which they failed.

So, here is our list of the 10 worst films of 2017, in no particular order of disappointment. 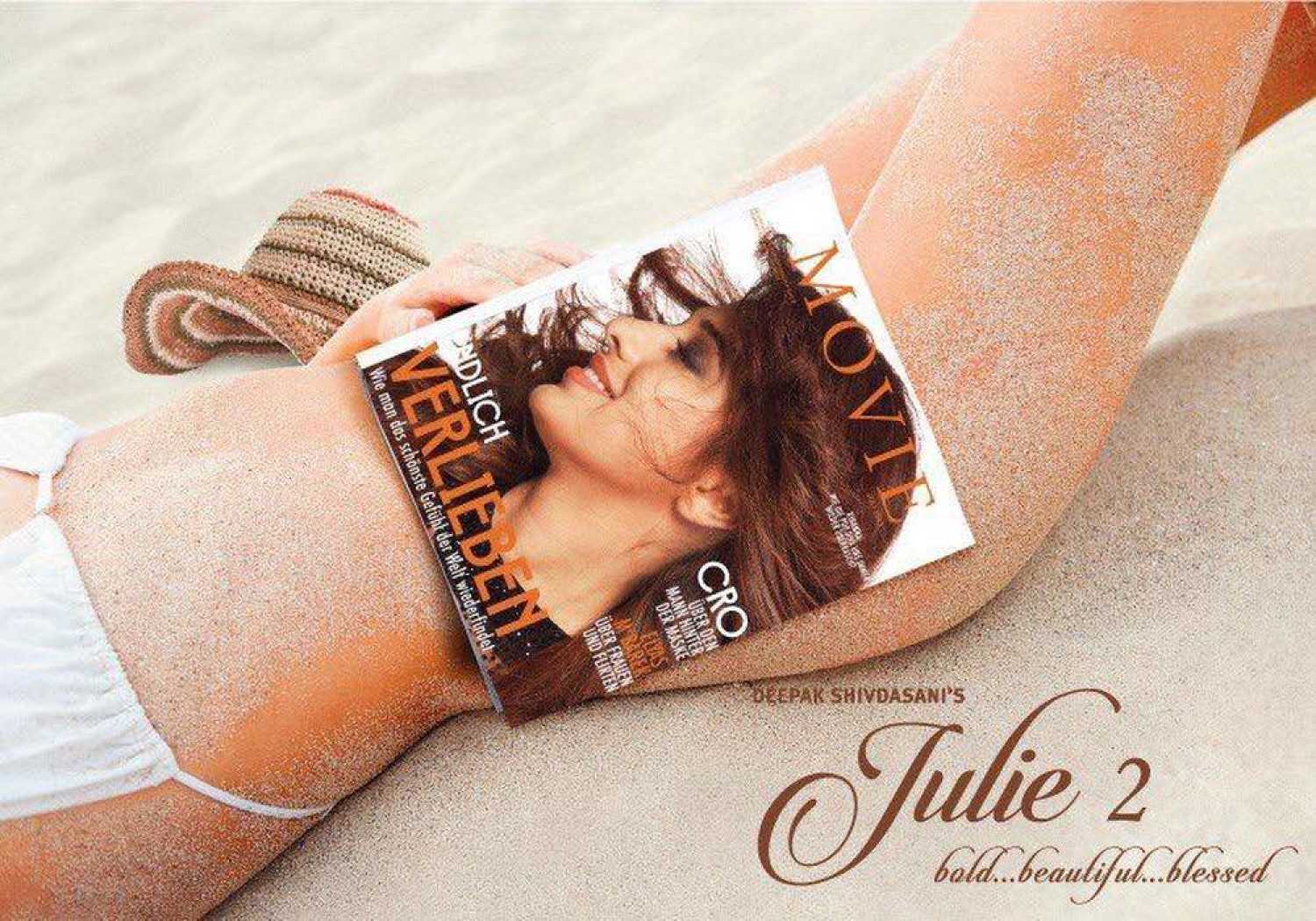 It was only a few months after Pahlaj Nihalani was summarily sacked as chairman of the CBFC that he dropped Julie 2 on our plates. Apparently the sanskari babu wanted the film to be an eye-opener focusing on a ‘few people in the film industry [who] demean the industry’s name’.

The film revolved around a budding actress who meets a new Harvey Weinstein whichever door she knocks on. She becomes successful but now has bigger issues to deal with, as she is on the hit list of someone ‘dangerous’.

The film had a sad story, but what was sadder was that no one felt the emotion. Julie 2 failed miserably to connect with audiences, probably for two reasons — the sorry story had nothing new to say and the execution amused audiences at all the wrong places. 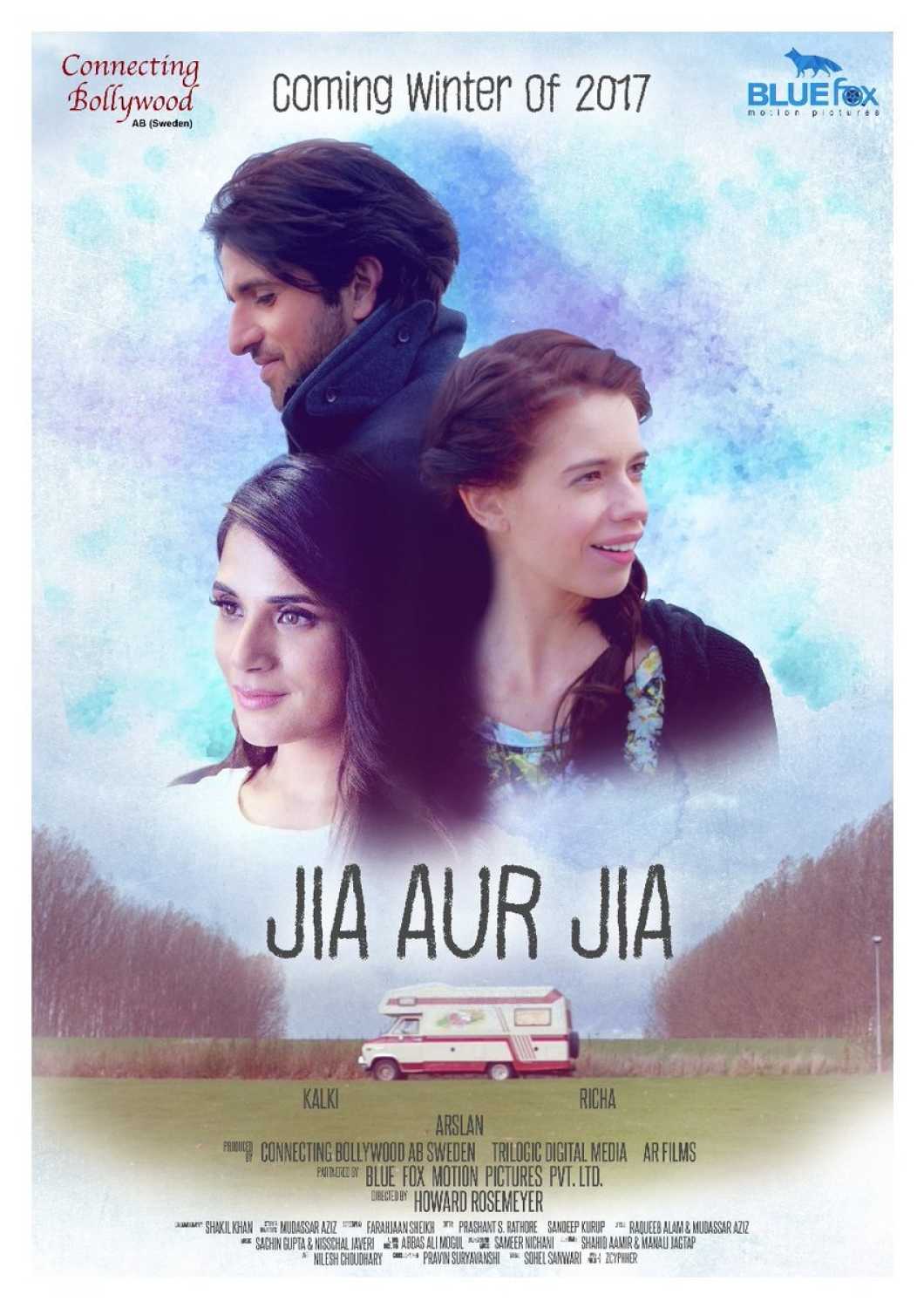 At the onset Howard Rosemeyer's Jia Aur Jia seemed like a breath of fresh air. However, the bubble burst when our reviewer returned with a verdict.

The film had Jia Venkatram (Richa Chadha) and Jia Garewal (Kalki Koechlin) on a budget trip to Sweden. While the former is an introvert with her own baggage, the latter is a carefree hippy. The film used dramatic tropes of a terminal illness, attraction of opposites and the lonely wanderer, but the director couldn’t sew these together well.

Click here to read our review of Jia Aur Jia 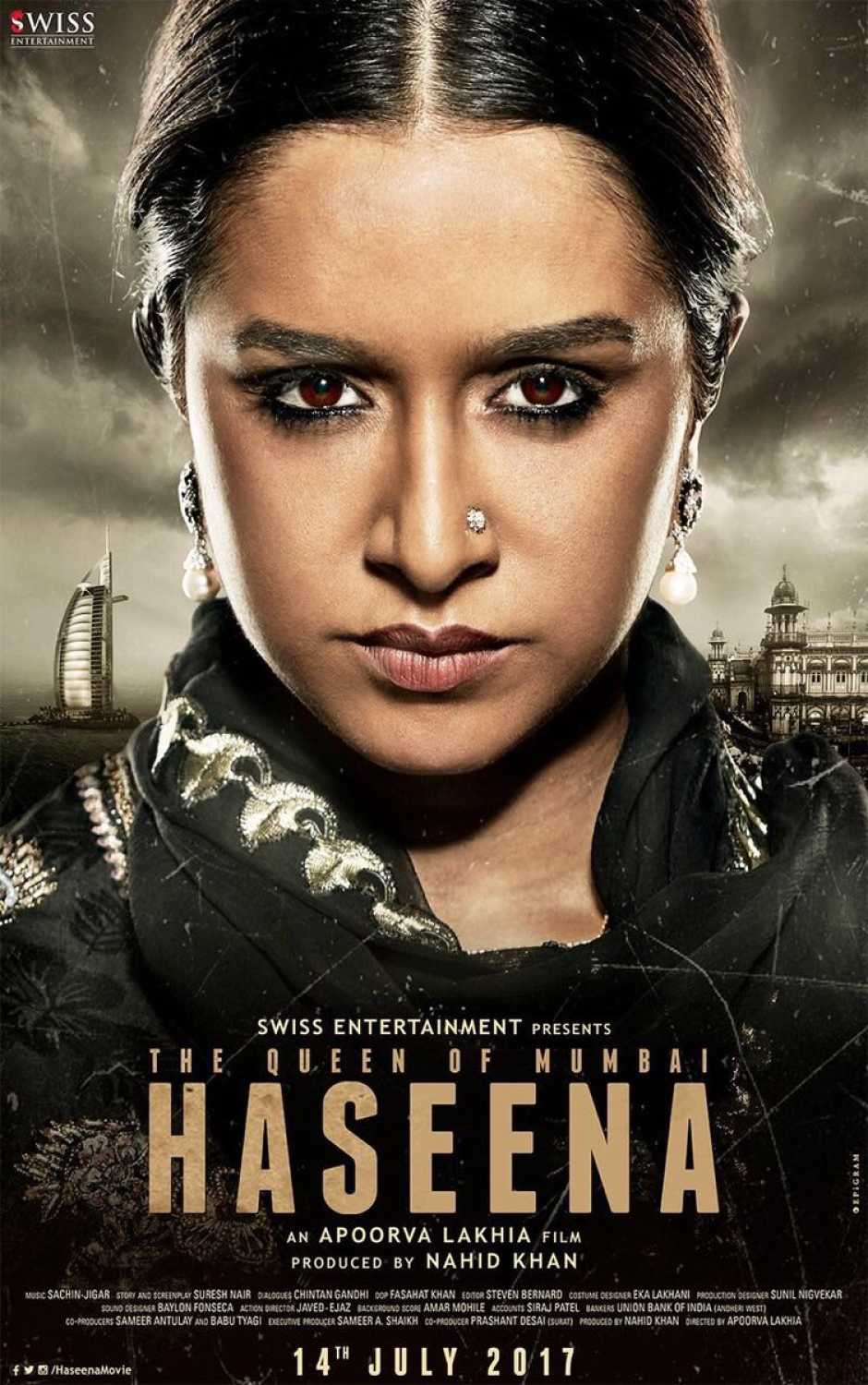 This film placed its bets on all the wrong cards. From faulty casting and uninteresting dialogues to unconvincing story, everything was as wrong as it could get.

Haseena Parkar, sister of India's most wanted gangster and terrorist Dawood Ibrahim, is exposed to the big bad world when her husband is killed. She soon changes from Haseena to Haseena Aapa, a figure dreaded by all and sundry. Like most of the rich and influential accused in the country, she appears in court only once to justify her misdeeds.

While Shraddha Kapoor was busy focusing on getting the look right, she forgot that she also had to act. Her performance was as dead as Aapa's acts were deadly. In a few places she tried her luck. For example, in the scenes after her wedding. In an attempt to highlight the innocence and ‘purity’ of her character, Kapoor flickered at her screen husband’s every touch and ended up competing with a fish out of water.

The use of too much loud sound also messed with the audience's attention span. The rest of the damage was done by cliched shootouts and unconvincing twists.

Click here to read our review of Haseena Parkar 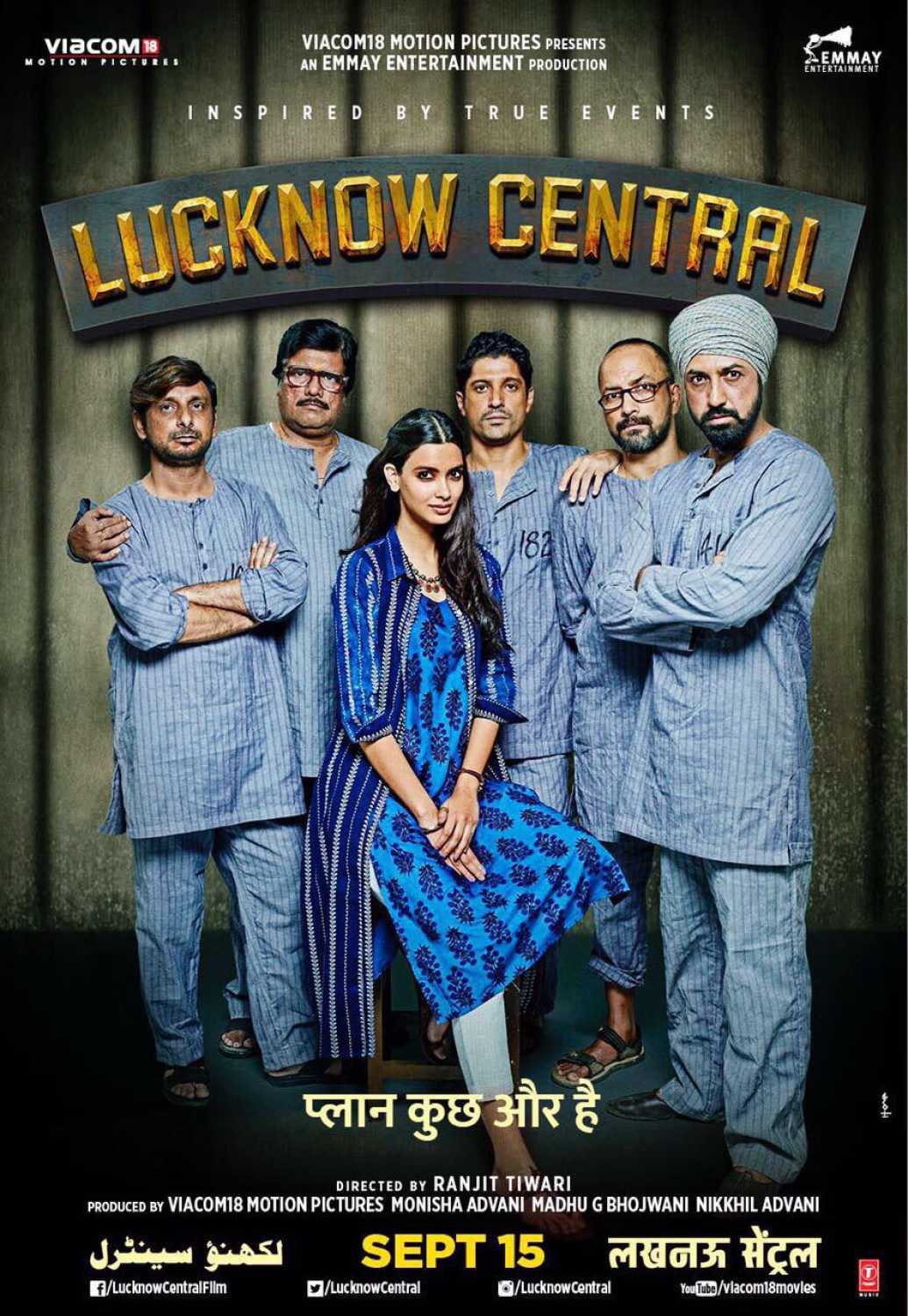 Though Lucknow Central’s posters and trailers were a hit, supported by the stellar cast, the film itself failed to catch any attention. This was mainly due to the innumerable loopholes in the story. Right from Kishan’s (Farhan Akhtar's) imprisonment to the training to the idea of five inmates planning a jailbreak without any thought to how they would dodge the legal system for the rest of their lives left you least concerned about the fate of the characters.

This is not the first time Farhan Akhtar has tried his hand at playing a real-life character on screen. His performance in Bhaag Milkha Bhaag (2013) had cemented his place in Hindi cinema. However, Lucknow Central did not further the achievement. Farhan Akhtar’s weak characterization of Kishan made the film even less believable.

Click here to read our review of Lucknow Central 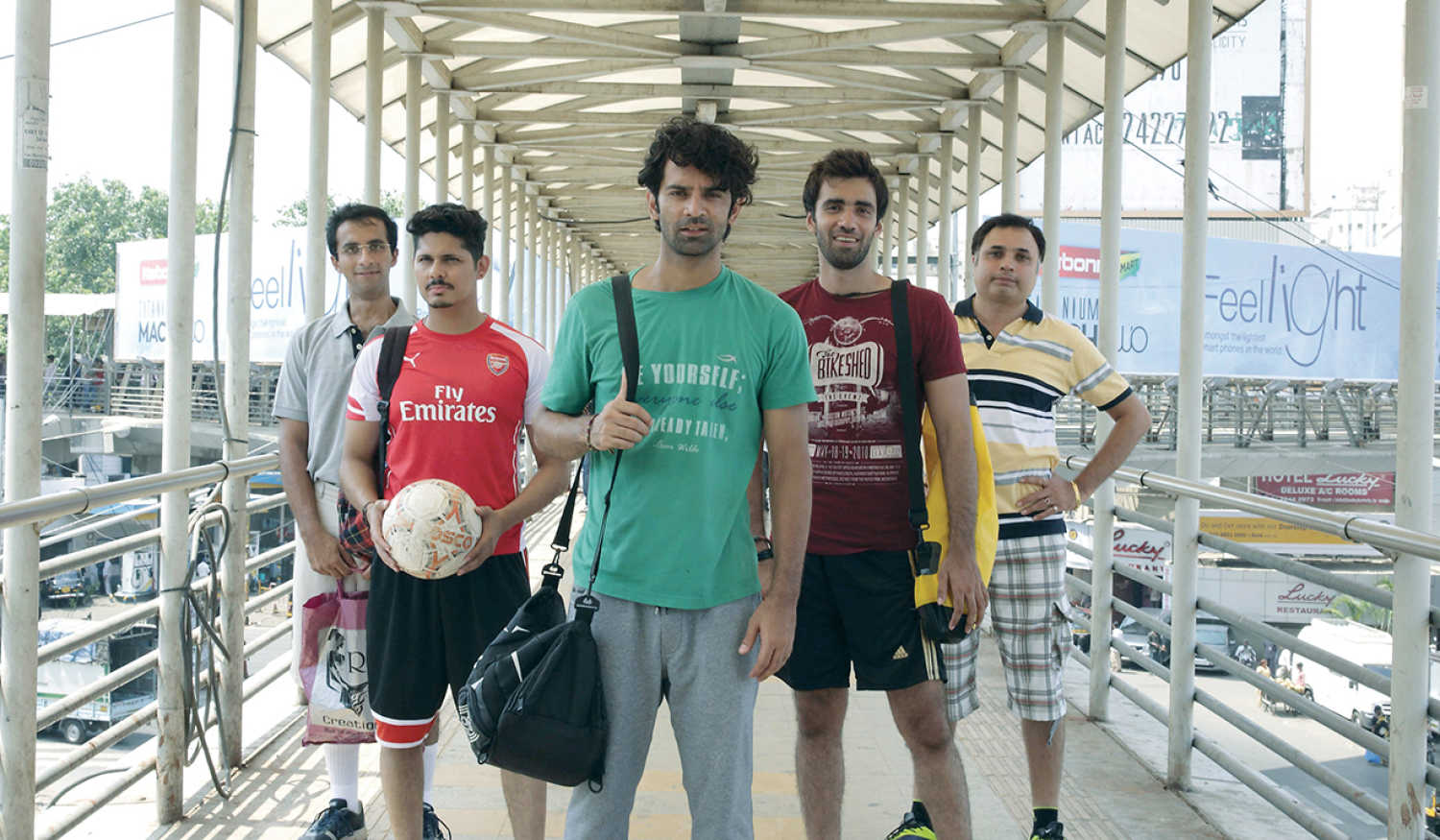 Milind Dhaimade’s Tu Hai Mera Sunday was supposed to capture the claustrophobic nature of the city of Mumbai, where the dearth of space is catching up and threatening even little escapes from the unrelenting urban race. The film revolved around a dozen or so characters trying to find a ground to crash and play football to their heart’s content. But the city has only buildings and shopping complexes to offer.

As if the number of characters to keep track of wasn’t enough, each came with his/her own baggage, and we don't mean luggage. Seen as a whole, the story seemed interesting. However, the individual plot lines were stereotypical and left the audience exhausted. Nor did the ensemble cast impress anyone with its performance. Not all characters were able to adapt to the cultural framework they were supposed to belong to. For example, the squabbling Goan brothers got their accent all wrong while the Parsi didn’t feel Bawa enough.

According to our reviewer, one would have done better playing football than watching this group’s two-hour struggle to kick one. 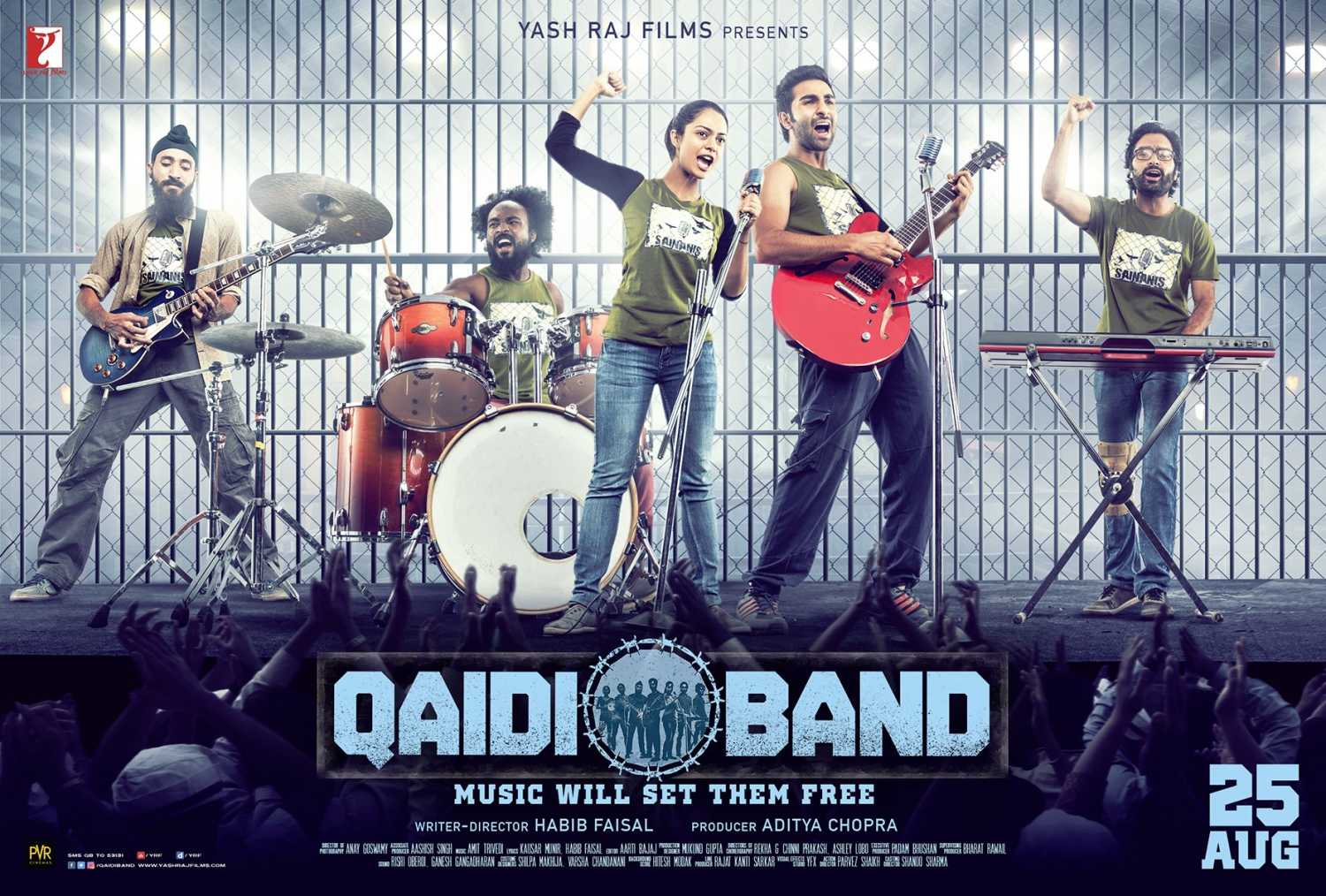 Not a surprising entry in this list, for Qaidi Band had too many flaws. The story, like Lucknow Central, was inspired by a real-life prison band, Flying Souls.

A bunch of undertrials are unable to raise enough money to bail themselves out. In prison they are selected to be part of a band. In their naivety, they believe they will be released if they do a good job of it. When they see this is not happening, they decide to participate in a competition that can win them Rs50 lakh — enough booty to get them out.

The story was interesting, but the screenplay played the devil and ruined what could have been an engaging entertainer. Most of the cast, including newcomer Aadar Jain, Raj Kapoor's grandson, acted as if they did not possess a drop of talent.

Our reviewer was pretty sure it would be a good idea to let the film stay behind bars.

Click here to read our review of Qaidi Band 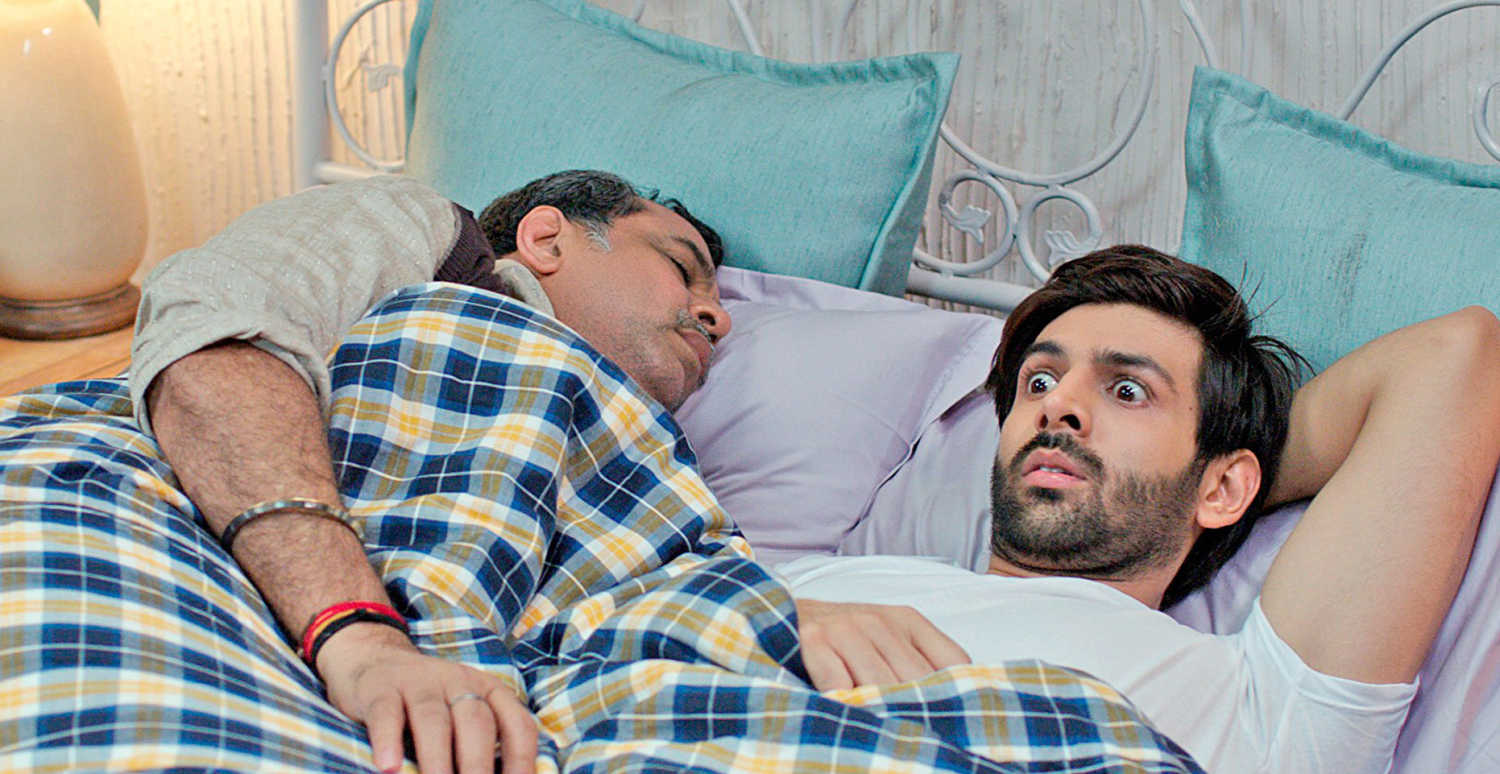 Apparently, any film that is based outside India has to be riddled with Indian stereotypes that Indians themselves have no idea exist. Ashwni Dhir’s Guest Iin London tried to extract humour from this same assumption.

A young couple, Aryan (Kartik Aaryan) and Anaya (Kriti Kharbanda), get into a fake marriage to get hold of the sought-after British citizenship. Apart from a nosey Pakistani cop in their neighbourhood, they have everything in control. Then enter the mysterious neighbours of their uncle from Punjab, Chacha and Chachi (Paresh Rawal and Tanvi Azmi), who are crude to the level of championing the art of farting.

While the film had its moments, the story stretched beyond bearable limits, leaving little scope of redemption through the technical departments.

Click here to read our review of Guest Iin London 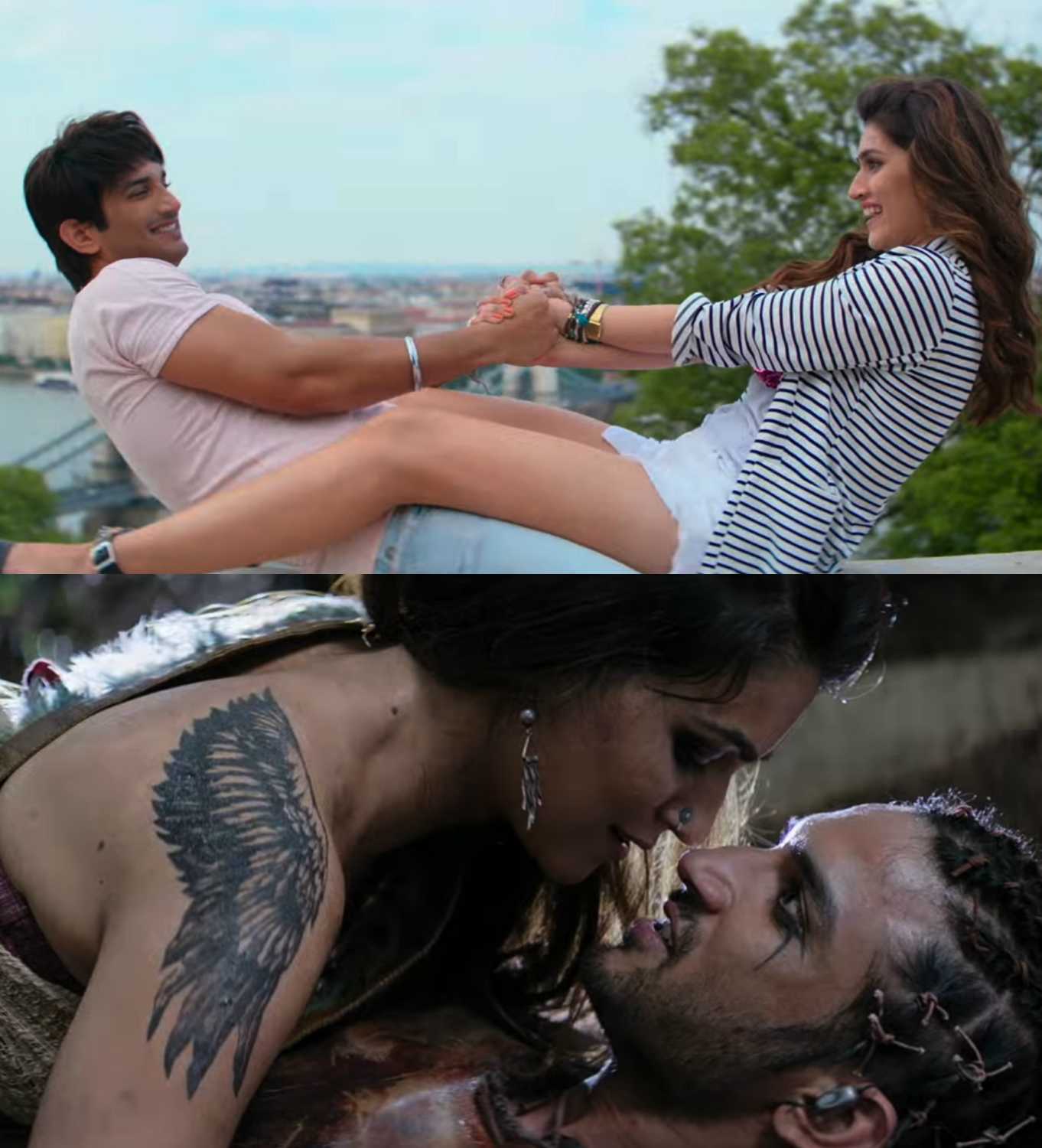 Simply put, Dinesh Vijan tried to bring the reincarnation genre back to life. The 20th century had had this theme in about every 10th Hindi film. A star-crossed couple meets its end too soon, only to be reborn.

Raabta had a tale that has been incomplete for 800 years. Yes, the film took us back eight centuries and our reviewer did not enjoy the ride. "Torturous screenplay, dead script, cheesy dialogues and appalling acting" ensured that the film failed to make any connection.

One lesson learnt from Raabta was that Sushant Singh Rajput's dimples and Kriti Sanon's smile will not suffice to save a film from sinking. 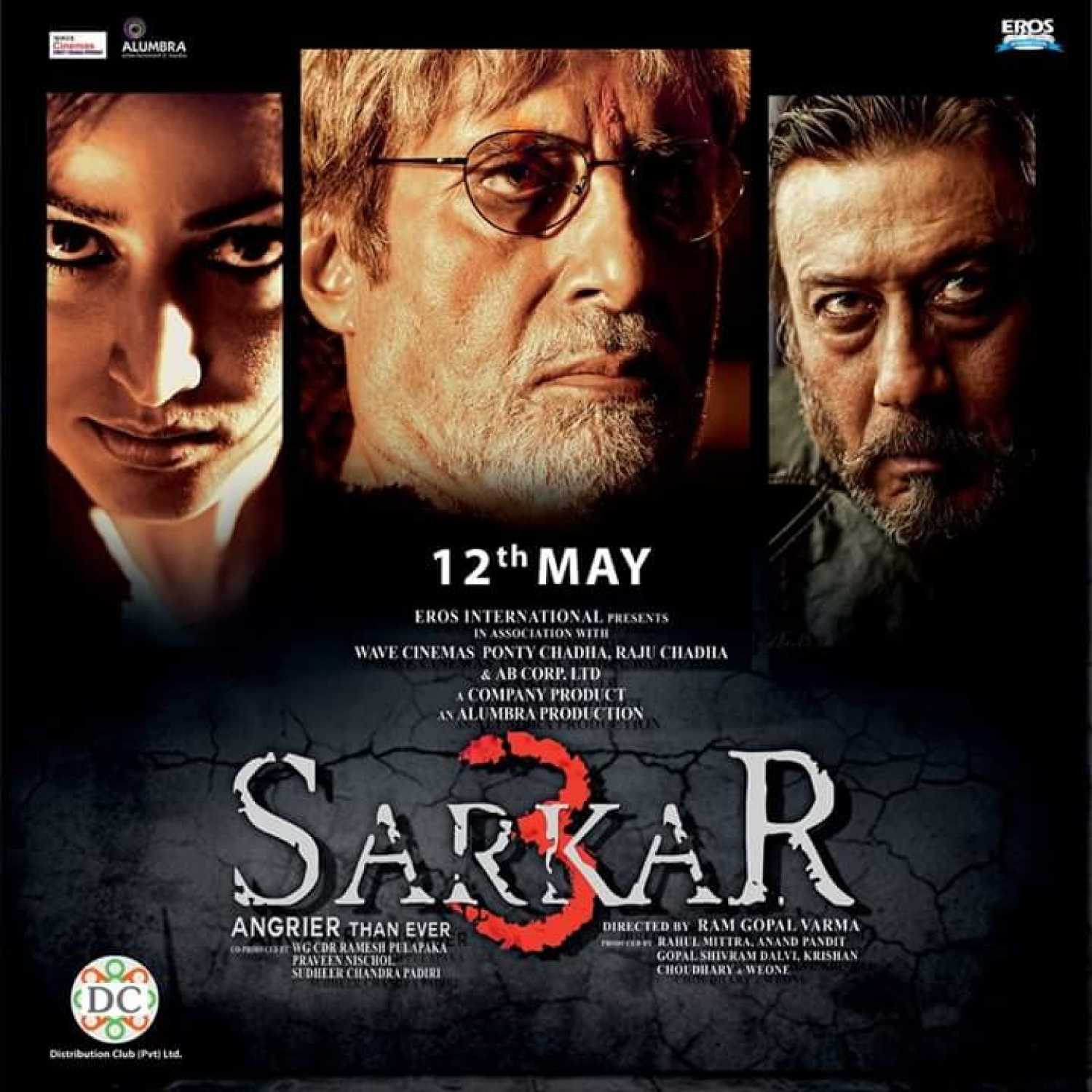 Having an Amitabh Bachchan starrer in this list is like watching Hindi cinema crumble. Yet, Sarkar 3 pushed its way in, the prime reason being that Ram Gopal Varma made the third instalment just to keep the franchise going, even though he had nothing new to say. The dark theme continued, and so did the 'Govinda Govinda' chant. However, with content lacking, Varma used the chant too often to try and make an impact. It didn't.

The film saw Sarkar (Bachchan) being approached by Gandhi (Bajrangbali Singh) with a contract to clear out a slum. Ever the moralistic and good-hearted man, even with his bloody track record, Sarkar refuses the deal and vows to protect the slum instead. And thus begins a series of conspiracies to finish him off. Without much luck, unfortunately. Sarkar 4 remains a threat. 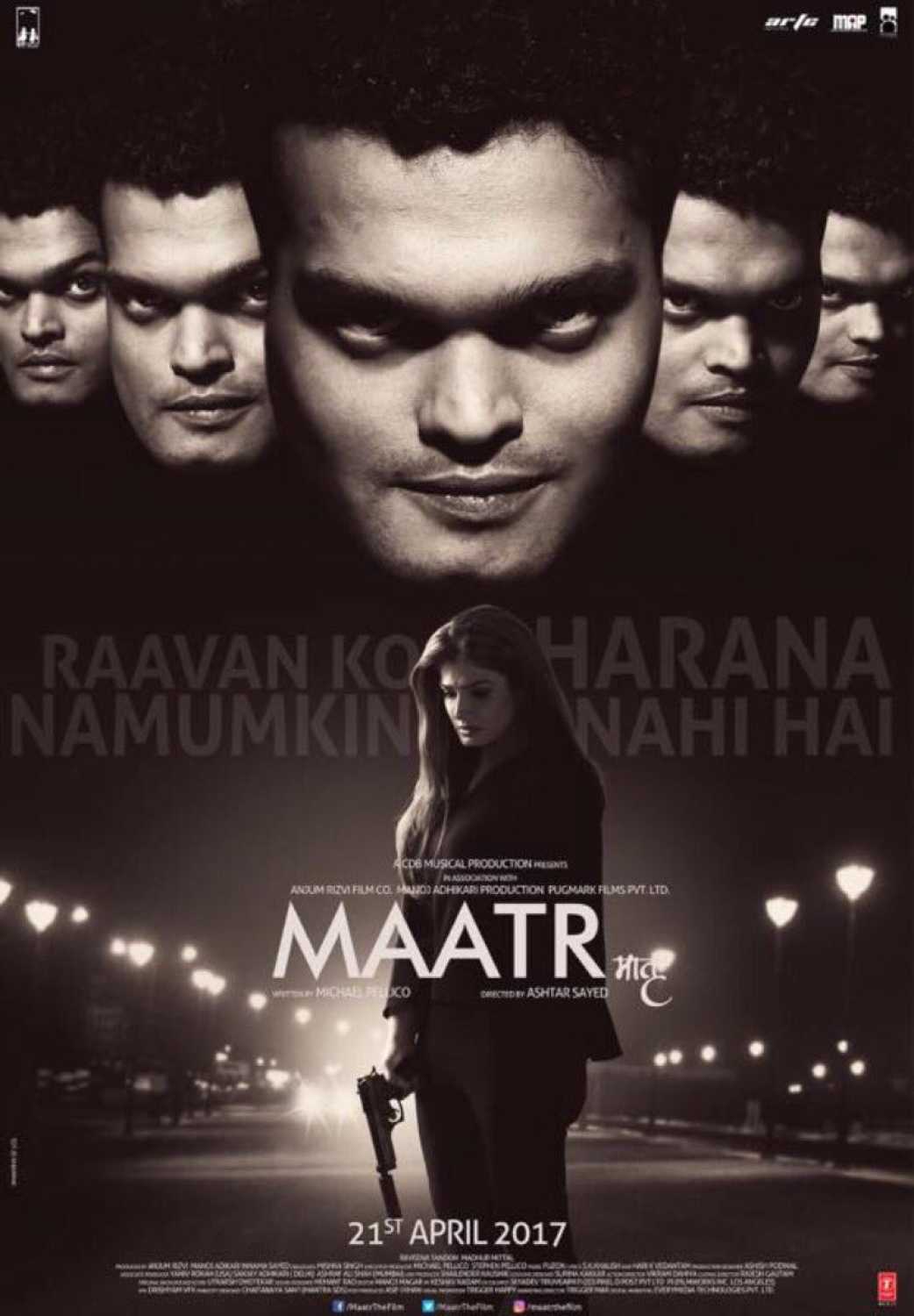 One of the two films on rape and motherhood this year (the other being Mom), Maatr was one-time Mast Mast woman Raveena Tandon's comeback. Though the film had an experienced cast, that wasn't enough to rescue it.

Vidya Chauhan (Tandon) and daughter Tia (Alisha Khan) are driving back from a school function when they are gang-raped by the chief minister's son Apurva Malik (Madhur Mittal) and his friends. While the daughter doesn't survive the torture, the mother lives through the ordeal and emerges anew. Realizing that the law will fail her, Vidya decides to take revenge herself.

Though the story seemed strong in the telling, the execution was shoddy, full of loopholes and unconvincing plot lines. For instance, when they learn of Vidya and her daughter's fate, the reactions of her husband and best friend are just cold. The film also failed to introduce the main characters. As a result, the audience also remained cold.

Tandon put in a praiseworthy act, and the film's only song, ‘Zindagi Aye Zindagi’, sung by Rahat Fateh Ali Khan was the only other plus point.

How many of these films did you spend your hard-earned money on? Now is the time to get it off your chest! Any other 'gems' you would like to nominate in this list? Let us know in the Comments below.