The past year we discovered some great feature films on the festival circuit. Here are some that deserve to be seen by a wider audience.

There have been a great many Indian films that travelled the festival route this year, picking up acclaim from Berlin to Busan. Thankfully, quite a few of the films we loved and appreciated were released to a wider audience in theatres, from Ajji to Newton and Mukti Bhawan to Haraamkhor.

However, there are others like S Durga, Village Rockstars and Walking With The Wind that are still traversing the festival path and are yet to enjoy a theatrical release.

These are films we choose to champion and present to readers as those that should not be missed. Seriously, if you happen to stumble upon any of these festival gems, do give them a chance. 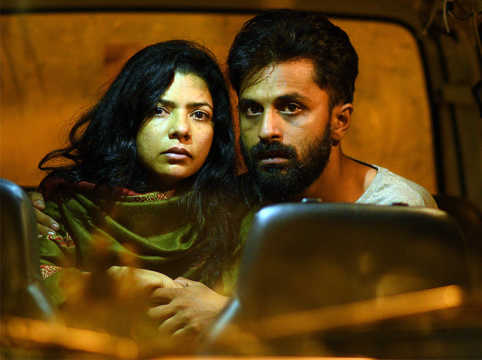 Sanal Kumar Sasidharan’s Malayalam film S Durga became the second most controversial film of 2017 (after Sanjay Leela Bhansali’s Padmavati) for all the wrong reasons. Sasidharan’s feature deftly points out the long-standing patriarchy in Indian society through a young couple, Durga (Rajshri Deshpande) and Kabeer (Kannan Nayar), who try to run away under the cover of night. The director was forced to changed the title from Sexy Durga to S Durga for certification, only to have it rescinded when it was to be screened at the International Film Festival of India (IFFI) in Goa in November.

Despite all the trouble it has faced, S Durga has been lauded internationally and seen at film festivals around the world from Taipei to Mexico. It became the first Indian film to win the Hivos Tiger award at the International Film Festival Rotterdam in February 2017. Our review of S Durga described it as “a film that anyone who has been oblivious to the plight of women in this country needs to watch”. Seek out this highly relevant film if you can. 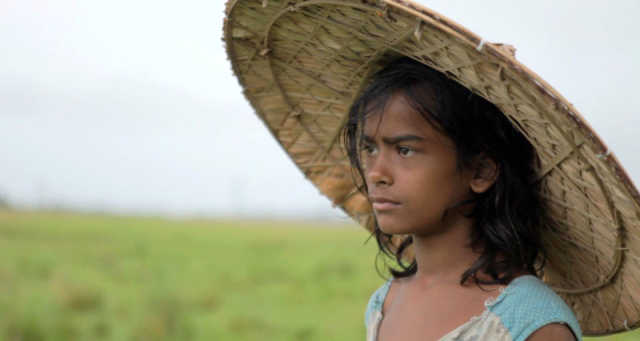 Village Rockstars is a labour of love from writer-director Rima Das, who based the film in her hometown of Chahaygaon, Assam. The uplifting, moving second feature from Das follows young Dhunu (Bhanita Das) who lives a simple life with her widowed mother Basanti (Basanti Das) and brother. They might be poor in wealth, but with their positive outlook in life, the little family is richer than most of us will ever be and young Dhunu, who just wants to own a guitar one day, has carved out her own path to happiness.

Das’s little film has connected with audiences around the globe and in India. It won a slew of honours at the 19th Mumbai Film Festival in October – the Golden Gateway award in the India Gold category in addition to the Oxfam Best Film – Gender Equality award and the Young Critics Choice award. Just last month, it picked the Fathy Farag prize (for Best Artistic Contribution) in the International Critics Week competition at the 39th Cairo International Film Festival as well as the Spirit of the Festival award at the 62nd Cork Film Festival in Ireland. 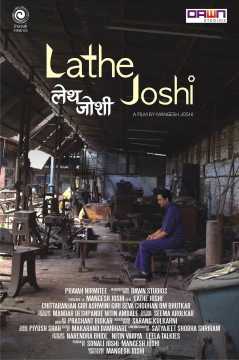 The subject of man versus machine has been prevalent for a long, long time. In the age of technology, it is bound to come up again and again. Mangesh Joshi, in his directorial debut Lathe Joshi, shows the human cost of redundancy and eventually the replacement of humans by machines. A workshop worker in Pune on the lathe machine, Joshi, is stunned by the news that he has lost his job to a machine.

Mangesh focuses on Joshi’s helplessness after this sudden announcement and actor Chittaranjan Giri is flawless getting into the skin of the character. Impressive technical achievements, especially in sound design, highlight the mood of the film. Lathe Joshi won the best film award at the LIFFT (Literature Illusion Film Frame Television & Theatre) India Awards & Filmotsav in Lonavala in September 2017.

There is no 'accidental art': Mangesh Joshi on his film Lathe Joshi 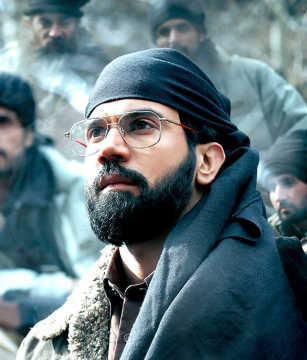 Hansal Mehta’s film had its world premiere at the Toronto International Film Festival and a special screening with its cast and crew on 11 September this year. The date had a significant meaning for the film as it is based on the life of Britain-born terrorist of Pakistani origin Ahmed Omar Saeed Sheikh, who was sentenced to death for abducting and murdering Wall Street Journal reporter Daniel Pearl. Sheikh is also accused of funding the 9/11 attacks in the United States.

Mehta’s muse Rajkummar Rao steps into the shoes of the charismatic yet deadly mastermind. Omerta ventures into taking a brutally harsh look at the making of the man, although with little insight, and recreates three significant incident of terrorism from his lifetime. There is no doubt after the National award-winning Shahid (2013) that Mehta and Rao are more than capable of taking on true-life events, Omerta just adds one more successful collaboration to their list. 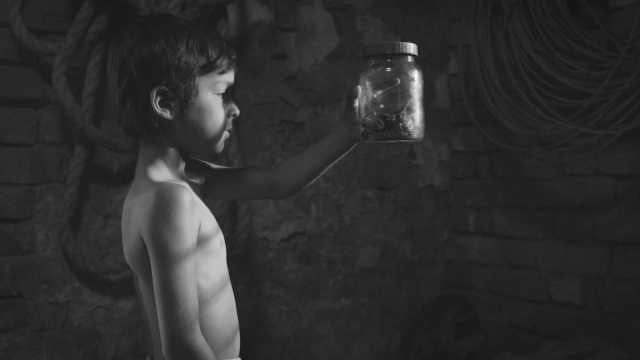 Writer-director Pushpendra Singh's second film Ashwatthama borrows its title from the Mahabharata. The story of the vengeful warrior cursed by Krishna has special significance for nine-year-old protagonist Ikshvaku as it was the last story his mother told him before she was murdered by bandits. The orphaned Ikshvaku has to go live with his relatives and, as a coping mechanism, retreats to his imagination to deal with events of his new life.

Pushpendra Singh has set the film in black and white with splashes of colour to heighten the tale as myths and harsh realities come face to face. The film, which features the lesser-known Brij dialect, purposefully uses non-professional actors to its advantage. Ashwatthama was screened at both the Busan International Film Festival and Mumbai Film Festival in October 2017.

Naik film’s tackles the plight of Goa’s immigrant labourers through a teenager named Santosh (Rushikesh Naik) whose future is tied with the slumlord Juze (Sudesh Bhise). Set in the 1990s, Santosh, a keen student, seeks to escape the helplessness of his surroundings, but will his situation ever improve? Juze reveals an alternate, darker side to the idyllic beach state and Naik has already been touted as a filmmaker with a bright future.

7. Walking With The Wind

Praveen Morchhale's Ladakhi film Walking With The Wind owes a great deal to the late Iranian filmmaker Abbas Kiarostami. The film is dedicated to him and inspired by a book of poems written by him. With a simple storyline, Morchhale reveals so much. Earnest student and friend Tsering (Sonam Wangyal) breaks the chair of his classmate and takes on a mountain (literally!) of guilt and responsibility to get it fixed before anyone can notice.

Life in Ladakh is harsh but uncomplicated. The stunning vistas and natural beauty of Yangthang village will beckon you immediately. The film gives us an insight into a part of India we usually think of only as a tourist destination. Morchhale brings out the charm and humanity of the sparsely populated region. Though largely a children’s film, Walking With The Wind, should please audiences of all ages. The film recently won the Tertio Millennio Prize for interreligious dialogue at the Rome Film Festival and was screened in competition at the Sao Paolo International Film Festival and the International Film Festival of the Art of Cinematography in Poland.

8. Athisayangalude Venal (The Summer Of Miracles) 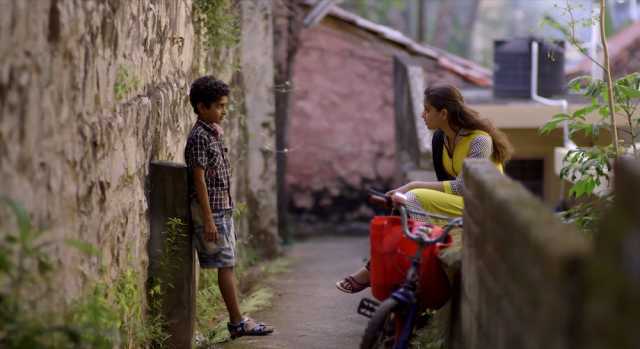 Another fine debut film to emerge from the Indian festival circuit, Prasanth Vijay’s Athisayangalude Venal (The Summer Of Miracles) deals with loss and hope. The father of young Anu (Chandra Kiran GK) is missing in Chhattisgarh and Anu choses to believe that he has become invisible instead. He too becomes obsessed with invisibility and his supportive mother aids him into believing that he can turn ‘invisible’ too.

Athisayangalude Venal had its Indian premiere at the 19th Mumbai Film Festival and was screened at the recently concluded International Film Festival of Kerala (IFFK). The Malayalam film has its similarities with Ashwatthama, which also deals with a young child coming to terms with grief. But whereas Ikshvaku retreats to his imagination, Anu experiments to make himself disappear. Both films have teachable moments for adults and children alike. 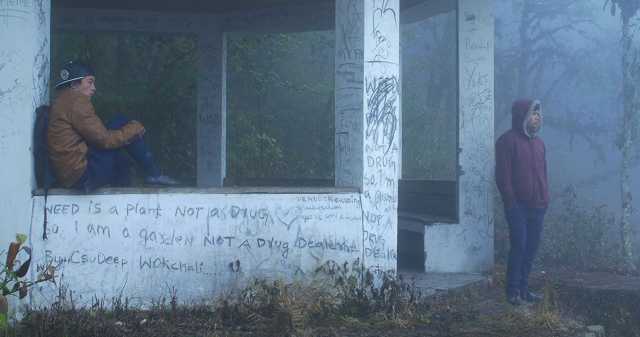 Writer-director Karma Takapa’s first independently directed film, Ralang Road, was selected for screening in competition at the 52nd Karlovy Vary International Film Festival in July 2017. The last Indian film to be screened in competition there was Rituparno Ghosh’s Raincoat (2004). Takapa has based his film in his home state of Sikkim and tries to draw out the “dramatic” and the “mundane” of that world.

The film’s title refers to the road that connects the towns of Rabong and Borong and Takapa sets his characters, many of them non-professional actors, into the simmering uneasiness that lies between the locals and outsiders. The director weaves the gloomy atmosphere of Sikkim into the narrative as our review noted that Takapa “leaves them to navigate through the dense fog as much as they have to through the dark situations”. 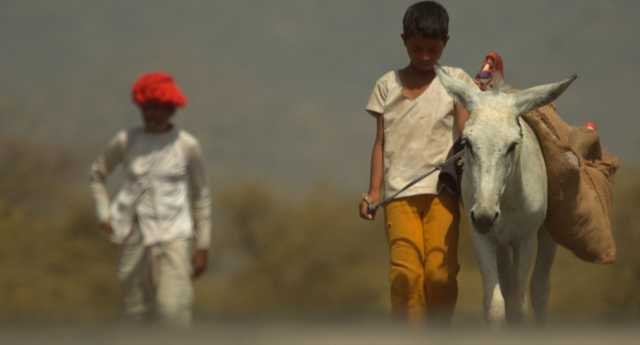 Nishil Sheth’s first film, Bhasmasur is yet another crowdfunded Indian independent movie, but the little film about a poor farming family has big potential. Sheth drew inspiration from a real-life news story for his feature. Overburdened with debts to moneylenders, Dhaanu, a farmer, has no choice but to sell his son Tipu’s pet donkey in the big city. Tipu tags along hoping to change his father's mind.

The journey by foot to the big city is harsh and father and son face it all – heat, dust, hunger, thirst – but eventually, in the face of overwhelming poverty, difficult decisions have to be made. Sheth pairs a professional, Imran Rasheed, with the young Mittal Chouhan as Tipu, and naturally draws out a strained yet loving relationship between the two. Bhasmasur had its world premiere at the 19th Mumbai Film Festival in October 2017 and, hopefully, will have a wider release in the coming year.