Rewind 2017: Who was the year's Best Actor in Hindi cinema?


Content prevailed over form and realistic rather than over-the-top performances were lapped up. Here are our Top 10 of the year.

It was the year of the underdog, with films made on small, even shoe-string, budgets with realistic rather than OTT performances being lapped up by audiences.

Brilliant artistes like Irrfan Khan, Rajkummar Rao, Ayushmann Khurrana, Pankaj Tripathi and Nawazuddin Siddiqui shone in almost every role they picked and got the applause they so richly deserved.

So, without further ado, here are our choices for the 10 best actors of 2017. If you prefer watching to reading, please click here. And click here for our 10 best actresses! 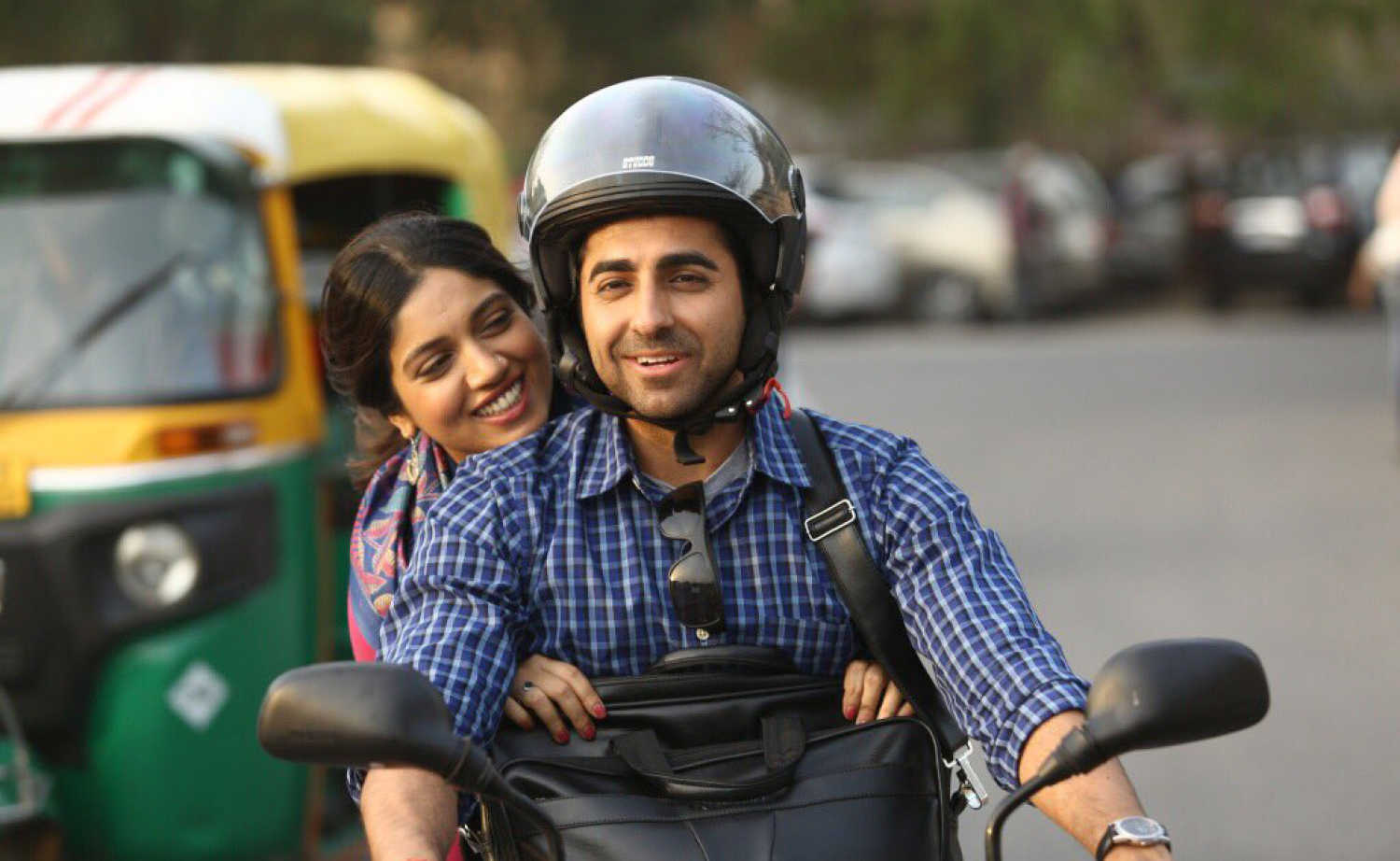 The eminently likeable Khurrana had an amazing run this year with lovely, relatable performances in Meri Pyaari Bindu, Shubh Mangal Saavdhan and Bareilly Ki Barfi. In Shubh Mangal Saavdhan, he played with great empathy the role of a young man suffering from erectile dysfunction. From a sperm donor in Vicky Donor (2012) to a man suffering from impotence, Khurrana has indeed come a long way.

Click here to read our review of Shubh Mangal Saavdhan 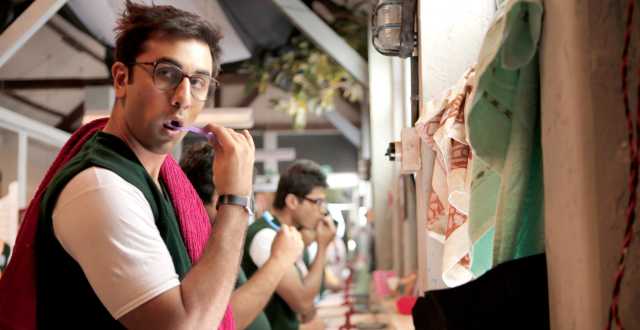 Sure, the musical drama, which had been in the making for close to five years, sank like a stone at the box office, but the blame for that can hardly be laid at the door of its male lead. Kapoor was endearing as the slight, quiet boy detective with a speech impediment, Tin Tin hairdo and razor-sharp brain. His look and performance belied the star's real age, which is closer to 36 than 16.

Click here to read our review of Jagga Jasoos 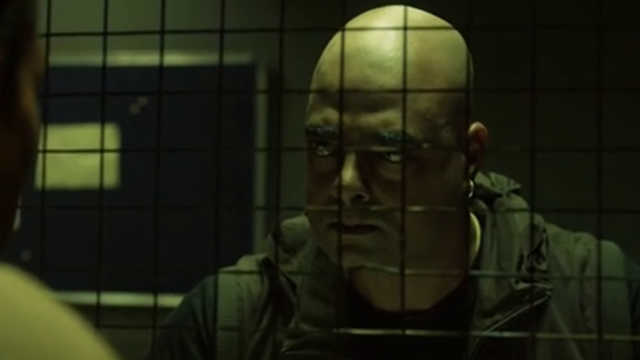 Bald, dark and menacing, unheralded actor Abhimanyu Singh shamed the devil himself with his evil act as rapist and serial killer Jagan. Sridevi's performance was fine as you might have expected, but Singh's intensity made him the surprise packet of Mom. Convincing from the moment he first appeared on screen, he just got more and more menacing as the film progressed, proving, along the way, that the length of a role has nothing to do with its impact. 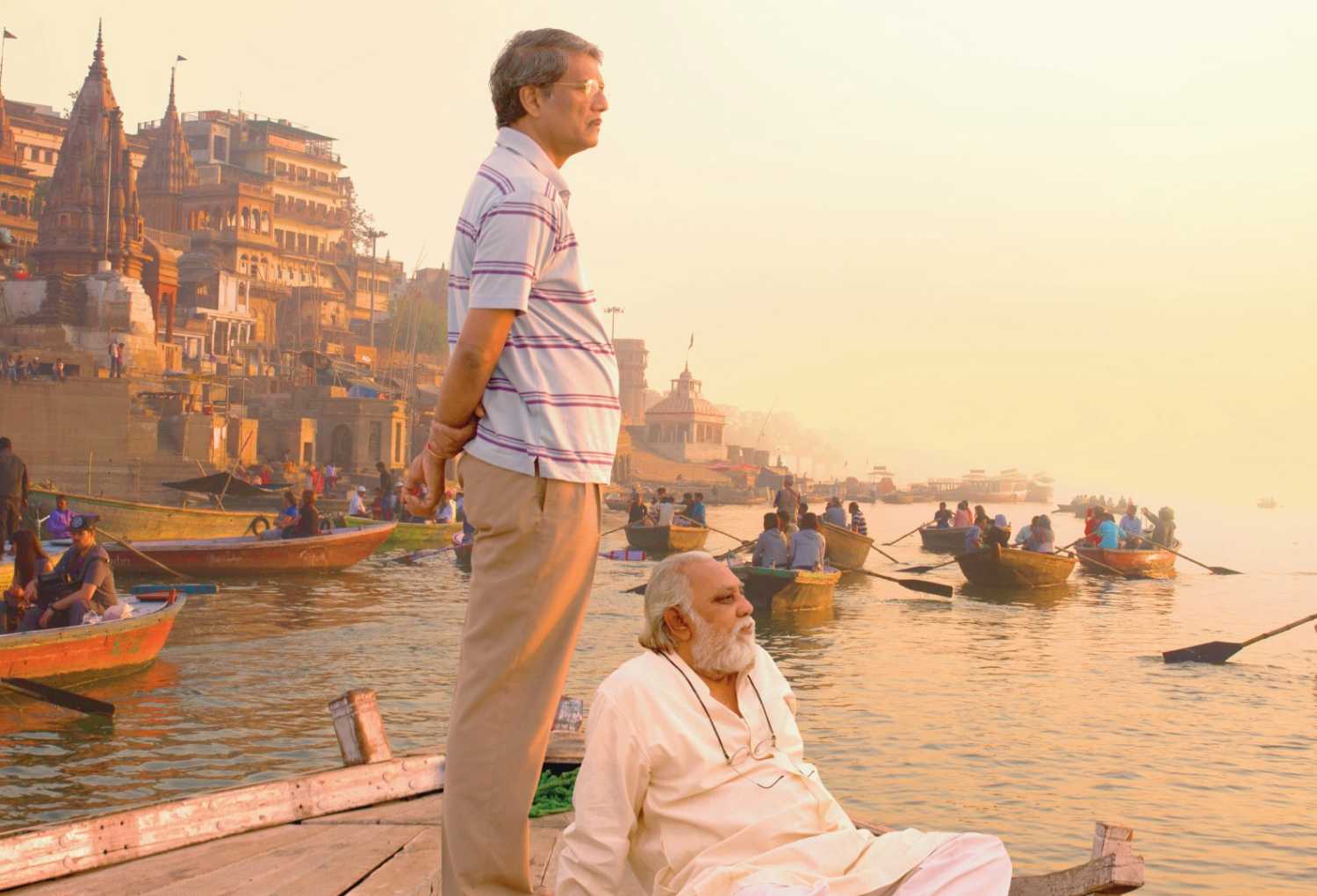 Actor Lalit Behl, who had hitherto done small parts, got a well-deserved chance to play the central character of a retired schoolmaster who has decided to die in the ancient town of Benares. Behl was pitch perfect as the old man dragging an entire family through the circus. His mood swings from grumpy to mischievous to innocent made his character all the more real and endearing.

Click here to read our review of Mukti Bhawan 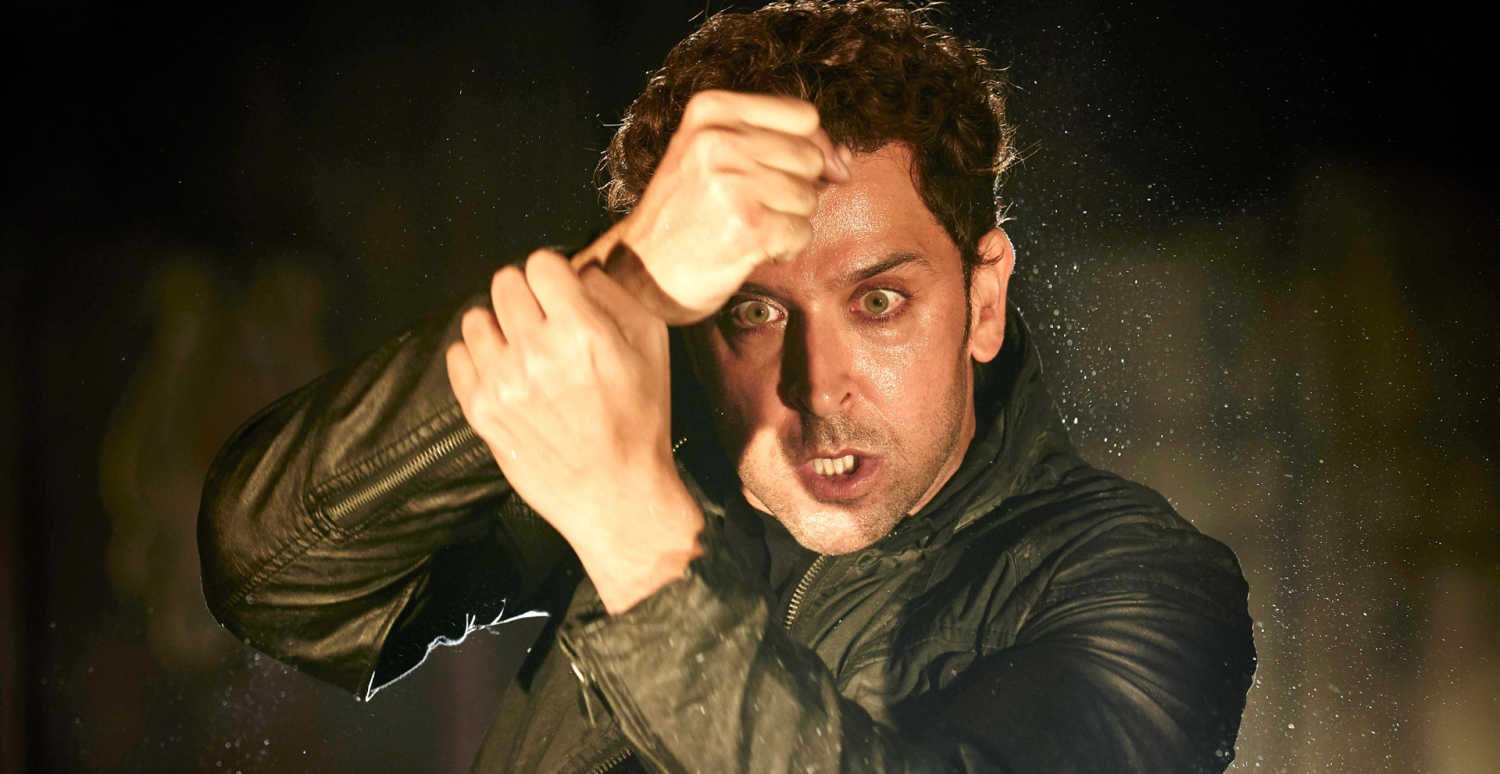 Hrithik Roshan, who had got into the habit of overdoing the emotional stuff, especially in dramatic scenes, was far more controlled this time around. The star tapped into some raw emotions to portray a man whose eyes had to remain expressionless throughout. It may not have been the most perfect portrayal of a blind man that you will ever see, but it was earnest and it touched audiences. 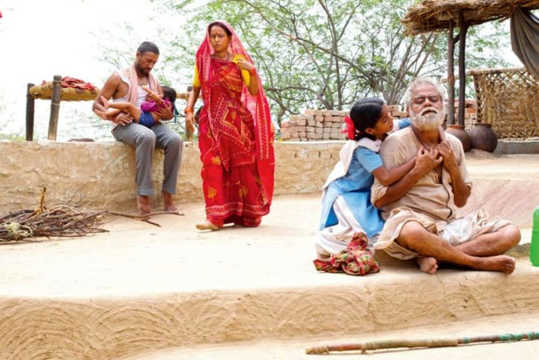 Playing the witty, sharp survivor of the Chambal valley, Mishra captured the dark humour, pathos and struggle of a victim of climate change. An alumnus of the National School of Drama (NSD), Mishra, who had already proved his mettle in films like Ankhon Dekhi (2014) and Masaan (2015), was fantastic as the blind farmer reaping the bitter harvest of global warming. The actor drove the film on the strength of his craft despite not once looking directly at the camera. His chemistry with Ranvir Shorey was a masterclass on how to react to a co-actor.

Click here to read our review of Kadvi Hawa 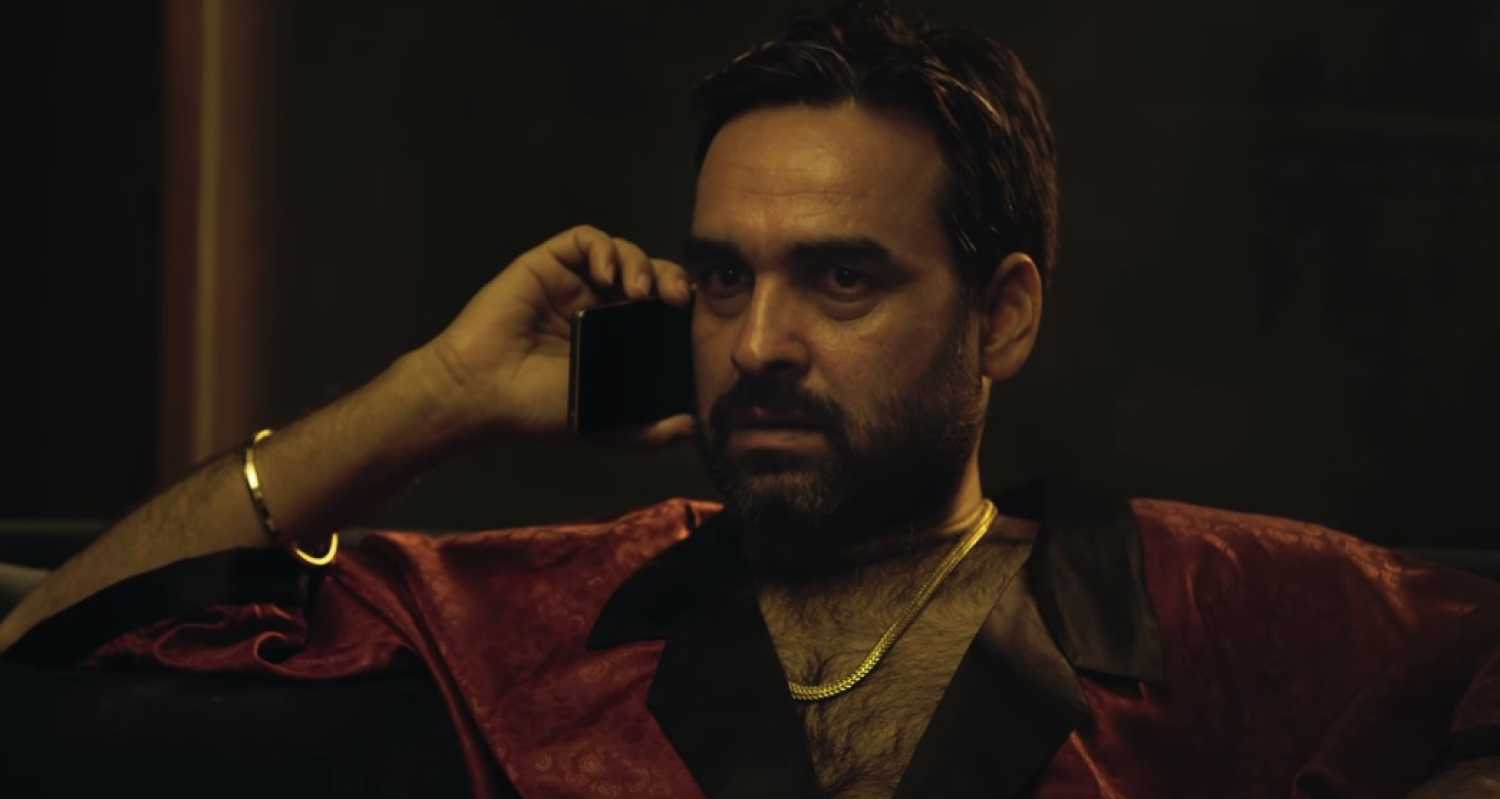 In a film that went largely unnoticed at the box office but was deserving of attention all the same, Pankaj Tripathi ventured into dark territory as a member of Gurgaon's real estate mafia. He played with finesse the part of Khairi Singh, a man who lives and dines in an atmosphere that is sophisticated, even futuristic, but cannot get the poor farmer out of him. Tripathi embodied Khairi Singh's power and his struggle with people skills so brilliantly that the character stays with you. 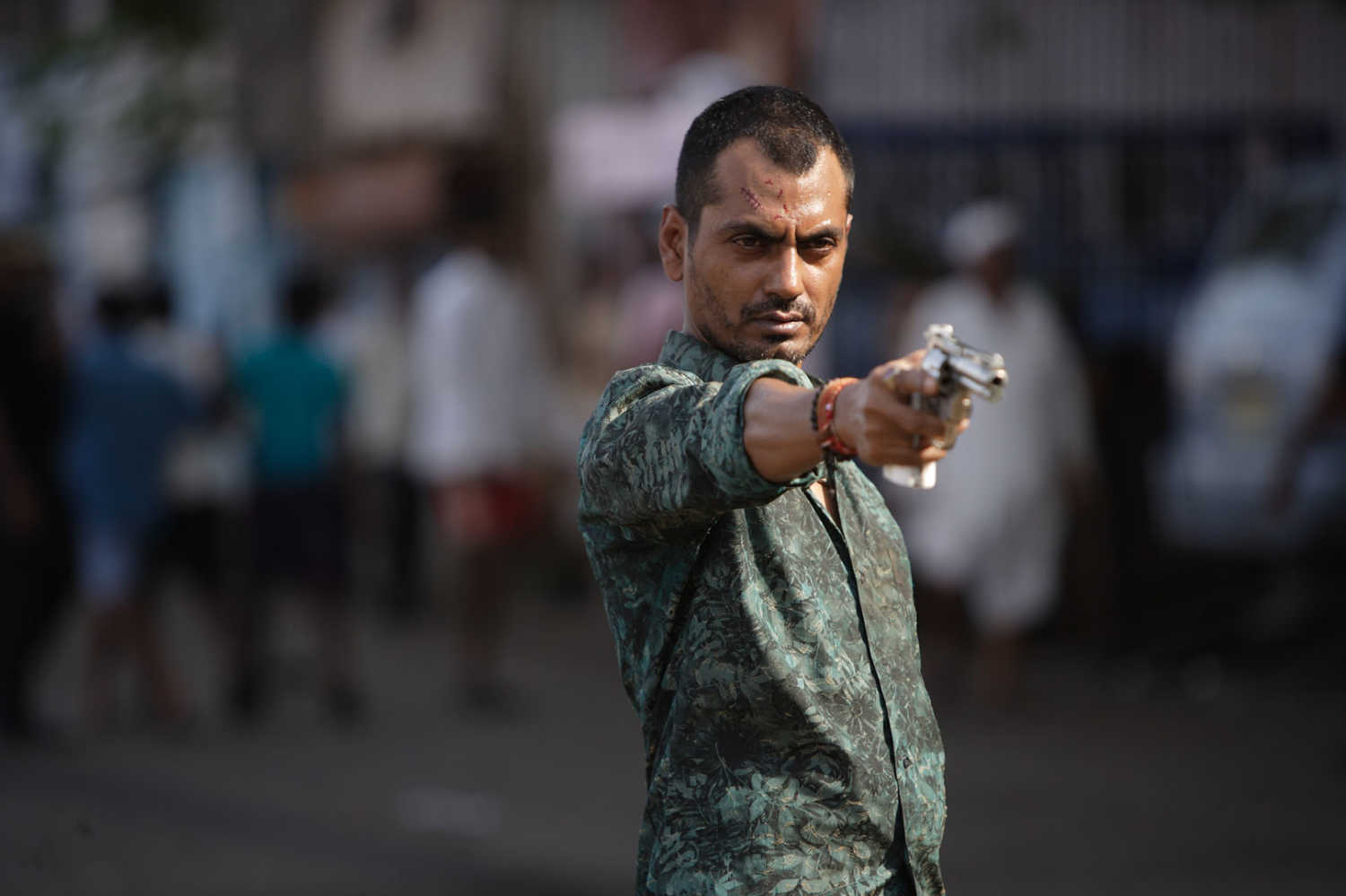 Nawazuddin Siddiqui had six feature film releases this year — Monsoon Shootout, Raees, Haraamkhor, Babumoshai Bandookbaaz, Munna Michael and Mom. While his performances in all were impressive — what did you expect? — we had to pick one and that just had to be his turn as the chameleon-like gangster in Amit Kumar's Monsoon Shootout. Technically, Siddiqui's act as the cold-blooded assassin is five years old. But his performance as a killer poised between life and death remains fresh and captivating. The actor slacklined between ruthless killer and man pushed by circumstances with an ease that defies belief. From his murderous rage to the calm, collected deception he pulls off, Siddiqui was in fine form in this noir thriller.

Click here to read our review of Monsoon Shootout 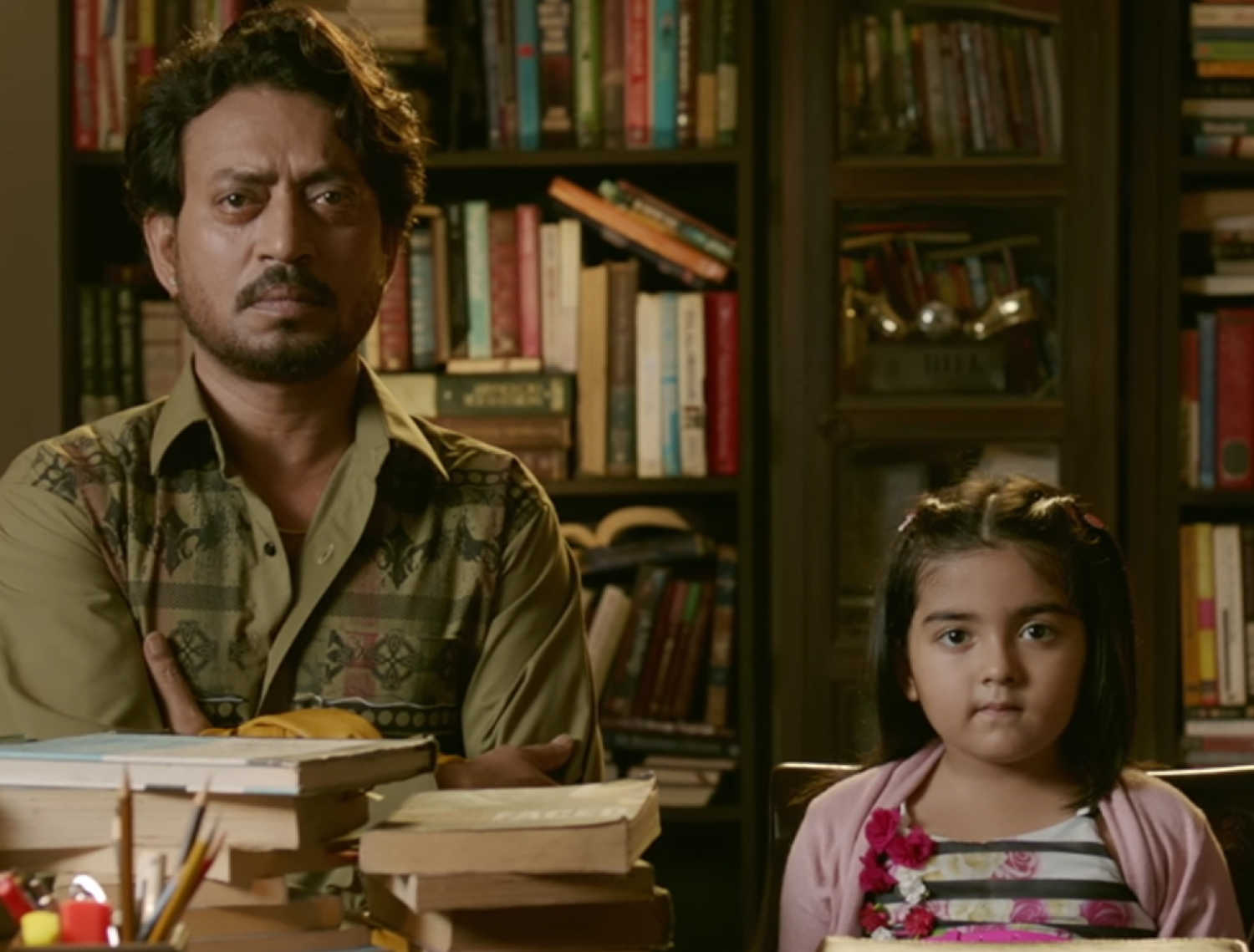 In this satire on the class divide and the growing language barrier in India, Irrfan Khan put in an incredibly easy-looking performance as a successful but essentially simple-hearted man who makes some unethical choices while trying to be a good father and husband. He embodied the conflict between posh South Delhi and earthy Chandni Chowk and was at his best while navigating the comic situations in the film in his inimitable, wry manner.

Click here to read our review of Hindi Medium 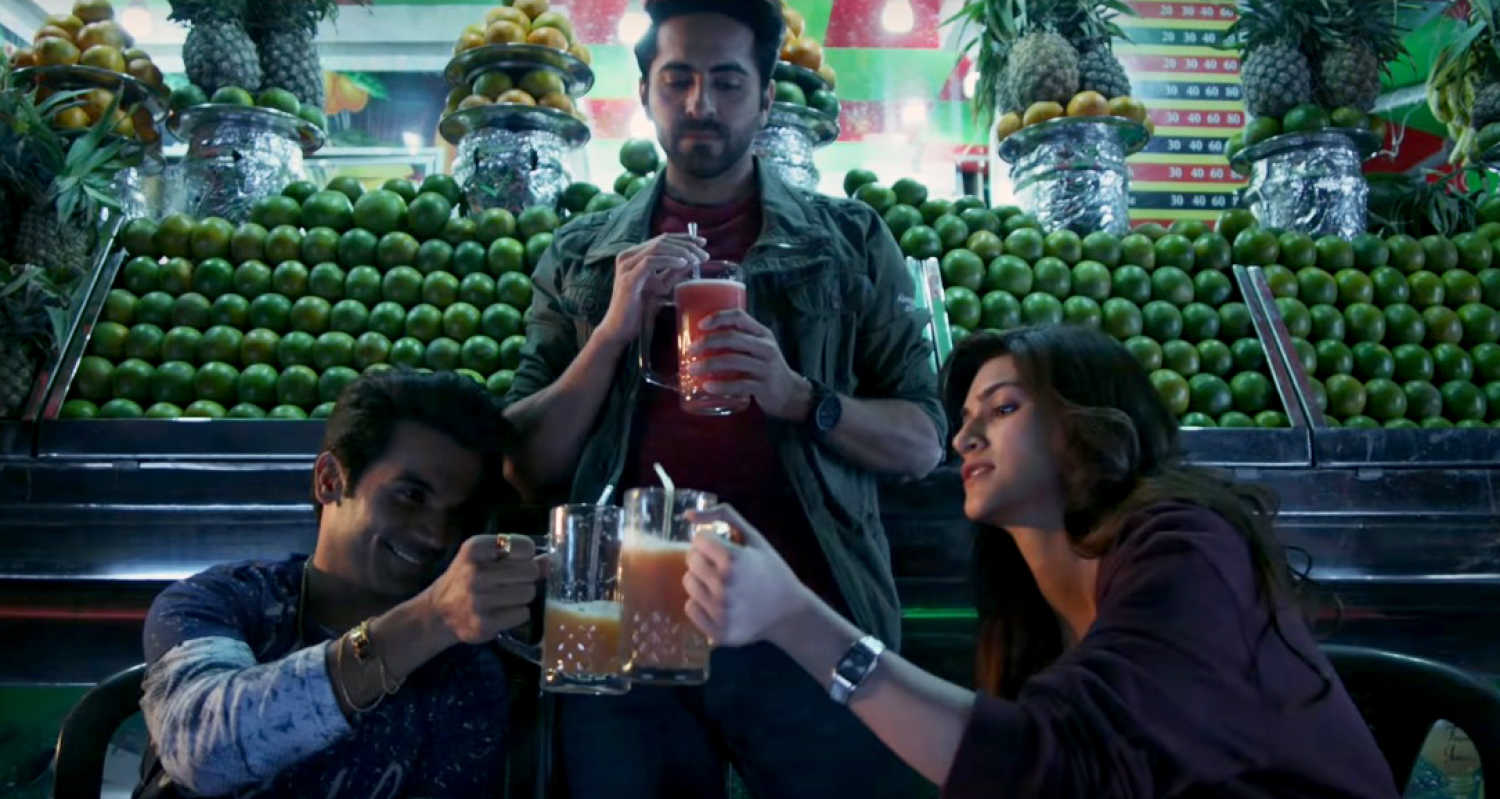 Rajkummar Rao is the other actor who had a golden 2017. He impressed one and all with his versatility — as a sincere government official in Newton, a shy guy who discovers his will to survive an agonizing situation in Trapped, a meek Pritam Vidrohi in Bareilly Ki Barfi, a youngster who has been in love with his neighbour since childhood in Behen Hogi Teri, and a sweet lover who turns vengeful IAS officer in Shaadi Mein Zaroor Aana. We chose Bareilly Ki Barfi because it showcased a very different side of the actor, exploiting his comic chops. Rao moved expertly from being meek as a lamb to a totally unruly and arrogant guy. The year truly belonged to him!

Click here to read our review of Bareilly Ki Barfi