As the last big weekend of the year approaches, stars pack their bags for a time away from the limelight, with friends and parties on the horizon.

So far, it looks like there is going to be a number of celebrities who will enjoy their big weekend in style. 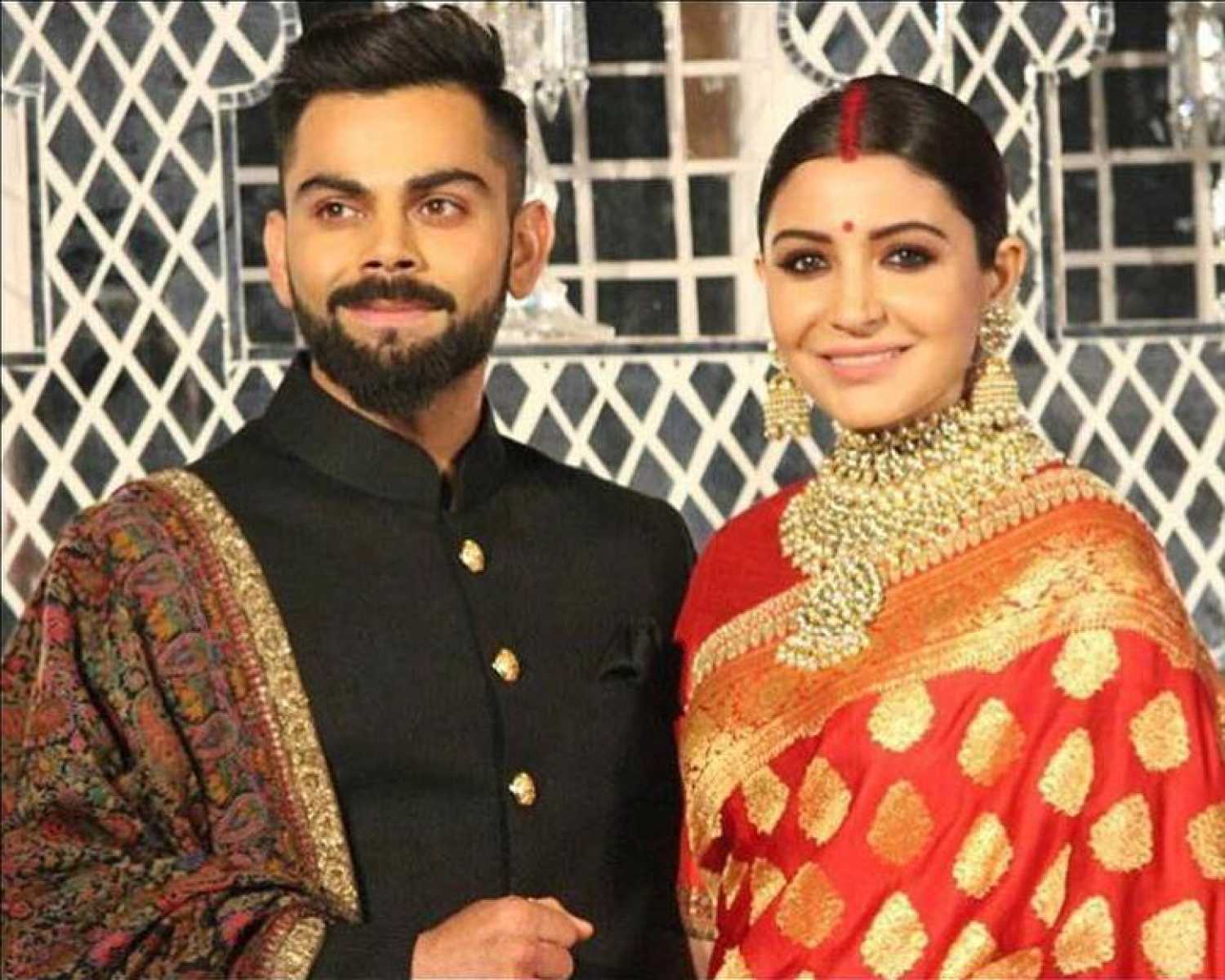 South Africa seems to be the destination for the new power couple of Hindi cinema and Indian cricket. While the newly weds are set to hold a grand reception for industry insiders in Mumbai on 26 December, they have already planned the destination for their New Year's eve. With the Indian cricket team already in South Africa preparing for a tour, captain Kohli seems to be mixing business with pleasure as he plans to take off with Sharma to get away from the hubbub their marriage has caused.

The actress will return later in January to start the next schedule of Aanand L Rai's film with Shah Rukh Khan.

With parents as stylish as Saif Ali Khan and Kareena Kapoor Khan, it is natural Taimur is gifted with a sense of style. Taimur Ali Khan is likely to welcome 2018, with his parents, in the city of London. The family already took off on their holidays after enjoying a Christmas lunch at the late Shashi Kapoor's residence. While the death of the last son of Raj Kapoor dimmed the celebrations this year, it did not prevent the family from hosting the traditional Christmas dinner made famous by Jennifer Kendal Kapoor's cooking.

Kareena Kapoor, meanwhile, has Veere Di Wedding to look forward to as soon as she returns from the much deserved holiday.

Kareena is likely to bump into her Veere Di Wedding co-star, Sonam Kapoor in London. The Neerja (2016) actress is also leaving on a vacation to London with her family — Anil Kapoor, Sunita Kapoor, Rhea Kapoor, and Harshvardhan Kapoor. She will also have beau, Anand Ahuja, for company. The actress will return later to prepare for the schedule of sister Rhea Kapoor's production, Veere Di Wedding.

The actress returned to India in the holiday season, but still managed to put in some work at the Zee Cine Awards, before giving a lecture at the Penguin Annual Lecture in New Delhi. However, Chopra does look like she will be ringing in New Year's in India. The actress is expected to head to Goa, where she owns a farmhouse, with her family to chill out on the last weekend of the year. Celebrations done, the actress will return to the United States to resume shooting for the third season of her television show, Quantico.

After a fairly successful year with Golmaal Again, it is natural that Ajay Devgn and family are looking to spend some time away from the limelight. The actor, with wife and actress Kajol, children - Nysa, and Yug - is expected to head to the farmhouse in Karjat for the New Year celebrations.

Thugs Of Hindostan might take the next year to get ready, but it seems Aamir Khan cannot get enough of the seas. The actor is planning to head out to Bali with wife Kiran Rao and family to welcome 2018. The actor has maintained a quiet profile through the year, and the success of Secret Superstar has only proved his nose for a good story. With Thugs of Hindostan in the pipeline, Khan will look to be rejuvenated as he steps up for work in the next year.

2017 has been a big year for the Rangoon actor with his daughter, Misha turning one. While Padmavati continues to struggle without a set release date, the actor looks to take some time off to chill at home in Mumbai with wife, Mira Rajput and little Misha for company. After all the noise over Sanjay Leela Bhansali's film, the quiet confines of home might feel like a great place for Kapoor.

The actress has an additional reason to celebrate the new year in style as one of her close friends is about to get married. With that in mind, Bhatt is planning to join her girl friends on a secret trip that will also double as a bachelorette party in Bali. It looks like destination parties are all the vogue in the industry this year.

The actor might want to forget 2017 in a hurry. From the bitter feud with Kangana Ranaut to the battle for the box-office with Kaabil, the actor seems to have run into a very thorny patch this year. No wonder he plans to take his two sons, Hridhaan and Hrehaan, to an exotic destination to get his mind off all the trouble.

Hrithik had taken off to the French alps, before heading to Dubai in 2016, with his sons.

While never a big party person, the actress is planning to head home to Bangalore to spend New Year's eve with her parents. The actress has had a turbulent year with her role in Sanjay Leela Bhansali's Padmavati earning her death threats, but her resilience and stand for the film has earned her appreciation. Having made her Hollywood debut in 2017, the actress might be preparing for another big splash in 2018.

The actress is currently on a holiday in Austria.

The Pad Man is set to celebrate his new year with family in adventurous style. The actor is speculated to be planning a holiday in Africa with wife Twinkle and children, Aarav and Nitara. The actor has had a fairly impressive year with the success of his social drama, Toilet: Ek Prem Katha (2017).

Now preparing for Twinkle Khanna's debut as a producer, Pad Man, the actor will return in the new year to begin promotions of the film. Akshay also has Reema Kagti's Gold lined up in schedule for 2018.