The film will be helmed by Sultan (2016) assistant director Abhiraj Minawala.

Shortly, the first logo of the film was released. 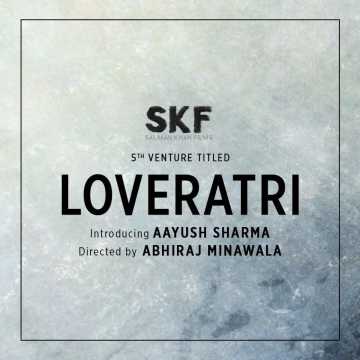 There is no word yet on the lead actress of the film. Loveratri will mark the directorial debut of Minawala, who has worked as an assistant director in films like Fan (2016), Sultan (2016) and Gunday (2014).

Sharma married Khan's sister Arpita in 2014. The couple have a son named Ahil, who was born in April last year.