The actors informed that the film was completed a year ago, but that KIFF 2017 was the first film festival where it was screened.

One of the most appreciated films at the recently concluded Kazhcha Indie Film Festival (KIFF) 2017 was a film by director Sandeep Adhikari, called Thooppu. It deals with several social problems, including that of child sexual abuse.

The film tells the story of a priest who develops a friendship with a mentally-challenged boy from the Dalit community. Eventually, the efforts of the priest to help the poor man draws him the ire of those from the so-called upper classes. They force the priest to resign and in his place comes another priest, who is not who he portrays himself to be.

Although director Adhikari was not present at the screening, some of the lead actors of the film turned up to present the film.

Cinestaan.com caught up with Zane Shah, who plays the titular character of Thooppu and Jose K George, who plays an important character called Anto, for a chat after the screening of the film.

The actors informed that the film was completed a year ago, but that KIFF 2017 was the first film festival where it was screened. Unable to believe that a telling film like Thooppu had not found takers anywhere else, we asked them if they tried sending the film to other film festivals.

"This film was made in March 2016. However, we have been unable to release it so far. We have been trying hard for a year now. Distributors are not picking the film becuse they say they don't see any business potential in it," rued lead actor Shah.

"We sent it to the Los Angeles film festival and the Rain Dance film festivals. But then, the film did not get selected. We are going to keep on trying. We are now looking to send this film to film festivals inside the country. We tried to send the movie to some festivals, but it was rejected because it was not as per their technical specifications," added Shah, who did his post-graduation at the New York Film Academy in Los Angeles.

Shah's character in the film is a difficult one to portray, but the actor has done a fantastic job. He plays a mentally-challenged boy from the Dalit community, who suffers one shock after another in his life, apart from discrimination and ridicule. 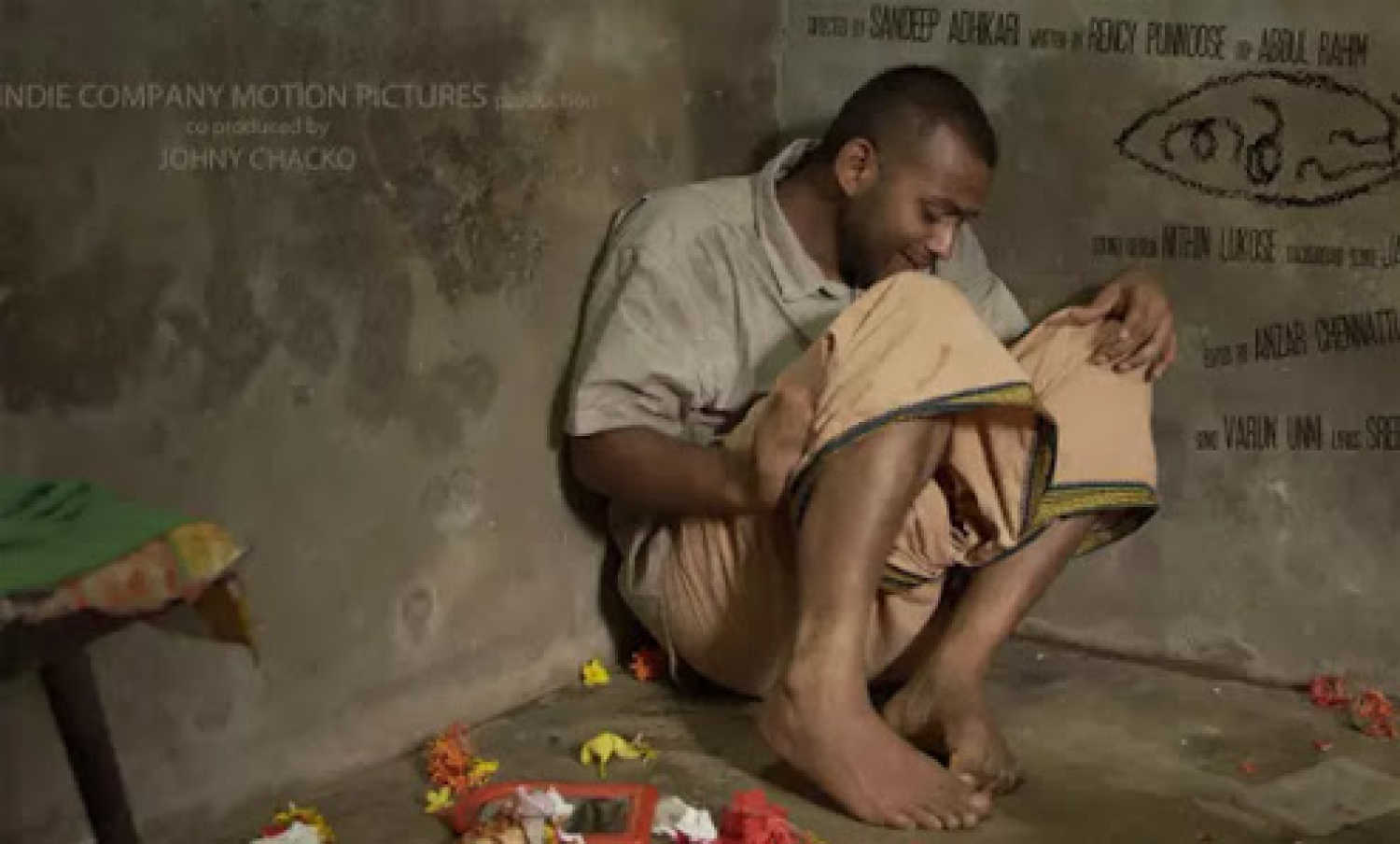 "To be honest, when the script writer of this film, Rency Punnoose, told me this script, I was scared. I spoke to two of my teachers in Los Angeles about the role and this bold script. They told me to take it up as a challenge and do it. Moreover, this offer came to me at a time when I was on the verge of graduating. I had two months time and my teacher said, 'You are lucky to get a role like this.' So, I took it up," said Shah on playing a complex character like Thooppu.

Given his faith and the contrasting story of Thooppu, the role of Anto played by Jose is a difficult one. "I look at it only as a role in the film. Beyond that, I have not considered anything," he said.

Both actors said that the overwhelming response the film had got at KIFF had given them fresh hope and that they would renew their efforts to get their film released.