Participants at the Bridge session at the Kazhcha Indie Film festival agreed that they would need to learn this form of filmmaking which would radically challenge all that they have learnt so far.

The Bridge session at the Kazhcha Indie Film Festival (KIFF) 2017 on Saturday was one of the most interesting sessions as the topic on the possibility of making a complete feature film in Virtual Reality (VR) came up for discussion, among other things.

Director Sreebala K Menon, who has been leading all the Bridge discussions, said, "Others too must contribute to the discussions. I would also like to be a listener." The director's request evoked a fantastic response as almost immediately students and young filmmakers started posing interesting queries and suggestions.

Don Palathara, the director of Vith, who was also present for the session, answered queries on films releasing in foreign countries.

When a participant asked whether there were any specifications with regard to the kind of cameras that needed to be used for shooting a film which one intended to release in a foreign country, Don said no such specifications existed.

Another youngster raised a question on his style of filmmaking. The youngster asked Don if directors like him and S Durga director Sanal Kumar Sasidharan were straying from the well established path of filmmaking which was based on the widely held belief that filmmaking was basically storytelling. The youngster pointed out that Don's films were about portraying an incident as it was rather than narrating a story.

In other words, Don's film like Savam (2015), which is about what happens in a family that is mourning the loss of a dear one, and S Durga have changed filmmaking from being story-telling to portraying realism.

Actor Kannan Nair, who too was present at the chat, responded saying, "Filmmaking is no longer about storytelling. In fact, it changed a long time ago. Storytelling is Hollywood's way of filmmaking."

The discussion then veered towards the film Thoopu (2017), which had been screened earlier in the day. Its content came in for much praise as most participants rated it very high. It was at this point that a youngster, citing the session on VR earlier in the day, asked about the possibility of making a complete film in VR.

The young student first went on to disclose that the 360 degree angle coverage, which a VR film gives, makes it a more fulfilling experience for the viewer. He said to shoot a VR film, 16 cameras were required. However, he also ruled out using mobile phone cameras as the pictures needed to be either of 4K or 8K resolution.

Replying to his question, director Sreebala said that the VR option would not work for a feature film because in virtual reality, it is the viewer who makes all the decisions as opposed to a regular film in which the director of the film decides what the viewer watches and listens. 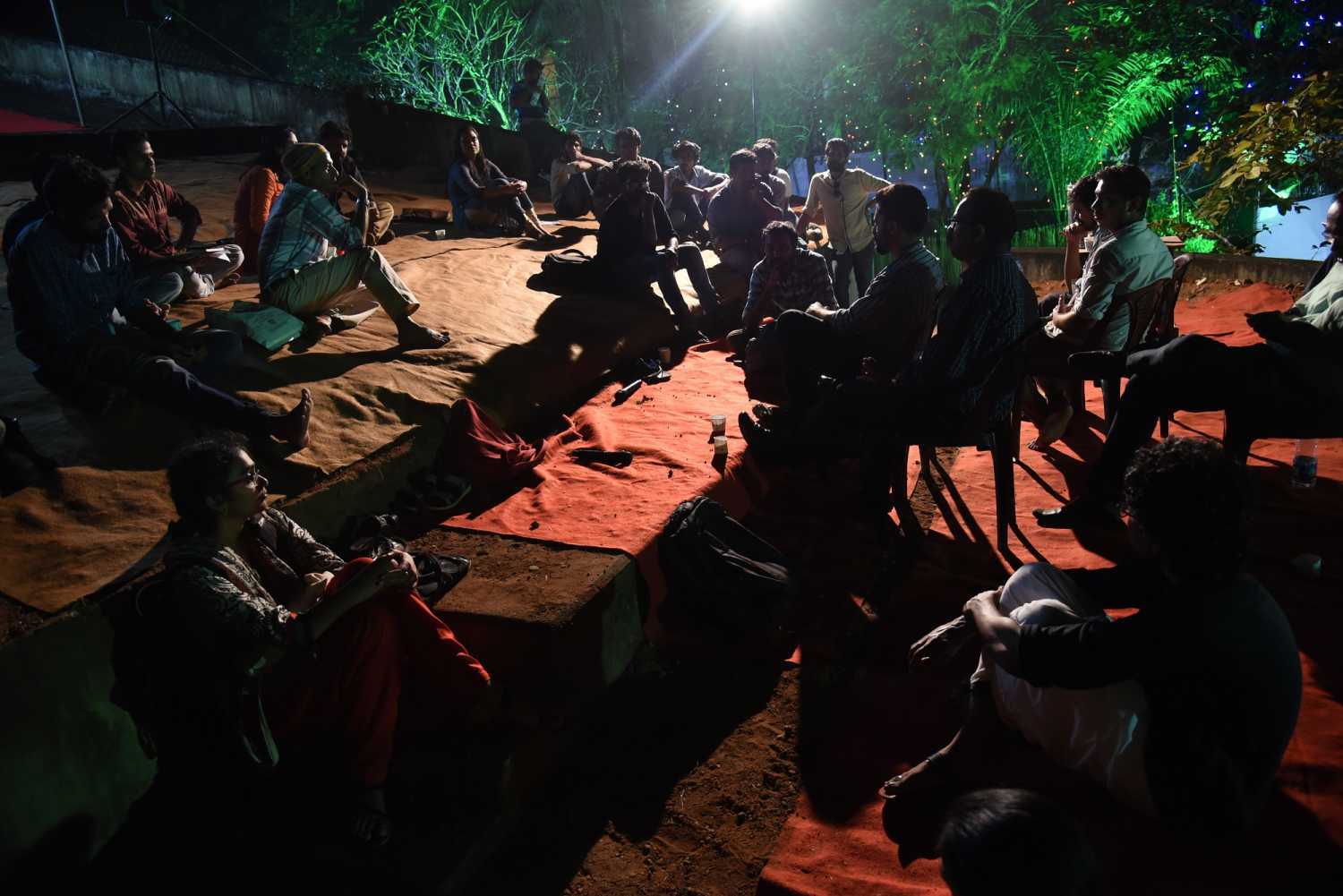 To elucidate her point, she cited an instance wherein something important might be happening between the actual characters relevant to the plot, who might, say be to the left of the viewer, while he might actually choose to look to his right and thereby, miss what is happening in the story. He would, therefore, find the story confusing from that point on.

Sreebala said that this medium would be a terrific challenge to filmmakers.

Another suggestion that was made was that while VR, at this point might not work for a full length film, it could be used to make documentaries on social issues.

The session ended with all the participants agreeing that they would need to learn this form of filmmaking which would radically challenge all that they have learnt so far.