Artistes share their thoughts and memories about their siblings.

Film stars are often associated in the public mind with show and extravagance, but festivals do bring out their human side. Raksha Bandhan is an important Hindu festival that is also celebrated by non-Hindus as it has more to do with the sacred brother-sister bond and with family than with religion.

Like the public, artistes, too, are fond of celebrating this festival, which offers an occasion to share memories. Here is what some artistes came up with on Raksha Bandhan:

Abhishek Bachchan posted a childhood picture of Shweta and him. Now we know why we call him the junior Bachchan.

I'm pretty sure she still thinks I'm that same size and age.... But am also sure that she will always be there for me, as I will for her. #happyrakhi Shwetdi. Love you. P.S. I have 3 other sisters who do the same, but they will kill me if I post childhood photos of them. Actually, now that I think of it my sister is going to have the same reaction!! Remember girls it's RAKSHAbandhan.

Parineeti Chopra shared a picture with her brothers, Sahaj and Shivang. She had a wonderful message for her brothers, but she also demanded her gifts.

Not much known is about newbie Disha Patani, but as seen from this tweet, Patani’s younger brother looks like he is still in school.

Happy Rakhi to my cutest bro ðÂÂÂÂÂÂÂÂÂÂÂÂLove u loads miss you. pic.twitter.com/zZd7qJNX9h 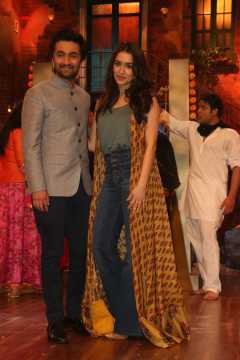 Shakti Kapoor's offspring are perhaps the most talked about siblings at the moment as they are set to feature together, as siblings, in the upcoming film Haseena Parkar. There was no message on social media, but Siddhant heaped praise on his sister, calling her the apple of his eye.

“She is the apple of my eye," the actor told the DNA newspaper. "In fact, not just me, but everyone, including my father, mother and maasi Padmini Kolhapure, we are all proud of her success and the way she has achieved it with her determination and hard work." 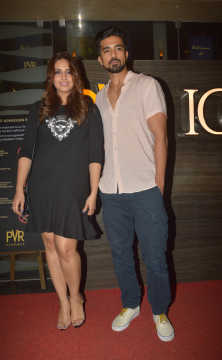 Delhi-born siblings Huma Qureshi and Saqib Saleem are a pillar of strength for each other. The two stay together in Mumbai. “He is awfully vain — even as a kid he would style his hair before bed in case he woke up late and didn’t have time to dress his hair before school. He can get away with murder, but I know he always has my back,” said Huma in an interview with Vogue magazine's India edition.

The sister and brother form a mutual admiration society. Saqib says his sister is transparent and intelligent, and loves accosting people about their nutrition charts which is why, he claims, she follows seven diets at a time.

The sultry actress considered herself lucky to be blessed with a brother like Rocky.

Lucky are the girls who are blessed with amazing brothers. I am too. @rockystarofficial you are my friend , my true brother, my rock - forever. Thank you for loving me and protecting me from everything always. I would not be this strong girl I am today...without you. I love you lots.âÂÂÂÂ¤ï¸ÂÂÂÂ Happy Rakhi to All âÂÂÂÂ¤ï¸ÂÂÂÂ