Gangs Of Wasseypur, released on 22 June 2012, and Gangs Of Wasseypur 2, which released on 8 August 2012, have achieved cult status since. Gangs Of Wasseypur is a masterfully made gangland drama that is certain to go down in history as one of the classics of this decade. But this Anurag Kashyap film is more than just that. One of the early instances of employing a full-time casting director, this film gifted us some amazing new artistes in iconic characters.

The man at the helm of it all was National School of Drama (NSD) graduate Mukesh Chhabra, who is still remembered for doing the fantastic job of casting around 384 characters in the film, and to date is called the “Gangs Of Wasseypur guy”.

The two films, which were made at a total budget of around Rs39 crore, were not only critically acclaimed but also reasonably successful. The films together made around Rs50.96 crore at the box office. 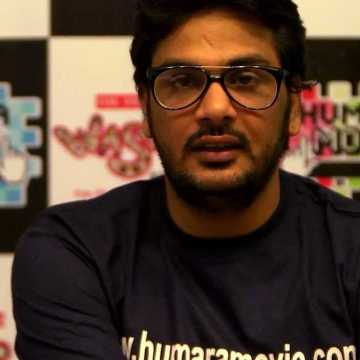 While the success of the two films encouraged other filmmakers to employ and credit the casting director, Gangs Of Wasseypur also changed Chhabra's life. “I am lucky that I got to work with Anurag," he said. "I had done a film called Chillar Party (2011) and he knew I am from theatre and know a lot of actors.

"I always wanted to do casting. He brought the Wasseypur script to me and told me to cast [for it]. It took me about 14 months to cast for both films. This film changed my life. It was an amazing experience — the way he had written the story, the way he narrated it, everything. It helped so much new talent to come into the industry. It was the best film I worked on. I had seen Black Friday (2007) and really wanted to work with Anurag."

The film launched the careers of many new and struggling actors. Manoj Bajpayee as Sardar Khan was the only known actor in a lead role. The rest of the leading artistes and supporting cast were those who were scoring major roles for the first time — Nawazuddin Siddiqui, Rajkummar Rao, Richa Chadha, Huma Qureshi, Piyush Mishra, and Pankaj Tripathi, among others.

That was the biggest challenge for Chhabra, whose brief was to find new actors. “To find so many fresh, talented actors in one film [was a challenge]. They had to know the language well and belong to UP or Benares. They had to all be great performers. I had to handpick the actors — whatever scene they did, they had to be kickass,” he said.

Kashyap gave him a free hand mostly. “Anurag is a director who won’t give you a detailed brief," he said. "He just asked me to read the script and use my imagination. So I had to imagine every character. Then I went to Benares, places in Bihar and Delhi, and auditioned more than 15,000 people.”

Chhabra chose every character carefully, making Gangs Of Wasseypur a study in how accurate casting can create magic on screen.  One of his coups was getting director Tigmanshu Dhulia on board as Ramadhir Singh.

“I am from a theatre background, from NSD, so I knew Tishubhai [Dhulia]," he said. "He was also at NSD. I had gone to him for something else and we were talking. The way he was talking, the way he was behaving... he has a way of saying things, and I liked his tone. I politely asked him, ‘Sir, will you act?’ First, he abused me and said 'have you gone mad?' I told him I was serious. I handed him the script of Gangs Of Wasseypur. He loved it.”

Chhabra wanted to be very certain that Dhulia was willing, before suggesting his name to Kashyap. “Then I went to Anurag Kashyap and told him, ‘I have an idea. How about Tigmanshu Dhulia?’ He jumped from his seat and said ‘this is a fucking interesting idea!’ First, I went to him saying sir, please act, and now I have done casting for every film of Tigmanshu,” he said.

But it was not only Dhulia who was considered for the role of the intimidating politician. Kashyap had first given Piyush Mishra the opportunity to choose between playing Nasir Chacha and Ramadhir Singh, and Mishra was inclined towards the latter. But later Kashyap and Chhabra felt that he would be better as Nasir.

“Piyush Mishra, I felt, did not fit Ramadhir Singh. The way Tigmanshu talks — which is quite less — and behaves, he is very intimidating. Piyushbhai is more talkative. Their personalities were different. I fought a lot about this with Anurag. So then we decided that we should give him the role of the narrator.”

With so many minute details to take care of, the process was not smooth. There was a time when Kashyap and Chhabra did not see eye to eye and the latter almost bowed out of the project.

"The character of Sultan Qureshi was most difficult to cast," he said. The role was eventually played by Pankaj Tripathi. "I had never worked with Anurag before. He wanted an established actor to play Sultan. The producers also recommended two or three guys. They were not bad, but they were not fit for the character. He is from Benares. So we needed a certain language, a certain body language.”

The producers and Kashyap pressed Chhabra to do a screen test with a famous actor. “Anurag said the producers and he wanted me to test the guy they had in mind — he is a very popular actor, but I won’t name him. They put pressure on me to test him, so I did it. The same scene, I also shot with Pankaj Tripathi without telling Anurag.

"I put the audition of Pankaj and the other three actors suggested by the producer in Anurag’s laptop. I told him 'these three are your choices and one is my choice. You decide, I am going home.'

"I almost left the film. Later, Anurag called to say that 'Pankaj is really good. Just come back'. After the incident Anurag never doubted my audition process and gave me a free hand."

Gangs Of Wasseypur also gave the world the talented Siddiqui, who is a star today. But the process of casting him was different. Kashyap, who always felt Siddiqui was the best actor in the industry, had been dying to cast him in a major role. And the character of Faizal Khan was cut out for him.

“He [Siddiqui] had been around for many years," said Chhabra. "He had also acted in a scene in Anurag’s Black Friday. Nawazuddin was on Anurag’s mind since the beginning. Everyone in the film industry knew of Nawaz’s talent. Everyone had seen him in those scenes from Sarfarosh (1999) or Munna Bhai MBBS (2003). But Anurag had decided that he will do one film with Nawazuddin. He was like ‘who are we to say no to an actor like Nawazuddin’... he was so good. I have known him for 20 years. Anurag was clear from the beginning that he wanted Nawaz for the role of Faizal.”

Casting the female leads proved to be tougher. No actress was willing to play Nagma Khatoon, Sardar Khan's wife, perhaps because it was also about playing mother to an older man — Siddiqui!

"Every actress said no to that part," said Chhabra. "Anurag was wondering why. Also, when so many actresses have rejected a role, others also start doubting it. The same thing had happened to the role played by Kalki Koechlin in Dev D (2009). Anurag was like, why are they saying no to such a big part? Doesn’t anyone have the guts to do it?

"Richa had earlier auditioned for Dev D. She was outstanding, but she was not right for that role. We didn’t audition her for Gangs Of Wasseypur. She was just so good. When you know the calibre of an actor and that they fit the part, you don’t need to audition sometimes.”

Huma Qureshi, who played Siddiqui’s love interest, was spotted in a phone commercial. “Anurag had seen Huma in a mobile advertisement," said Chhabra. "And that’s where we picked her from and decided to test her. She was living in Delhi then.”

Chhabra revealed that Qureshi could have started her career in 2007 with Shah Rukh Khan as her co-star, but she was destined to make her debut opposite Siddiqui. “She had auditioned for Chak De! India but didn’t get picked,” he said.

Bringing this amazing talent pool together for the two-part gangland saga was not the end of Chhabra’s job. He had to conduct workshops for the film. Gangs Of Wasseypur was to be made on a large scale, but the budget was limited. The time to shoot was also limited. So Kashyap decided to resort to acting workshops, making Gangs Of Wasseypur also one of the first films to use this method, usually reserved for theatre.

“Since my NSD days, I used to do workshops with a lot of actors," said Chhabra. "That was my first job before I became a casting director. I knew I could do it well.

"Gangs Of Wasseypur was one of the first films where the cast came together for workshops. You get the cast together like in a play. You do readings and perform together. Let them get comfortable with the language, their character’s behaviour, the tonality, script and dialogue. It becomes like a family. You are making two films in such a low budget and you are shooting them in such a short span of time! It was possible because of the workshops we did."

The man who has gone on to cast tons of fresh faces including Munni [Harshaali Malhotra] in Bajrangi Bhaijaan (2015), Geeta and Babita Phogat [played by Fatima Sana Shaikh and Zaira Wasim, Sanya Malhotra and Suhani Bhatnagar, respectively] for Dangal (2016), theatre actor Manav Kaul in Kai Po Che!  (2013), newcomers Sushant Singh Rajput and Amit Sadh in Kai Po Che! and many others, says Gangs Of Wasseypur remains one of his most cherished projects.