The Bareilly Ki Barfi actor, who turns 32 today (31 August), may not rule the box office, but with each film release in 2017, he endears himself to Hindi cinema fans and audiences.

With four months to spare, it’s safe to say that Rajkummar Rao is one of the most hardworking actors in Hindi cinema. With three film releases, a special cameo in Raabta and two upcoming films, he has had a busy 2017.

His cinematic year began with Vikramaditya Motwane’s Trapped, in which he plays the lone character of the film, Shaurya, who has the misfortune of getting locked into his new flat in an unoccupied building. Holding the audience’s attention for over 100 minutes, Rajkummar goes through a whole gamut of emotions — frustration, despair, anger and eventually dejection — in an exceptional performance.

Trapped review: Rajkummar Rao gets you entangled in web of agonising reality

He followed Trapped with two rom-coms, Behen Hogi Teri and Bareilly Ki Barfi. While the first was a solo hero project opposite Shruti Haasan, in the latter, he shared screen space with co-stars Ayushmann Khurrana and Kriti Sanon. 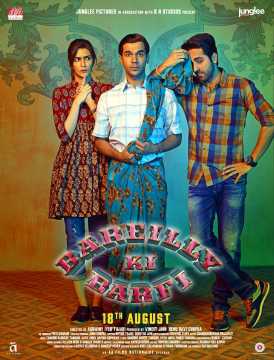 He is currently winning many accolades as Pritam Vidrohi in Bareilly Ki Barfi, playing a sari salesman who transforms himself to woo Sanon’s character Bitti. In both films, he essayed a character from a smaller town.

Bareilly Ki Barfi review: A cinematic dessert that warms your heart and belly

For his roles, Rao also undergoes a physical transformation. As Gattu who secretly loves Haasan’s Binny in Behen Hogi Teri, he acquired a gym-ready body complete with six-pack abs. For Trapped, he starved and even wounded himself to become a character driven to desperation in isolation. Meanwhile for Alt Balaji’s upcoming web series, Bose: Dead/Alive, on Subhash Chandra Bose, he has let himself to go become the revolutionary leader.

In between, he also a shot a small part in Dinesh Vijan’s Raabta as a 324-year-old man. Needless to say, he was virtually unrecognisable under all that makeup and prothestics. Rajkummar also has Amit Masurkar’s Newton and Hansal Mehta’s Omerta up for release. Both roles are poles apart from the work he has done in the first half of the year.

In Newton, Rajkummar is a government clerk, Nutan/Newton, who is trying to do his job in an inhospitable environment, while in Omerta, he goes dark as terrorist Omar Sheikh. Omerta will have its world premiere at Toronto International Film Festival next week; Newton is due to be released in late September.

But that’s not all. Rajkummar has already shot for the international projects 5 Weddings and Love Sonia and the Bengali film Ami Saira Bano where he plays a transgender character. That’s an astonishing amount of work for one year, only actor and his Gangs of Wasseypur co-star Nawazuddin Siddiqui has the same number of films as Rajkummar this year.

A Film and Television Institute of India graduate, Rajkummar has proved from the beginning of his career in 2010 with Love Sex Aur Dhokha and Ragini MMS that he can’t be pigeonholed into any one slot. With other actors might be hesitant to take multi-starrers, he has purposely taken on films just for the parts.

He was one of the three leads in Abhishek Kapoor’s Kai po che! (2013) which launched Sushant Singh Rajput. Rajkummar appeared in Reema Kagti’s Talaash (2012) in a small role as a police officer just so he could act with Aamir Khan and in Vikas Bahl’s Queen (2014) he played the thoughtless cad who jilts Kangana Ranaut’s Rani before their wedding.

But he also had Hansal Mehta’s biopic Shahid (2013) where he played the slain lawyer and activist, sharing the National Award for best actor with Suraj Venjaramoodu for the Malayalam film Perariyathavar (2015). 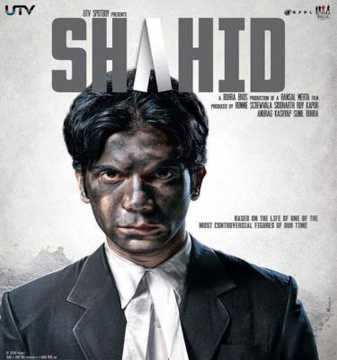 Rajkummar names actor Manoj Bajpayee as an early influence in his career and like Bajpayee, he too straddles both commercial and indie films with relative ease at this point. The two actors worked together in Aligarh (2016) where once again Rajkummar took a backseat as a supporting character.

Rajkummar comes across as someone incredibly focused on his career and always keen to do good work, not caring about the time he has onscreen. As he sets himself apart from his contemporaries with his performances, it’s extremely good news for his fans who know that they can always expect him to deliver with each film.