The actress enjoyed a quiet night out with friends, hanging out at Marine Drive, and gorging on cheese pizza, on Sunday.

Practicing to be an undercover agent on the sets of Quantico seems to have served Priyanka Chopra well. The actress, who is on a holiday in Mumbai, decided to spend the Ganesh Chaturthi weekend doing some typical Mumbai activities.

The actress took the darshan (veneration) of Mumbai's famous Lalbaugcha Raja in Parel. Dressed in a navy blue salwar kameez, the actress stepped out quietly, to get the blessings of the city's most famous deity.

The actress had also visited the high profile Ganeshotsav event at industrialist Mukesh Ambani's house the previous evening. However, on Sunday, the Mary Kom actress was only accompanied by her friend, Tamanna Dutt, among others.

After the darshan, Chopra and her friends stepped out to take in the sights of Mumbai on Marine Drive.

Writing on her Instagram page, the actress mentioned how it used to be a favourite hangout spot for her during her modelling days. She wrote, "It's been years since I've just sat by the ocean at Marine drive.. used to be one of my favourite things to do when I modelled.. I guess In the hustle bustle of life we just don't pause to feel the breeze..the beautiful #queensnecklaceðÂÂÂÂÂÂ Just .. #simplepleasures #PostDarshanChill #incognito #midnightTafree"

It's been years since I've just sat by the ocean at Marine drive.. used to be one of my favourite things to do when I modelled.. I guess In the hustle bustle of life we just don't pause to feel the breeze..the beautiful #queensnecklaceðÂÂÂÂÂÂ Just .. #simplepleasures #PostDarshanChill #incognito #midnightTafree #mumbairomance @tam2cul @sudeepdutt @mushtaqshiekh #mumbaijourney #17yearsandcounting #nostalgic

The actress seems to have enjoyed her time, sharing a few more pictures on her Instagram story. 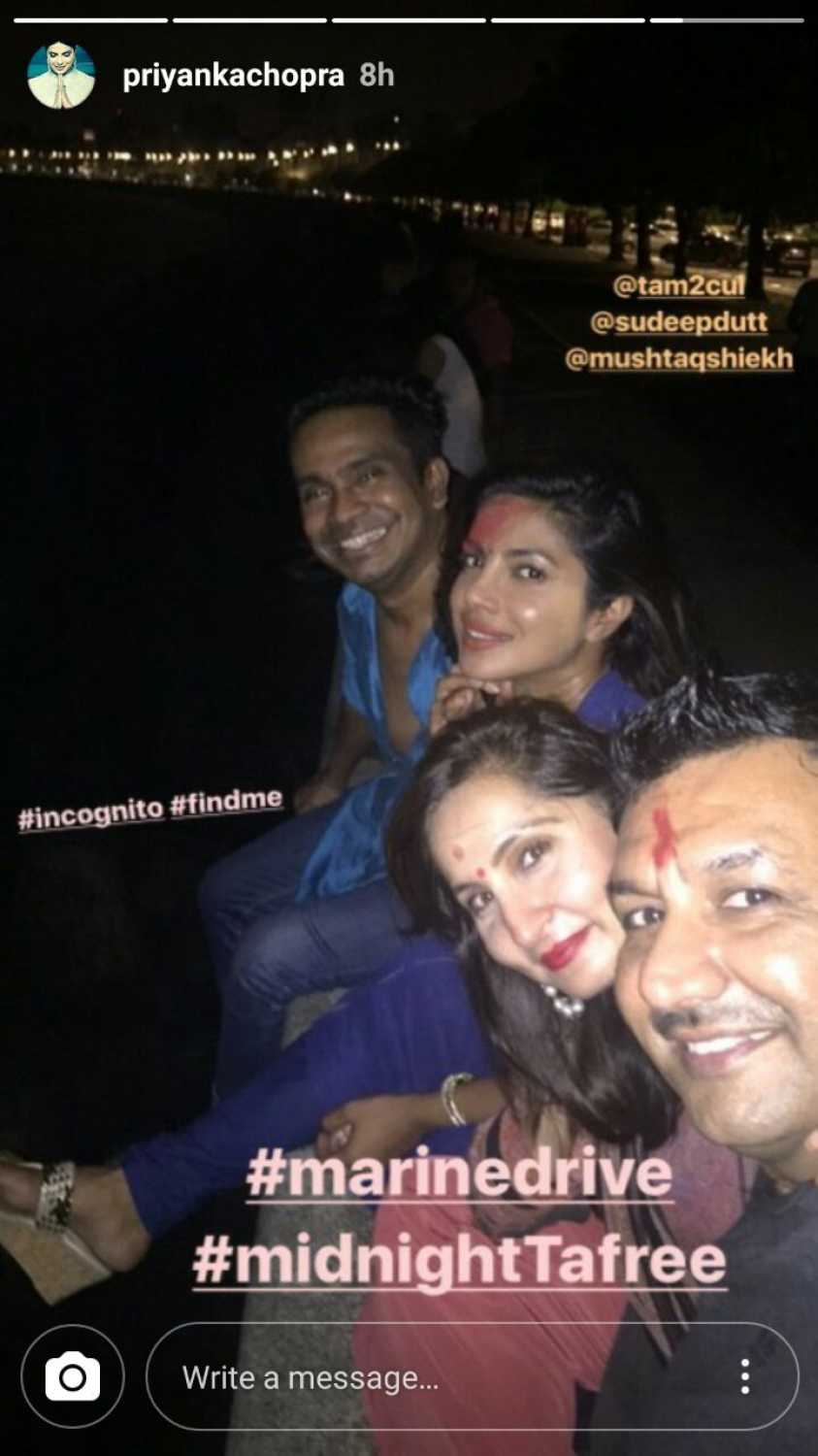 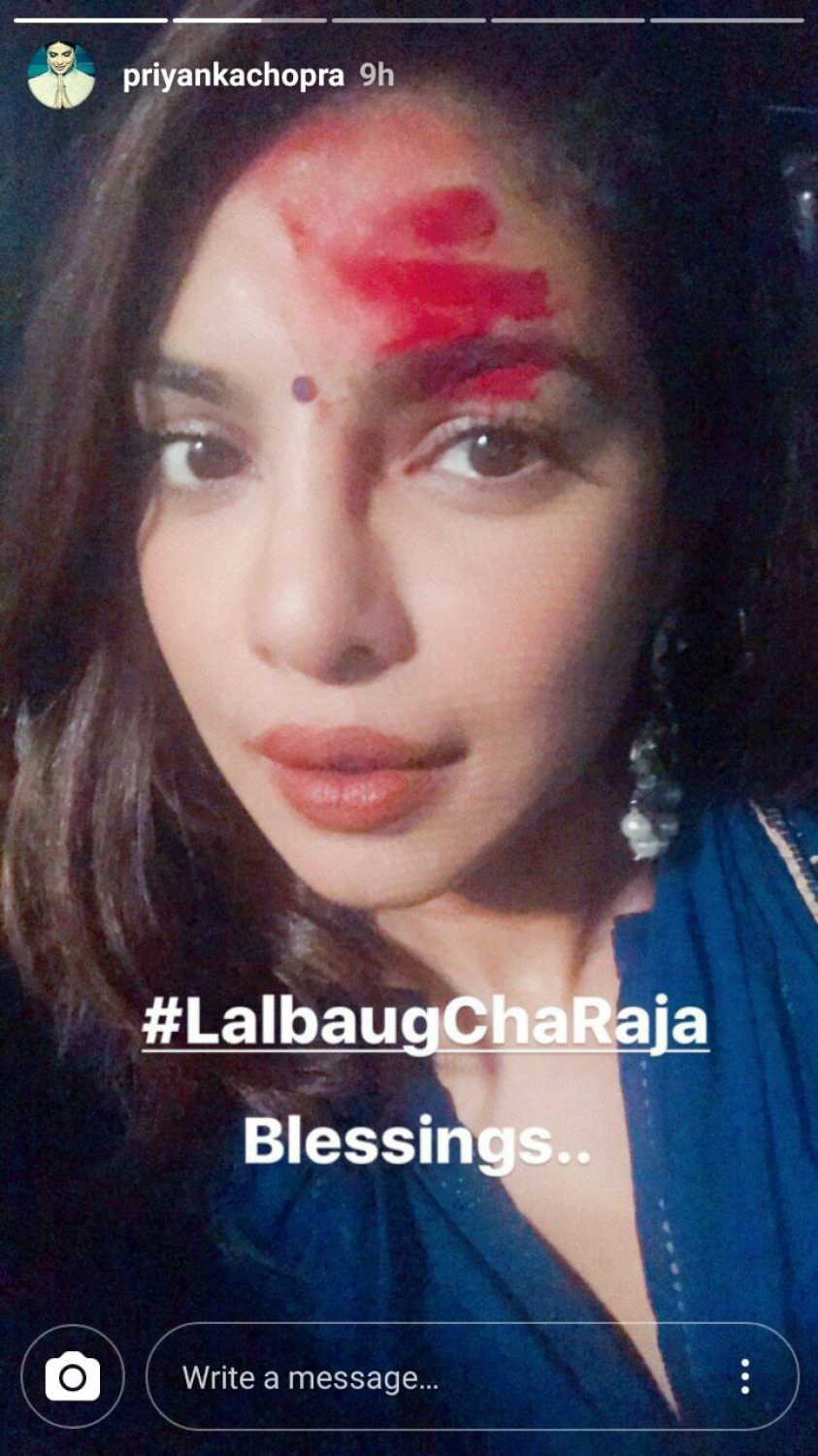 But then, no outing on a rainy Mumbai night would be complete without some street food. The actress, and her gang, then headed out to the famous Amar Juice Centre on Haji Ali to get some cheesy pizza and juice. Despite the obligations of fitness, it looks like Chopra did indulge in some guilty pleasure eating on Sunday. 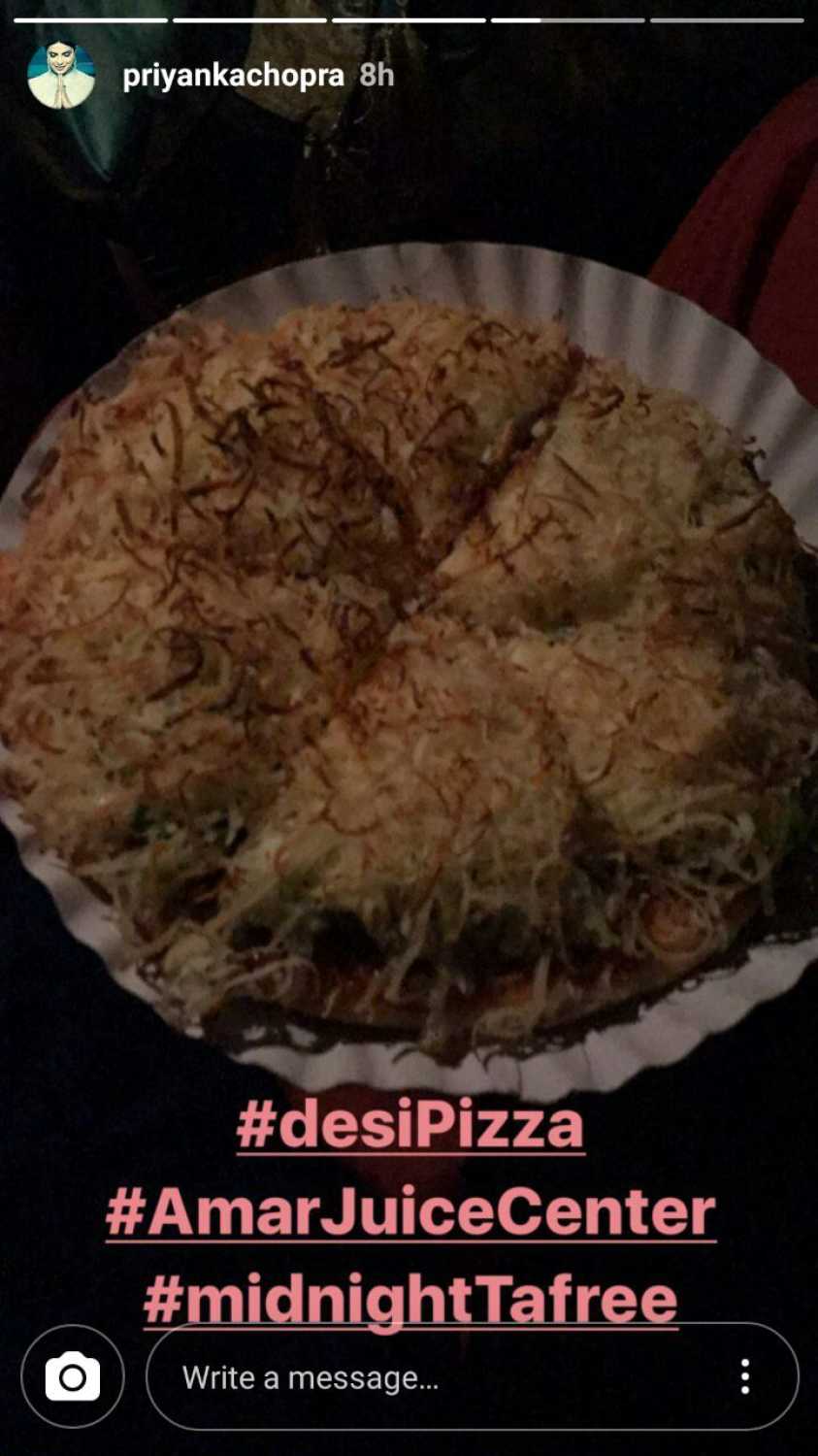 Chopra is on a short holiday in India, and will return to the United States in the next week. She is set to begin shooting for the third season of her television series, Quantico.

The actress also has two films, A Kid Like Jake, and Isn't It Romantic? set for release in the coming months. These are in addition to the responsibilities Chopra has been shouldering as a producer. The actress has already announced the premiere of her Sikkimese film, Pahuna: The Little Guest, at the Toronto International Film Festival.

With a quiet and enjoyable weekend with friends, Chopra might just have recharged her batteries to return to the gruelling schedule that awaits her.