On Master Vinayak's 70th death anniversary today (19 August), we take a look at Brahmachari (1938), which was the most memorable and also ran into controversy back then.

Today if we think of famous onscreen pairs, the first few names that come to mind are Shah Rukh Khan-Kajol, Aamir Khan-Juhi Chawla and Amitabh Bachchan-Rekha. The concept of famous pairs has been in existence as early as 1930s. Master Vinayak, the celebrated actor and director from the black and white era, and Meenakshi Shirodkar starred together in quite a few films and their pairing was appreciated.

Master Vinayak was a legendary actor and director in the 1930s and 1940s in both Hindi and Marathi cinema. His real name was Vinayak Karnataki. He was the father of the late well-known actress Nanda. Shirodkar was a well-known actress in Marathi films, theatre and television. She was active from the late 1930s to 1970s. She is known for being the first actress to wear a swimsuit on screen in her debut film Brahmachari. She is the grandmother of actresses Shilpa and Namrata Shirodkar.

On Master Vinayak’s 70th death anniversary today (19 August), we revisit some of the films where he was paired opposite Shirodkar.

The film looks at a celibate member of a nationalistic and religious group, which was played by Master Vinayak. After being inspired by a lecture on celibacy and service towards the nation by a spiritual leader, he renounces the world and becomes a dedicated and selfless worker towards the society. But his celibacy is put to test before the beautiful Kishori (Meenakshi Shirodkar). Brahmachari ran into controversy then as it showed the actress in a swimsuit, which was a first at the time.

Well-known music composer Dada Chandekar gave music only for around 10 films in his career. One of them was Master Vinayak’s Ghar Ki Rani (1940), which was made into Marathi as Ardhangi in the same year. The film was known for its painful and emotional song ‘Saajan Bin Saawan Soona.’ Ghar Ki Rani was yet another film that saw the pairing of Master Vinayak and Meenakshi Shirodkar. The film also had Baburao Pendharkar, another favourite of Master Vinayak. 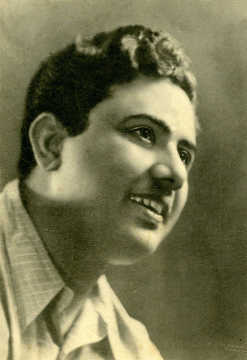 As per the title, the story of the film revolves around a bottle of brandy. A young man (Master Vinayak), who works as a clerk, is given the task by his boss to get a bottle of brandy as a medicine for his ailing son. However, the man doesn’t know what brandy is. The film is about his adventurous journey to find brandy. The task is very important for him since he loves his boss’ daughter (Meenakshi Shirodkar). 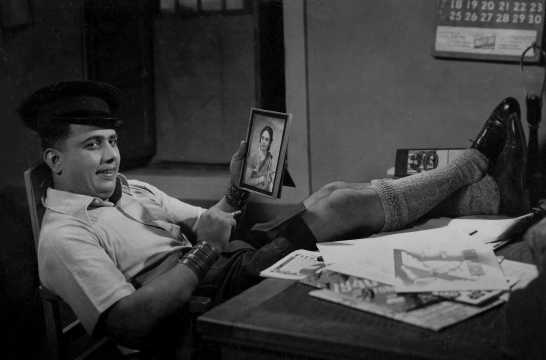 Master Vinayak and Meenakshi Shirodkar were known for starring together in a number of films. A common name that featured in almost every film they did together was that of writer Pralhad Keshav Atre, who was better known as PK Atre. Lapandav was one such film along with Ardhangi (1940), Brandy Ki Botal (1939), and Brahmachari. Atre was also an important political figure who was given the title of Acharya Atre by his followers.