Though a popular hero, Khan's best performances have often come through while playing grey characters.

Born to a cricketer father, Mansoor Ali Khan Pataudi, and an actress mother, Sharmila Tagore, Saif Ali Khan did try emulating his father the Nawab of Pataudi, but a broken finger saw him hang up his cricketing boots early. So, the prince set out to try another skill in his genes. And it turned out to be a wise decision with Khan finding his place in Hindi cinema.

Born with a silver spoon, Khan enjoyed all the privileges. He was sent to a boarding school in England. Blessed with good looks, he began his film journey with Rahul Rawail’s Bekhudi (1992). Years later the actor wouldn't shy from admitting that he was all immature then. His attitude saw Rawail drop him from the film after the first schedule was shot. He was replaced by Kamal Sadanah. Khan met Amrita Singh in the sets of the film when the latter gave the mahurat clap with Sunny Deol. Khan and Singh got married in 1991.

Khan made his debut with Yash Chopra’s Parampara (1993). The debut was followed by two more duds in 1993 - Aashiq Awara and Pehchaan. The actor found some success pairing up with Akshay Kumar in Yeh Dillagi and the super hit Main Khiladi Tu Anari, both released in 1994.

The 90s saw him largely playing the cliched romantic hero. The few successes that he enjoyed often came from supporting roles. Right from his first film though, Khan showed that he had the potential. All he needed was a good script. The new millennium saw Saif carve a chiselled physique and take up unconventional roles.

The first was Dil Chahta Hai (2001) that marked a turnaroud in his career. He went on to work with Shah Rukh Khan in Kal Ho Naa Ho (2003), but if one carefully looks back at his career, during all these years Khan has been much appreciated for his grey roles.

As the actor turns 47 today (16 August), we look back at the finest grey roles perfected by Khan. Most of these films were not commercial successes but he sure did receive critical acclaim. 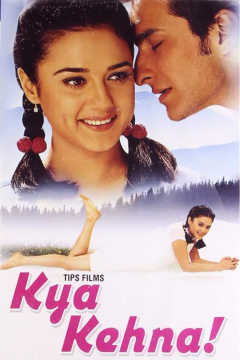 Not many would remember this emotional drama - the story of an unmarried pregnant girl (Preity Zinta) and her father (played by Anupman Kher). Here’s a woman who is  impregnated and dumped by her boy friend Rahul Modi (Khan) but she chooses to give birth to the child instead of aborting it. Now Zinta was the protagonist in the film, and Khan didn’t have much of a role but it takes courage for an actor to play a character that is drastically opposite to the good boy image. Perhaps, Kya Kehna! was a sign for Khan to experiment with grey characters. 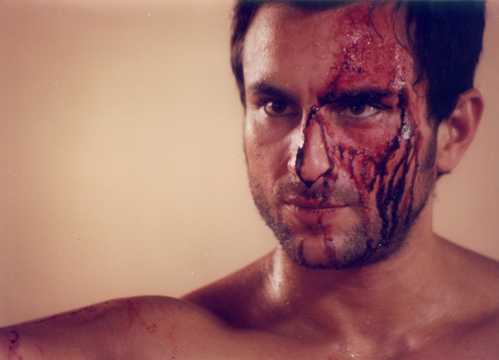 In 2004, Ram Gopal Varma produced this revenge drama, directed by Shriram Raghavan. The plot was said to be inspired by Hollywood film Double Jeopardy (1999). The audience though didn’t complain. Here was a rare film where the hero turned out to be the villain. Khan had shed his wiry frame to sport a chiselled look. More than his physical transformation, he left you stunned with his menacing, cunning display. The audience was left both in awe and shock, as one wondered how Khan's character was capable of such evils.You loved and hated him in the same breath and therein lay Khan's success. Being bad never felt so good. 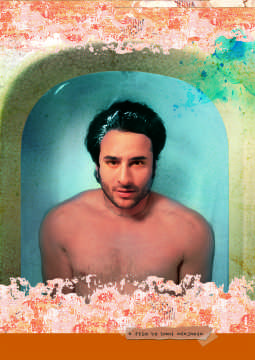 Khan played Cyrus, a con man hired by Tina Sethna (Simone Singh) to dupe the Sethna family. The Tina-Cyrus nexus is only revealed in the end. The language reduced it to a niche film, but Khan, and all the actors were appreciated for their fine performances. Tired of being ordered around like a mongrel, Cyrus plays a double and flees with the booty. He was a sophisticated character, one that left you confused. Should you like him? Should you hate him? Khan impressed all with a refreshing character. 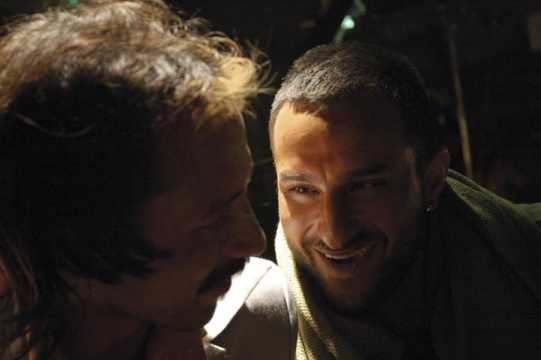 The film wasn’t a commercial success but that was irrelevant, for Vishal Bhardwaj had created an outstanding, classy desi remake of Shakespeare’s Othello.

It wasn’t Omkara (Ajay Devgn) but the limping Langda Tyagi (Saif Ali Khan) who stole the show here. Be it his tanned look or the adapted diction, Khan was anything but a Nawab here. His character was full of envy, a scheming snake, cleverly poisoning the mind. He turns the protagonists against each other. For all his evil though, Khan was cheered on by the audience.

There’s an evil in all of us, most people manage to curb it. Landga Tyagi though was a creative, cinematic manifestation of this inner evil. Khan would go on to pick the Filmfare Best Villain award that year.

Apparently, Khan wasn’t Bhardwaj’s first choice. The acclaimed filmmaker had asked Aamir Khan to do the role, but after initially agreeing to it, creative differences saw Khan opt out. Aamir’s loss was definitely Saif’s gain. 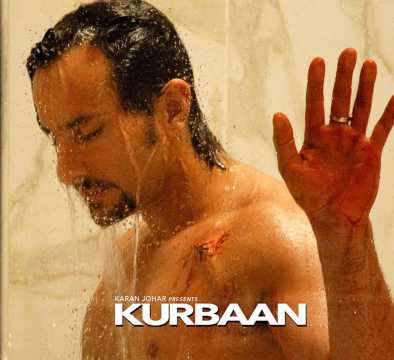 Another underrated film, that didn’t get its full due, was Kurbaan. Perhaps, the aftermath of 9/11 (terror attacks in US in 2001) made such subjects unpopular. Here was a film that was shot in India and in New York, USA. America had just witnessed 9/11 and not many Americans and Indians were keen on watching films based on terror. Perhaps, that’s what went against the film. Kurbaan did little to change the tarnished image of Muslims living abroad post 9/11.

The prime plot wasn’t so compelling, but you couldn't find fault with the actors. Saif Ali Khan led the way here as Ehsaan Khan, who tricks an Indian girl Avantika (Kareena Kapoor) to get an entry in America. Ehsaan is actually Khalid, an Afghan national, who takes to terrorism to avenge the killings of his parents, who are killed in the US bombings in Afghanistan.

After  wooing Avantika with poetry, Khan leaves you stunned when he reveals his true colours. Once in the US, Avantika is kept under house arrest, with the Khalid's family planning a major terror attack in a New York shuttle. The heart eventually conquers the evil as Khalid does the right thing - kills his own family - but fails to escape the bullets of the SWAT (Special Weapons and Tactics) team. Not only does he avert a terror attack, he saves the life of Avantika.

He swept you off your feet with his poetry, romance, and also sent shivers down the spine as the terrorist Khalid. It was his intensity that stood out in Kurbaan. 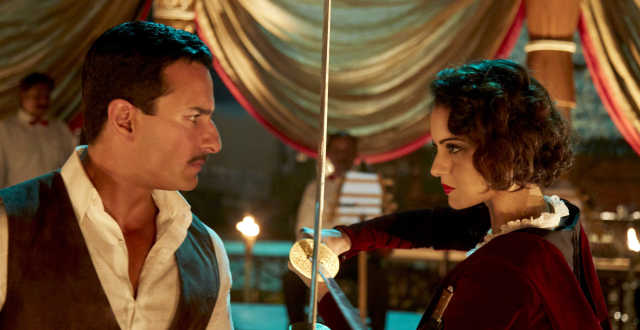 11 years after Omkara, Saif Ali Khan reunited with Vishal Bhardwaj. Set in the pre-Independence era, the film was a total disaster. Shoddy script, poor screenplay meant that the actors had to save the film. Again, you really wouldn’t find faults in the actors, for they did a reasonable job.

Unlike Omkara, Khan found himself playing a Parsi film producer in Rangoon, one who has lost a hand in an accident while shooting for one of his films. Rustom is a selfish man, all that he cares about is money, fame and his muse Julia. He has no patriotic feelings, all that he wants is to get his love back. It’s takes Julia’s death for Rustom to redeem himself and in the process he discovers his love for his motherland. Khan adds another great character to his resume. As Rustom, Khan doesn’t make you cringe like the other protagonists in the film.