Aishwarya made her debut in Hindi cinema with Rahul Rawail’s Aur Pyaar Ho Gaya, which released on 15 August 1997.

There has never been any debate over Aishwarya Rai Bachchan being one of the most gorgeous women to have walked on the planet. However, as an actor, Aishwarya has had her fair share of criticism. She rose to fame as a model and then made India proud by winning the Miss World title in 1994. That was a direct entry to Bollywood.

Aishwarya, though, didn’t take the plunge into cinema. It wasn’t until 1997 that she first appeared on the silver screen, making her debut with Mani Ratnam’s Tamil film, Iruvar. She played a double role, with one of the characters said to be a fictionalised portrayal of former Tamil Nadu chief minister, the late Jayalalithaa.

Aishwarya would make her debut in Hindi cinema with Rahul Rawail’s Aur Pyaar Ho Gaya (1997). The film released on 15 August, but Aishwarya's acting wasn't worth making the audience sit through her wooden performance. 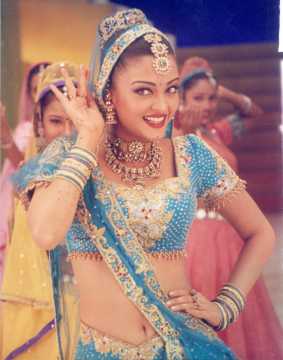 After a forgettable debut in 1997, Aishwarya had three releases in 1999. First of which was the light-hearted romantic comedy, Aa Ab Laut Chale. The film didn’t do well commercially. It took Sanjay Leela Bhansali's Hum Dil De Chuke Sanam to give Aishwarya her first success.

As an actor she was raw, but she was gifted with natural beauty. Who better than Bhansali to tap into this beauty. Extravagant designer clothes, the palatial setting, Aishwarya as Nandini looked like true a royal. There was a stark improvement in her acting as she pulled off the character with elan.

Aishwarya's role is essentially divided in two halves — the first sees Nandini as the jovial, bubbly young girl who loses her heart to Sameer (Salman Khan), dances like a dream, while in the second half Nandini is a disturbed, depressed wife forced to marry someone against her wishes. She was far from perfect playing the second part, but the tight screenplay and Bhansali’s direction ensured that the film was widely accepted. Aishwarya walked away with her head held high and her maiden Filmfare award for best actress. 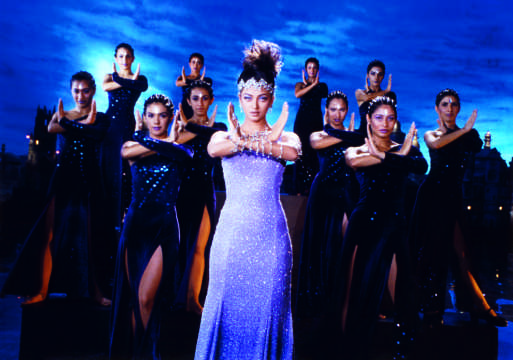 Following the success of Hum Dil De Chuke Sanam, Aishwarya delivered another hit performance in Subhash Ghai’s musical, Taal. Mansi was a humble singer from Chamba who loses her heart to Manav (Akshaye Khanna), a non-resident Indian, but desi at heart. This was a classic love story of the rich and poor. Mansi not only realises that Manav’s family gave her father Tara Babu (Alok Nath) false promises, but she is aghast to learn that their music has been illegally used by Vikrant Kapoor (Anil Kapoor). Mansi believes that it is Manav and his family that sold Vikrant a dummy.

Taal scored more for its music. The plot had its share of melodrama, and Aishwarya earned her stripes here. Taal will forever be known as a musical and visual treat. The latter was purely because of Aishwarya. 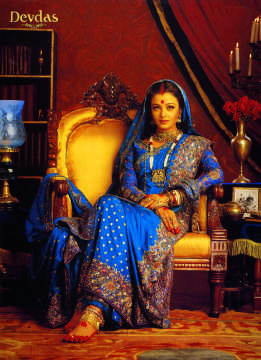 Aishwarya reunited with Sanjay Leela Bhansali in the magnum opus Devdas, an adaption of Sharat Chandra Chattopadhyay’s famous novel of the same name. Bhansali upped the scales of opulence. Designer clothes, jewels, grand sets, Chattopadhyay himself never would have imagined that his story would be told with such grandeur. Back then, it set a record for the most expensive film, reportedly made at a budget of Rs50 crore.

Aishwarya was cast as the iconic Parvati, fondly called Paro. It was a challenging role for Aishwarya, and truth be told, her performance wasn’t consistent. However, the collective efforts of Shah Rukh Khan, Madhuri Dixit and Bhansali, made Devdas a must watch. Aishwarya, Khan and Dixit picked the acting honours at the Filmfare awards. That was the last time Aishwarya picked up the Filmfare award for best actress. 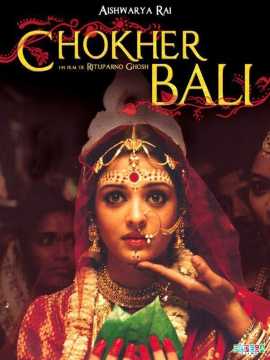 Regarded as one of the finest Bengali films, Chokher Bali is also rated as perhaps Aishwarya's finest performance. She played Binodini, an attractive young widow in the early 20th century Bengal. The film is based on Rabindranath Tagore’s novel, Binodini.

Binodini is rejected by two men, and she marries a local who dies within a year. Remarriage was not an option then. Circumstances lead to Binodini meeting the two men who had rejected her. Entertainment website Variety.com had described the film as 'a slow-burning, dialogue-driven but still highly cinematic drama lit by a radiant performance from Rai'. 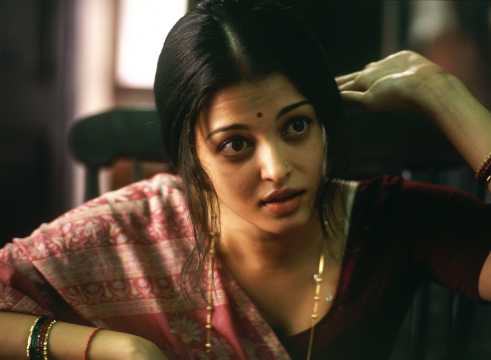 After Chokher Bali, Aishwarya collaborated with the late Rituparno Ghosh for Raincoat. It tells the story of two lovers, Neerja (Aishwarya) and Mannu (Ajay Devgn), separated by destiny, who meet again one day. This encounter allows each to realise the truth about the lives they are living. It is an adaptation of the short story, The Gift of the Magi (1906) by O Henry and is the inspiration of Mithaq Kazimi's English adaptation of the film, Through Her Eyes.

Raincoat is counted among Aishwarya's best performances, and as Neerja, the former Miss World appeared to have shed her inhibitions about looking unglamorous. She made an earnest effort to emote, using less of her body and limbs and more of her face, and eyes in particular. 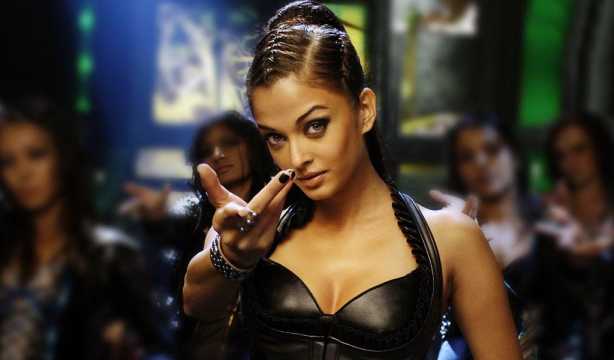 Sanjay Leela Bhansali, Rituparno Ghosh seemed to have unearthed the more traditional beauty in Aishwarya. With Dhoom 2, she unleashed the sexy siren in her. Following the success of the first film in 2004, Yash Raj Films launched the second film with Hrithik Roshan and Aishwarya playing the anti-hero/heroine. With high octane chases, cerebral heists, peppy music, Dhoom 2 was an out-and-out entertainer. Aishwarya raised the bar with her sensual dance moves. There was no unnecessary melodrama as she chipped in with a measured performance. Her chemistry with Hrithik Roshan was the highlight of the film. 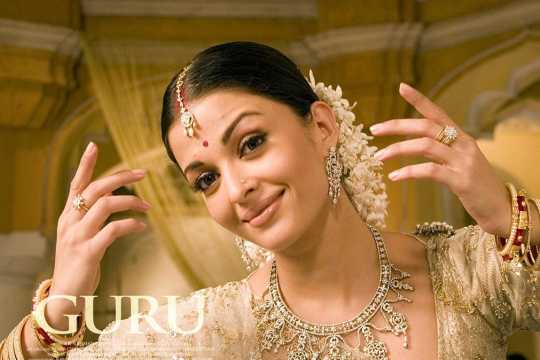 Aishwarya found her life partner in Abhishek Bachchan. The duo had worked together earlier, but Guru stands out as their finest performance as a pair. Mani Ratnam’s Guru was loosely based on the life of late business tycoon Dhirubhai Ambani. Aishwarya played Sujata, the doting wife of the ambitious young man, Gurukant Desai (Abhishek). Aishwarya was more than happy to play second fiddle to him. After all, the film was all about Guru. Aishwarya emotes well as the wife who stands by her husband through thick and thin. The chemistry between the off-screen couple sets the screen afire. The success of Guru was doubly sweet as Aishwarya married Abhishek a few months later. 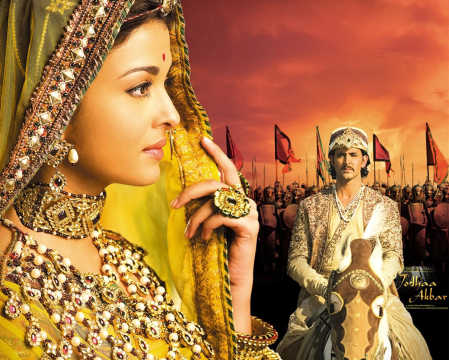 Ashutosh Gowariker’s magnum opus took us back in time, but the portrayal of Emperor Akbar and Jodhaa Bai was vastly different from what had been seen before. For generations, Akbar was synonymous with the big burly Prithiviraj Kapoor. In Hrithik Roshan, we saw a young Akbar, while there wasn’t anyone better than Aishwarya to play Jodhaa. Words were not enough to sing praise of Jodhaa’s beauty, but Aishwarya was impeccable in her performance. She also learned sword fighting for her role.