On 15th August, the day India acquired her freedom, we chart dominant themes and events in the nearly eight decades of Hindi cinema since the 1940s.

Indian cinema began in 1913 with Dhundiraj Govind Phalke's (better known as Dadasaheb Phalke) Raja Harishchandra — a full length feature based on the life of Raja Harishchandra, an upright and righteous king. During its inception, Indian cinema was more like an extension of theatre. Plays that made it big on stage, especially mythological stories, were adapted for the reel.

However, a few decades later, the real potential of cinema was recognised and cinema no longer remained only a reflection of society but became a means to influence the society. As Bertolt Brecht, the famous poet, playwright, and theatre director of the 20th century, once said, “Art is not a mirror held up to reality but a hammer with which to shape it.” Thus, films bringing awareness on social and political progress. Over the years, subjects and ideas in films changed, as per the dictates of time.

Celebrating India's 70th, we chart dominant themes and events in the nearly eight decades of Hindi cinema since the 1940s.

This decade proved to be politically eventful, not only for India, but the entire world. World War II and the Indian Independence affected and brought responses from the cinema as well. Owing to the World War II, a Film Advisory Board was set up in Bombay to mobilise public support through war propaganda films in 1940. The board was given the monopoly to control the overall raw film stock in the country which resulted in the sudden drop of productions in Hindi cinema. By 1941, only 78 films were produced as opposed to 154 films produced in 1935. The monopoly was done away with only in 1945.

By the start of the decade, filmmakers were attempting to contribute to the freedom struggle, beginning with Ram Daryani’s Hindustan Hamara (1940), Shailen Ghose’s Amar Asha (1942), Najmul Hasan Naqvi’s Naya Tarana (1943),  among others. The Quit India movement of 1942 also saw severe efforts of censorship from the British Raj. References to Indian political leaders, the Indian national flag and any patriotic slogans and songs were asked to be omitted from the films. 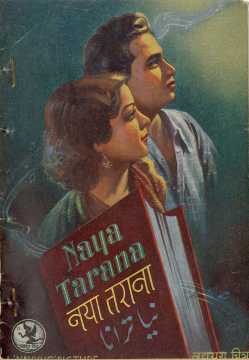 The most commercially successful film of this decade was Gyan Mukherjee’s Kismet (1943), which is said to have earned a record Rs1 crore nett. While the film was based on the identity mismatch trope, it hosted a few themes never before seen on screen — the idea of an anti-hero and the pregnancy of a girl outside wedlock. The film also included the patriotic song ‘Dur Hato Aye Duniya Walo’, which became an instant hit among the masses.

Another film from the decade that requires attention is Ramesh Saigal’s Shaheed (1948). Released the very next year after Independence, the film was based on the freedom struggle. 1948 also marked the establishment of RK Films with its first production Aag, produced and directed by Raj Kapoor.

The 1950s was a crucial decade for Indian cinema. It was now time to reflect on the newly independent country’s state of affairs. Two prominent filmmakers leading the pack were Raj Kapoor and Guru Dutt.

While Raj Kapoor’s blockbusters Awara (1951) and Shree 420 (1955) commented on the societal evils and paved the way for a better India, Guru Dutt’s Pyaasa (1957) questioned the very integrity of the freedom, pointing towards the nation’s state of existential crisis. ‘Jinhe Naaz Hai Hind Par Woh Kahan Hai?’ song from the film was a severe criticism of the country and its leaders. 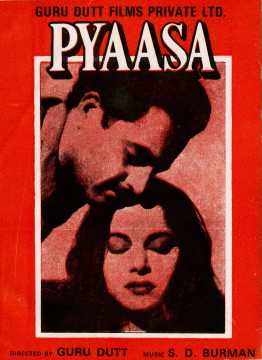 Filmmakers during this time also tried to delve into the idea of ‘India’. While Meboob’s Mother India (1957) was a cry on the concepts of motherhood and motherland, Bimal Roy’s Do Bigha Zamin (1953) explored the heart wrenching hardships faced by ordinary people from rural India. Do Bigha Zamin received a special mention at the Cannes Film Festival. Another film by the director, Sujata (1959) tried to dismantle the caste system, and untouchability.

V Shantaram’s Do Ankhen Barah Haath (1957), based on the subject of reformation of criminals too stressed on the inherent purity of beings; that people become bad only because of their socio-economic conditions. This film walked away with the Best Picture Award at the Berlin Film Festival and the Samuel Goldwyn International Film Award in 1958 for the Best Foreign Motion Picture.

This decade, therefore, was devoted towards the inward reflection on the political and social state of a British free India.

This decade again saw a shift towards the romance genre. K Asif’s period drama Mughal-E-Azam (1960) became the highest grosser with an earning of approximately Rs5.5 crore. This film was followed by many other love stories, HS Rawail’s Mere Mehboob (1963), Raj Kapoor’s Sangam (1964), Shakti Samanta’s Aradhana (1969), among others.

The craze for shooting abroad began in 1964 when Raj Kapoor’s Sangam was extensively shot abroad and the trend of family drama began with Yash Chopra’s Waqt (1965). 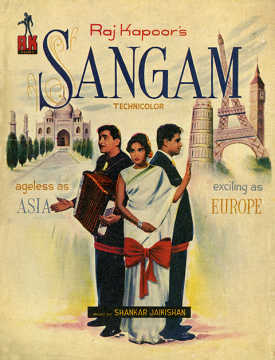 Another important trend setter was Mrinal Sen’s Bhuvan Shome that became a precedent for the success of low budget films. Owing to the subject and popularity of Bhuvan Shome, the Film Finance Corporation, founded in 1960, declared its a new policy of backing low budget, offbeat films.

However, in 1969 came the superhit Aradhana that brought all attention to the new star Rajesh Khanna. And with him came the romance dramas that primarily revolved around a couple, their separation and the subsequent union.

Picking up on the success of Bhuvan Shome, a new group of filmmakers emerged with films that were not only meant for the box office. Often based on the lives of ordinary people, the films were made in low budgets, often using new artists. 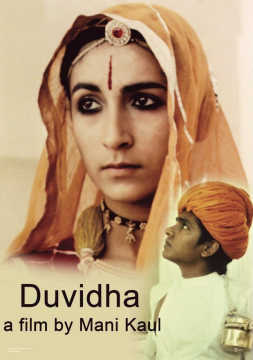 The Indian public, exasperated by two years of Emergency which was established in 1975, welcomed this young angry man with open arms. He became their representative on the big screen, angry and fighting the system and its oppression.

Colour TV was introduced with a live telecast of the Independence Day speech by then Prime Minister Indira Gandhi on 15 August, 1982. This was followed by the Asian Games which were held in November - December of the same year, in Delhi. (source: Doordarshan website)

According to an India Today report, the audiences were so amazed at the sight of colour on TV that they were ready to spend as much as Rs8,000 on an Indian set and up to Rs15,000 on the imported version. This came as a hit to the film industry as a diminishing turn out at the cinema halls brought them tremendous losses. 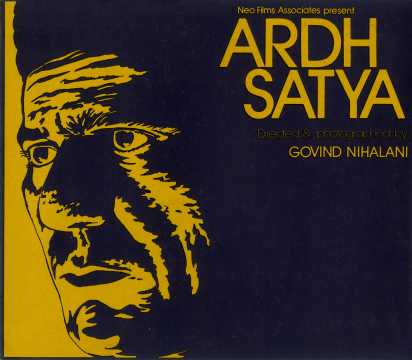 This decade was predominantly dominated by the big budget films from the stables of Dharma Productions [Kuch Kuch Hota Hai (1998)], Rajshri Productions [Hum Aapke Hai Koun...! (1994) and Hum Saath-Saath Hain (1999)], Mukta Arts [Taal (1999)], and Yash Raj Films [Dil To Pagal Hai (1997)]. The characters in these films were larger-than-life, who lived in a larger-than-life Indian cultural setting. 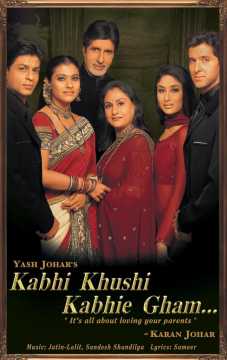 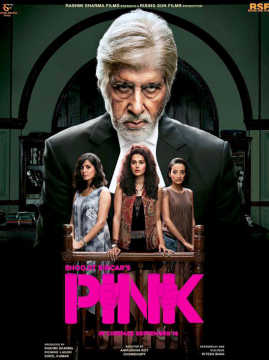 Hindi cinema has come a long way. In the last two decades films came to be measured not for their content but the star cast. This trend, too, is slowly turning around.

The recent failure of star studded films like Tubelight, Jagga Jasoos and Jab Harry Met Sejal, prompt that the audience now is not looking for faces in a film, but stories. Offbeat actors like Irrfan Khan and Nawazuddin Siddiqui have enjoyed meteoric rise in the industry for their stellar performances.

The future of Hindi cinema is bright and worth looking forward to for the next 70 years.