For his sixth death anniversary (he died on 14 August 2011), we present 10 facts you may not have heard about Hindi cinema's everlasting hero, Shammi Kapoor.

The second son of legendary actor Prithviraj Kapoor, Shammi Kapoor had a lot of expectations on his shoulders. He was vastly different in style from his father and older brother, Raj, with a Western air that brought to mind actor-singer Elvis Presley.

He struggled with the early part of his career, as many as 18 of his films failed. But he reinvented himself with Tumsa Nahin Dekha (1957) and there was no looking back. The charming, irrepressible actor finally won a Filmfare award for best actor with Brahmachari (1968) and continued acting until the late 1990s. His last film role was with grand-nephew Ranbir in Imtiaz Ali’s Rockstar (2011) which released in November after his death on 14 August.

In his six-decade career, Shammi Kapoor made over 130 films. Here are some facts you may not have known about the actor. 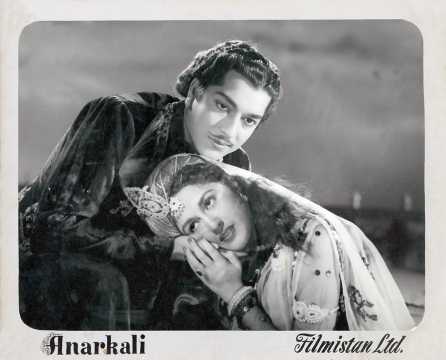 1. Producer S Mukherjee directed Shammi Kapoor in his first screen test for Nandlal Jaswantlal's Anarkali (1953). Kapoor missed out on the lead role of Salim which went to Pradeep Kumar instead. Anarkali led the box office as the top grosser that year. 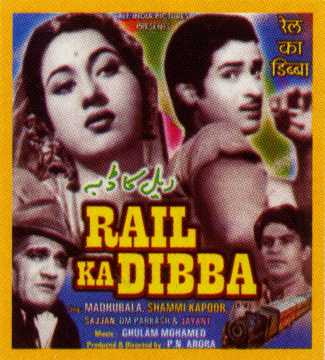 2. The first film Shammi Kapoor signed in his career never actually materialised. Aspi Irani chose Shammi for his Main Aur Woh (1951) with Madhubala for Rs500 a month. The mahurat of the film was performed, but the film never even reached the shooting stage. Eventually, Rail Ka Dibba (1953), which was the second film he worked on, became his first film to release in theatres. His co-star in the film was Madhubala. 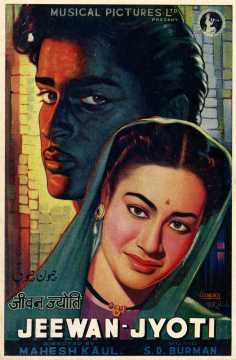 3. In one of his earliest films, Jeewan Jyoti (1953), Shammi Kapoor also sang a few lines with music composer SD Burman and Asha Bhosle. The film was a remake of the hit Marathi movie, Bala Jo Jo Re (1950) and introduced a new actress, Chand Usmani, opposite him. 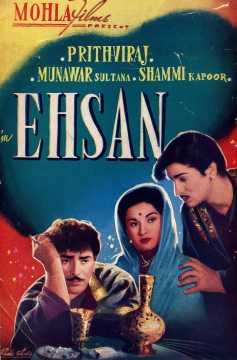 4. He acted with his father Prithviraj Kapoor in four films. In their first film together, Ehsan (1954), Prithviraj Kapoor played his older brother. Actresses Munawwar Sultana and Naaz, Mumtaz's mother, were cast opposite them. He later played Shammi's onscreen father in several of the films they worked together in.

5. Shammi Kapoor almost appeared in a Hollywood film. Director George Cukor initially cast him opposite Ava Gardner as her Indian boyfriend in Bhowani Junction (1956), an adaptation of the novel by John Master. The Indian government denied the filmmakers permission to shoot in the country and when the film was eventually shot in Pakistan, actor Francis Matthews took up the role.

6. Shammi Kapoor's breakthrough film was Nasir Hussain's directorial debut, Tumsa Nahin Dekha (1957). Produced by S Mukherjee, who remembered Kapoor from his first screen test, cast him as the manly hero in this instant blockbuster. It was also the first time that he uttered the iconic word 'Yahoo' onscreen. It would go on to have a significant impact a few years later on his career.

7. 'Yahoo! Chahe Mujhe Koi Junglee Kahe' from Junglee (1961), arguably Shammi Kapoor's most famous song, didn't have him originally shouting out that memorable cry. It was his friend, the actor and writer Prayag Raaj, who recorded it instead. The film, also actress Saira Banu's debut, was once titled Mr Hitler.

8. After nearly appearing in Cukor's Bhowani Junction, Shammi acted in Krishna Shah's Shalimar (1978) with Hollywood actors Rex Harrison, John Saxon and Sylvia Miles, while the lead actors were Dharmendra and Zeenat Aman. The English version of the film was called Raiders of the Sacred Stone. This would be the last time Mohammed Rafi's voice was used for Shammi.

9. His directorial debut Manoranjan (1974) was a remake of Billy Wilder's Irma La Douce with Jack Lemmon and Shirley MacLaine. The film starring Sanjeev Kumar and Zeenat Aman was rejected by audiences and critics for its controversial subject of prostitution. Shammi went on to direct fantasy-inspired Bundal Baaz (1976) with Rajesh Khanna playing a Phantom-like character.

10. In 1991, he acted in younger brother Shashi Kapoor's first and only directorial venture Ajooba. With Amitabh Bachchan in the lead role, the film was based on several Arabian fables. Ajooba had a Soviet release as Vozvrashcheniye Bagdadskogo Vora and was co-directed by the Russian filmmaker Gennadi Vasilyev.