The actor-filmmaker won accolades for his roles and films in both Hindi and Marathi cinema. On his 29th death anniversary (he died on 13 August 1988), here are seven things you probably didn’t know about the accomplished man, Gajanan Jagirdar.

Character actor Gajanan Jagirdar was a part of several films from the 1950s to the 1980s. He appeared in movies like Chhoo Mantar (1956), Hum Dono (1961), Guide (1965), Des Pardes (1978) and Umrao Jaan (1981). Jagirdar started as a freelancer in the industry, in the film studios of Prabhat Films and Minerva Movietone and later acted and directed in a number of films post his accidental debut in Jalti Nishani in 1932.

He was hand-picked by V Shantaram to act in Jalti Nishani when actor DD Mane wasn’t able to say the Urdu dialogues onscreen properly. And even though he was only 25, he enacted the part of a 75-year-old with aplomb.

Here are seven more interesting tidbits about the talented Jagirdar and his career.

1. Jagirdar began acting on the stage as a young child. As he grew older, he formed Arun Players, a theatre group which enacted plays like Harindranath Chattopadhyay’s Returned from Abroad to Anton Chekhov’s The Cherry Orchard. 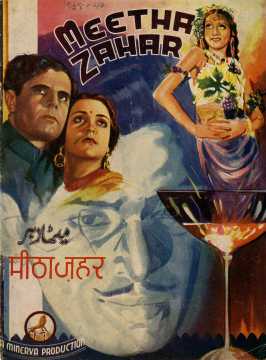 2. Not bound to any one studio, he worked as a freelancer for most of the major films studios of the time — from Prabhat Films to Minerva Movietone. At Prabhat, he began with writing the English intertitles for films. He also taught the Prabhat artistes Urdu dialogue delivery. He assisted Bhalji Pendharkar for a bit and directed a few films like Begunaah (1937) for Master Vinayak’s banner Huns Pictures. Later, he moved on to work as a scenarist (screenwriter) for Minerva Movietone’s Meetha Zahar (1938) and Divorce (1938). He also worked with filmmaker PK Atre both as actor and director in a few films. 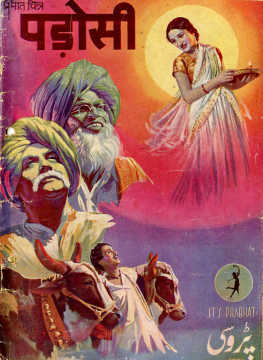 3. For V Shantaram’s last film with Prabhat Films, the famed director took up the issue of communal tension in the country. Jagirdar played the Muslim character Mirza, while Mazhar Khan played the Hindu character, Thakur in the bilingual. Padosi was a critical and commercial hit at the time.

4. Ramshastri (1944) was a landmark bilingual film on Peshwa Madhavrao’s chief justice and one of the last classics produced by Prabhat Films. The film went through three directors — Raja Nene, Vishram Bedekar shot portions of the film before Gajanan Jagirdar, who was playing the lead character Ramshastri Prabhune, took over to finish it. It is said that V Shantaram also directed parts of it.

5. In Asit Sen’s Apradhi Kaun? (1957), Jagirdar played double role as two brothers Shrinath and Dinanath. It was a fantastic opportunity for the actor. As the wealthy Shrinath who has inherited all of the ancestral property, Jagirdar was cool and composed. Meanwhile, as the down-on-his-luck brother Dinanath, Jagirdar transformed himself and his body to differentiate the two.

6. Prior to his career in films, Jagirdar was also a teacher and later also taught acting. He became the first principal of the Film and Television Institute of India (FTII) in 1960, but resigned after a year.

7. He wrote two autobiographies that were published in 1971 and 1986, each. Additionally, he also wrote a book on acting which explored the Konstantin Stanislavsky’s method to the craft.