On the actor’s 100th birth anniversary, a closer look at his career with some photographs of his most famous role as Ram in the films produced by Prakash Pictures.

10 August 2017 marks the 100th birth anniversary of actor Prem Adib. Born Shiv Prasad Adib, he was given the screen name Prem Adib by filmmaker Mohan Sinha, who cast him in his first film, Romantic India (1936).

But it wasn’t until Bharat Milap (1942) that Adib gained nationwide notice and fame in the role that he has always been remembered for. From 1942 to 1958, he played the role of Ram eight times in different films. In many of those features, actress Shobhana Samarth was Sita. 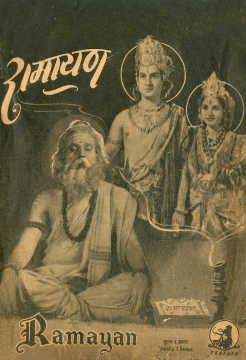 Over the years, Prem Adib played another iconic figure, the revolutionary Bhagat Singh, in Shaheed-e-Azam Bhagat Singh (1954) and produced Dehaati (1937) and Kasam (1947) under his own banner Prem Adib Pictures. But he was always associated with Ram for the majority of his career.

Sadly, the actor died suddenly at the age of 42 on Christmas Day 1959 from a brain haemorrhage. But he lives on in film history with his body of work — over 60 films completed in a 25-year career.

Here, then, from the archives of Prakash Pictures are some rare photographs of Prem Adib as Ram. 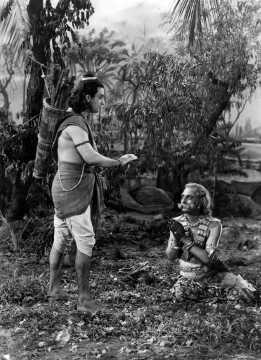 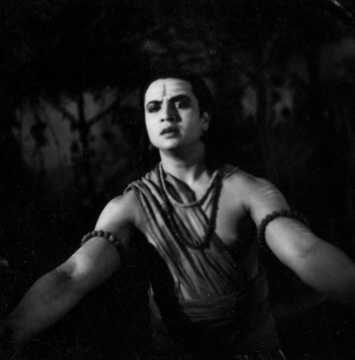 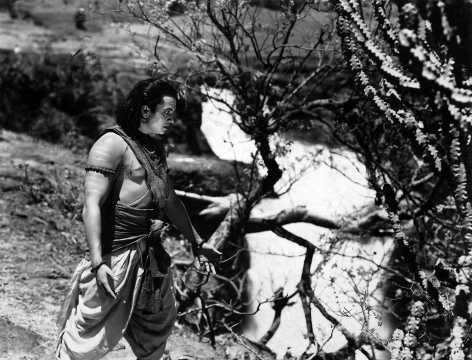 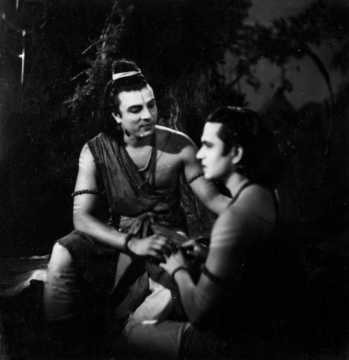 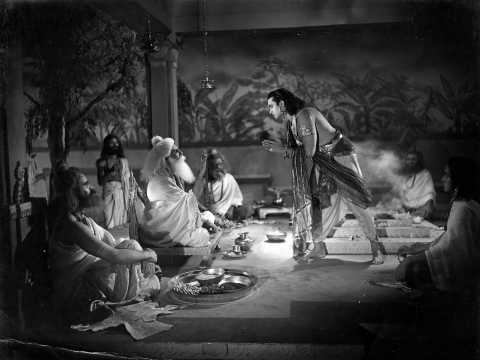