Shah Rukh Khan, Anushka Sharma and Imtiaz Ali reached Benares yesterday to promote their upcoming film Jab Harry Met Sejal. The actor is on a promotional spree across India as he has already visited Gujarat, Rajasthan and Punjab for the same purpose.

The highlight of the trip was their visit to an old paan shop. While travelling across the city of Benares, the trio stopped at a local paan vendor to try different types of paan varieties. Going by the pictures provided by the makers, they seem to have enjoyed the taste of paans, which they fed each other.

As per reports, along with the traditional Banarasi paan, they also tried the chilled meetha paan (sweet paan). In one of the pictures, Khan is seen shaking hands with the paan vendor, too.

It is very rare for Hindi film celebrities to visit small towns of the country, promoting their films. So, obviously, a huge crowd amounting thousands thronged the place to catch a glimpse of their favourite stars. SRK took a selfie with his actress, director and the fans.

Later in the day, SRK posted a couple of pictures on his Twitter page and wrote, “Harry, Sejal & Imtiaz had a great time in Varanasi... thank u all for coming & big thanks to @ManojTiwariMP #JHMSInVaranasi.”

Jab Harry Met Sejal is set to be released on Friday, 4 August. 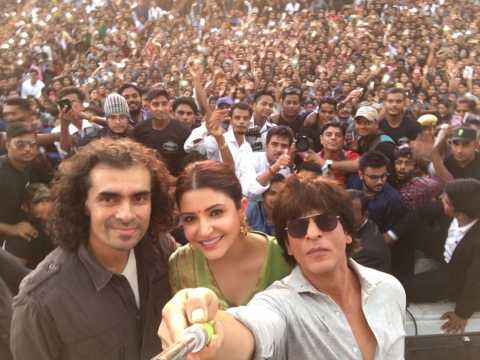 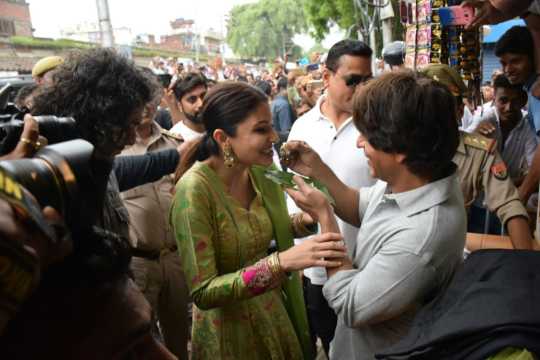 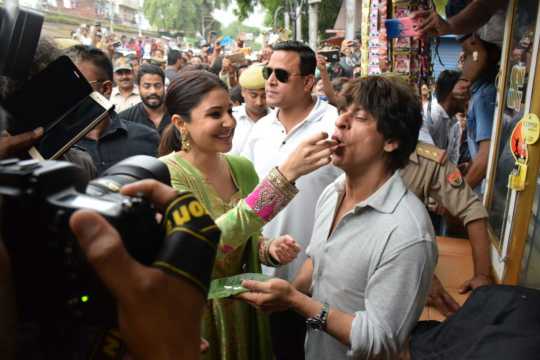 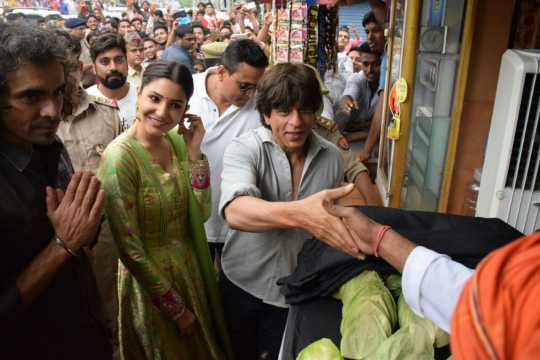